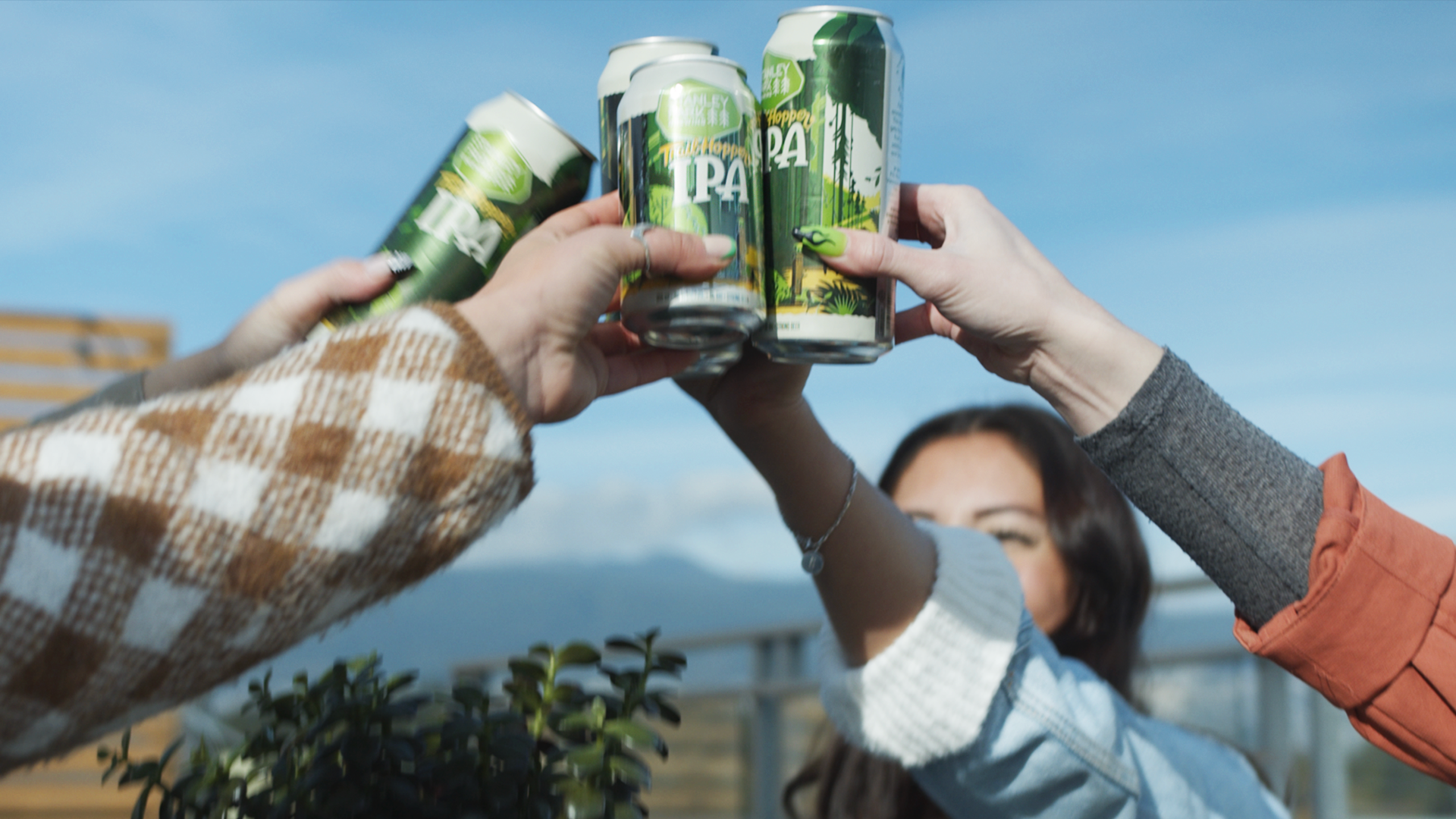 The invigoration and satisfaction that come with time spent in nature are at the core of what Stanley Park Brewing tries to capture in every one of its beers.

Its distinctive brews are inspired by the everyday occasions and little adventures that West Coasters find just outside our doors — especially in that local gem known as Stanley Park.

It will come as no surprise then that the brewery’s award-winning Trail Hopper IPA is no different. Like walking along a footpath in one of our province’s many lush rainforests, you’re met with aromas of citrus, tropical fruit, and earthy pine before you can even take a sip.

The full-bodied and juicy beer recently won Canada Gold for American IPA in the World Beer Awards earlier this year and largely has its brewmaster to thank for the accolades. 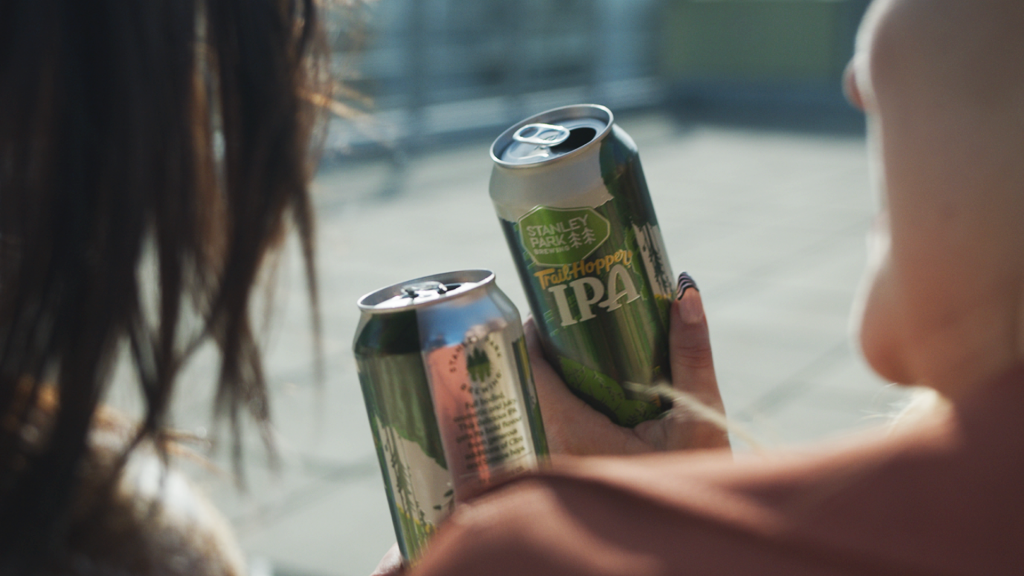 Thom Riley is Stanley Park’s brewmaster and the architect behind the bold and citrusy brew. He describes it, in his own words, as being “a really drinkable IPA that still very much fits into the style.”

Though he continues to take inspiration from BC’s untamed wilderness, his passion for beer was ignited across the pond in Edinburgh, Scotland. There, he developed his zeal for creating a wide range of beers before heading to Canada’s West Coast to push the bounds of our booming brewing scene.

As the story goes, Riley was actually studying astrophysics when he unearthed his passion for beer-making as a student. “I got into homebrewing, and it was really just more of making cheap beer for everyone to enjoy,” he tells us.

While astrophysics and beer apparently have more in common than you might think, he ultimately opted to pursue the latter. Post-graduation, he and his wife decided to embark on travels — arriving in Vancouver just as the craft brew scene was taking off.

Though his reputation transcends the local stage, it’s amidst the trails of Stanley Park that he feels most moved to cultivate new flavours. The Stanley Park Brewing Brewpub and Restaurant, which opened last year in 2019, is itself homed in a revitalized heritage building located at the Beach Avenue entrance of the park.

“[We use] brewing science to bring the spirit of Stanley Park to life with every sip of our carefully crafted beers,” says Riley. 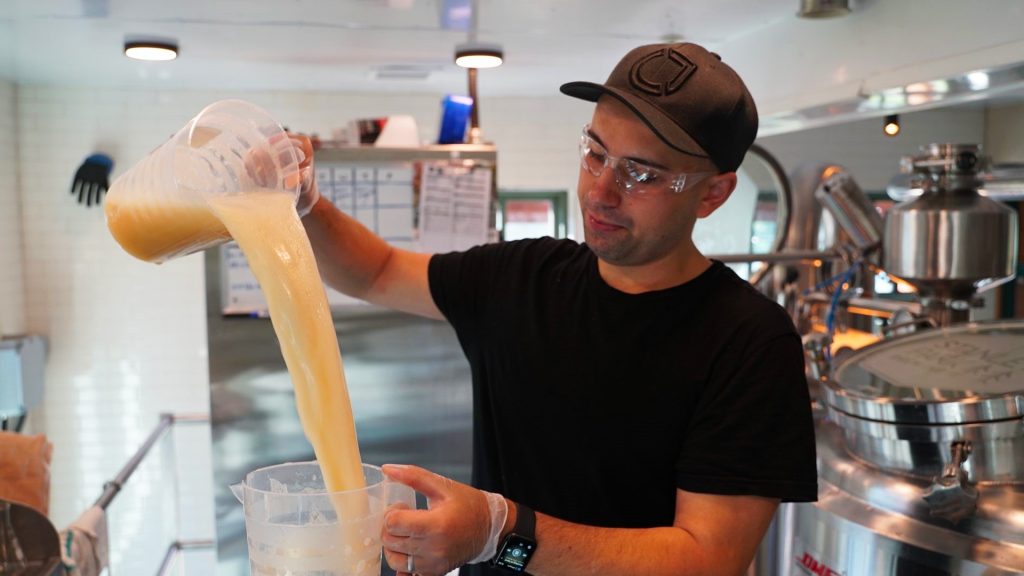 No matter what’s in the tank, Riley’s vision is to “nod to tradition, while embracing new innovative styles to stay ahead of the next big thing.” When it comes to Trail Hopper, in particular, the goal was to create an approachable West Coast-inspired IPA.

The surrounding people and places serve as constant inspiration. “Being here in the park, people have just walked the Seawall, they’ve been for bike rides, they’ve gone and played pitch and putt. We’re just here to be the beer at the end of the day,” he adds.

As an open-minded brewer, Riley is not afraid to approach things a little differently than other brands might.

In the past few years, the brewery has gone to lengths to make ideation and experimentation a key component — the process behind the Trail Hopper IPA being no different. Approachability, he stipulates, is something they strive for with every new brew.

“We really [try] to make drinkable beer that keeps people coming back for more,” he says. Stanley Park brews are also completely unfiltered, which allows their beers to retain all of that quirky, yeasty flavour. Their unique means of dry-hopping also gives their drinks that extra hop flavour and scent.

“The coolest thing we have about the facility that we have here is it was really designed with experimentation at the core,” Riley explains. “We might have an idea one week and the next week, we’ve got it in the brewhouse.” 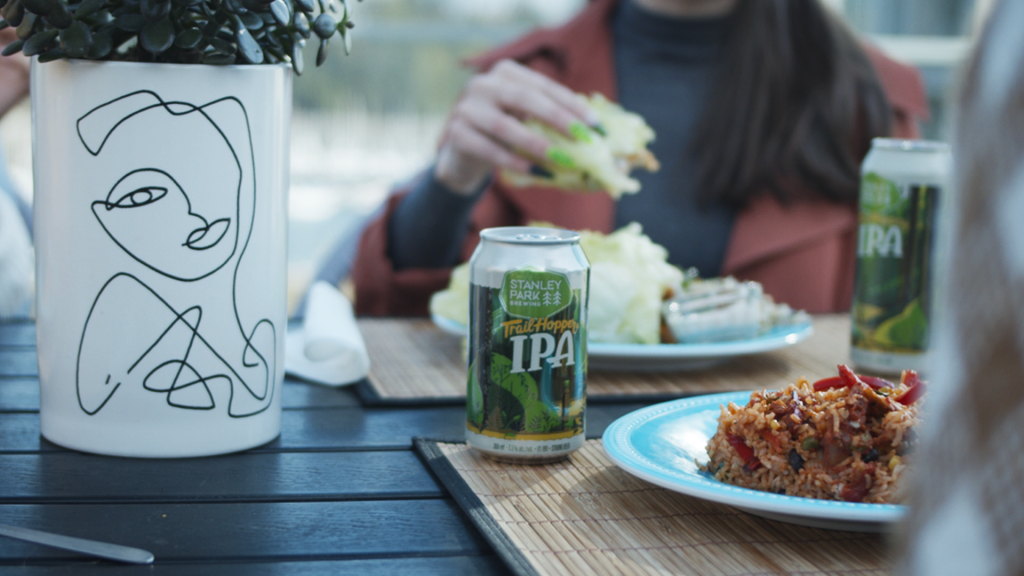 Naturally, many of the brand’s other beers are deserving of attention — and when it comes to beer we’re not one to discriminate.

The Electro Lager, on the other hand, is much a much lighter medium-bodied beer that punches in at only 90 calories. Waypoint Hazy Pale Ale, the last of the pack, makes for a pint full of grapefruit citrus and tropical fruit flavours.

“The response has been great across the bar. People are super into trying these new things that we’re doing,” says Riley. 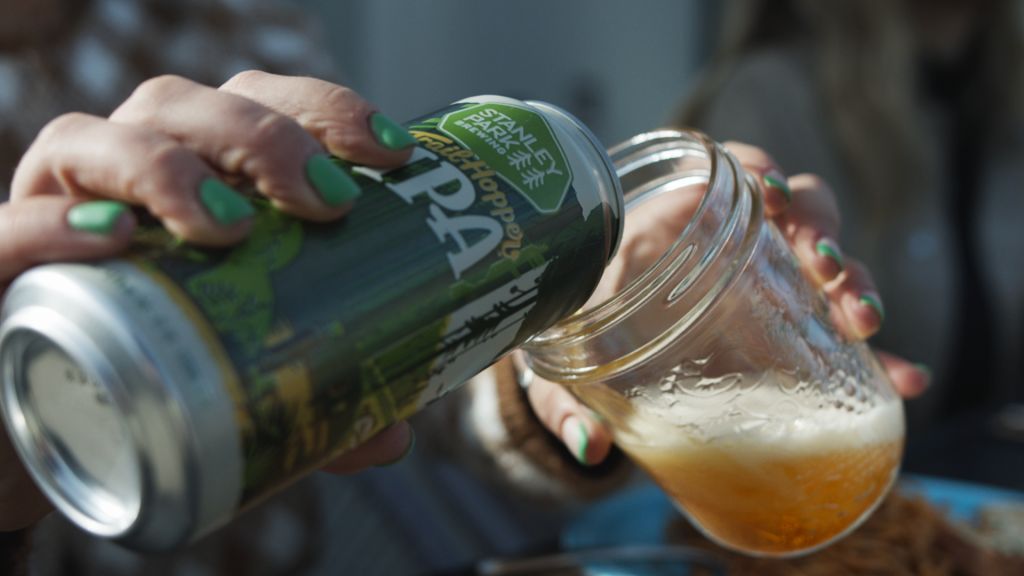 As for the award-winning Trail Hopper IPA, Riley challenges even the most IPA-averse beer drinkers to give it a try. Taking a stand against “polarizing” IPAs, Trail Hopper is an approachable brew everyone can sip on.

Sounds like we’ll have to grab some for our next foray into nature.

To grab your own mix pack or get your paws on Stanley Park Brewing’s award-winning Trail Hopper IPA, you drop by your local BC Liquor Store or visit stanleyparkbrewing.com/our-beer/.