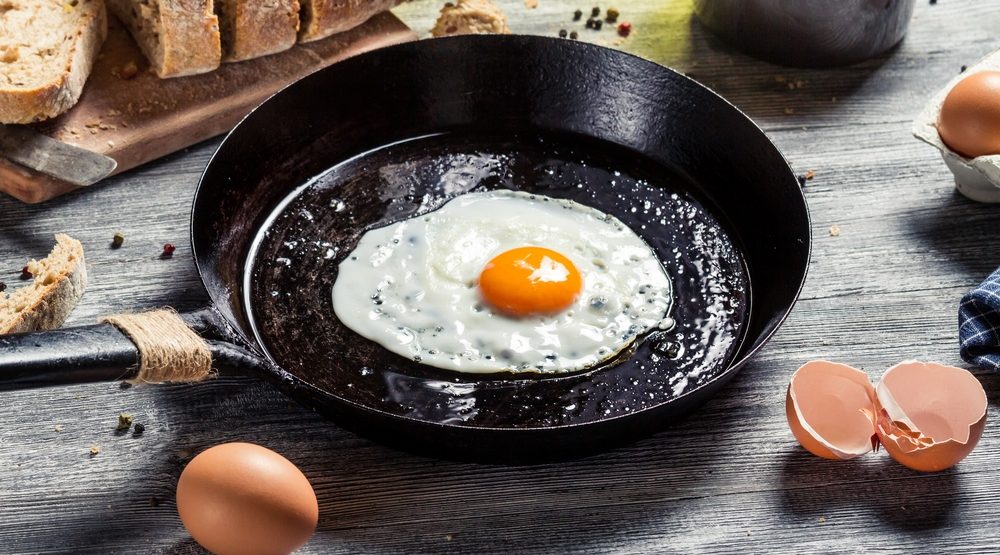 Well this is a head scratcher, and probably a good reminder to lock your doors.

A 35-year-old man entered a home through and unlocked door at around 8 on Tuesday night near Cambie and King Edward Avenue. Instead of doing the usual break-and-enter kind of stuff, the man took off all of his clothes, grabbed some eggs from the fridge, and began making a meal in the kitchen. The culprit damaged the stove and microwave in the process, according to the Vancouver Police Department.

One of the people who lived there was actually home at the time, too, but he thought it was just his roommate making a ruckus. He got a bit of a rude surprise in the form of a nude man making eggs when he went to check out what was going on.

Obviously, he chased the birthday suit-clad man out of the house and called the police. The intruder was found just a few blocks away, still naked, and was arrested. He’s now being charged with mischief and break-and-enter.

The VPD adds that 1,600 residential break-ins have happened so far this year in Vancouver, and one in three show no signs of forced entry.

Another man was arrested for breaking into an East Vancouver home to cook eggs nude back in 2013, but the two cases are unrelated.