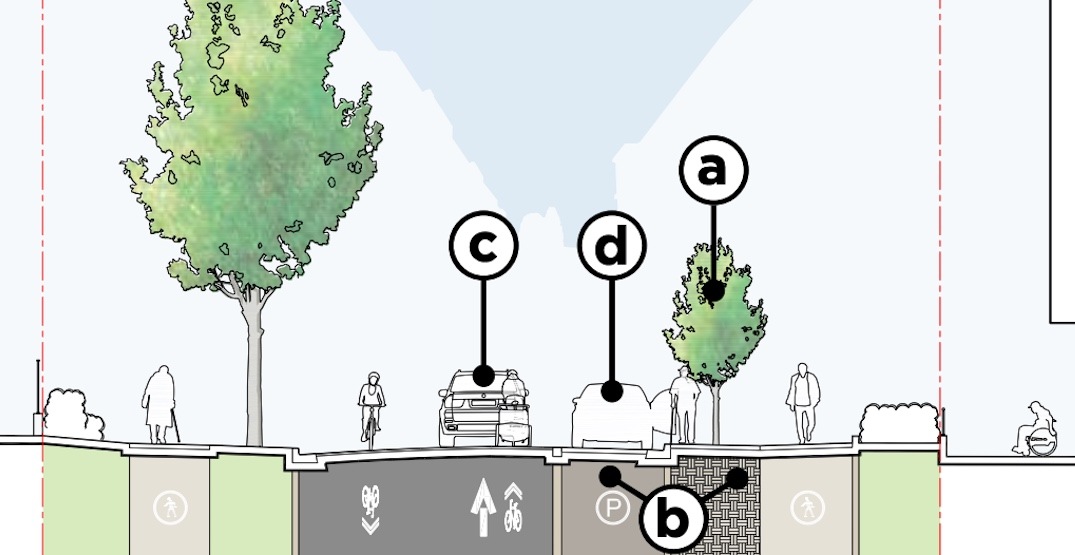 Illustration of a one-way vehicle traffic concept for a segment of Haro Street in downtown Vancouver's West End. (City of Vancouver)

Another utilities upgrade in the City of Vancouver could be paired with bike-friendly street improvements.

Haro Street became a biking corridor in 2012, but the city says the changes at the time only provided signage and paint.

Two options are being considered for segments of the route; the first option — preferred by city staff — entails elements such as curb bulges, raised crosswalks, the removal of over 30 on-street parking spaces, new trees, and space for rainwater capture infrastructure. To achieve this, four blocks would be affected by a new one-way road direction for vehicles.

The second option, closer to the status quo, only makes slight alterations to the street design, with two-way traffic retained for the entire route.

City staff want to reduce Haro Street’s vehicle volumes to below 500 vehicles per day, and achieve a target motor vehicle speed of below 30 km/h.

The city is currently in the public consultation phase of this project. A final recommended design based on the feedback will be created in Spring 2020, with construction beginning later in the year. 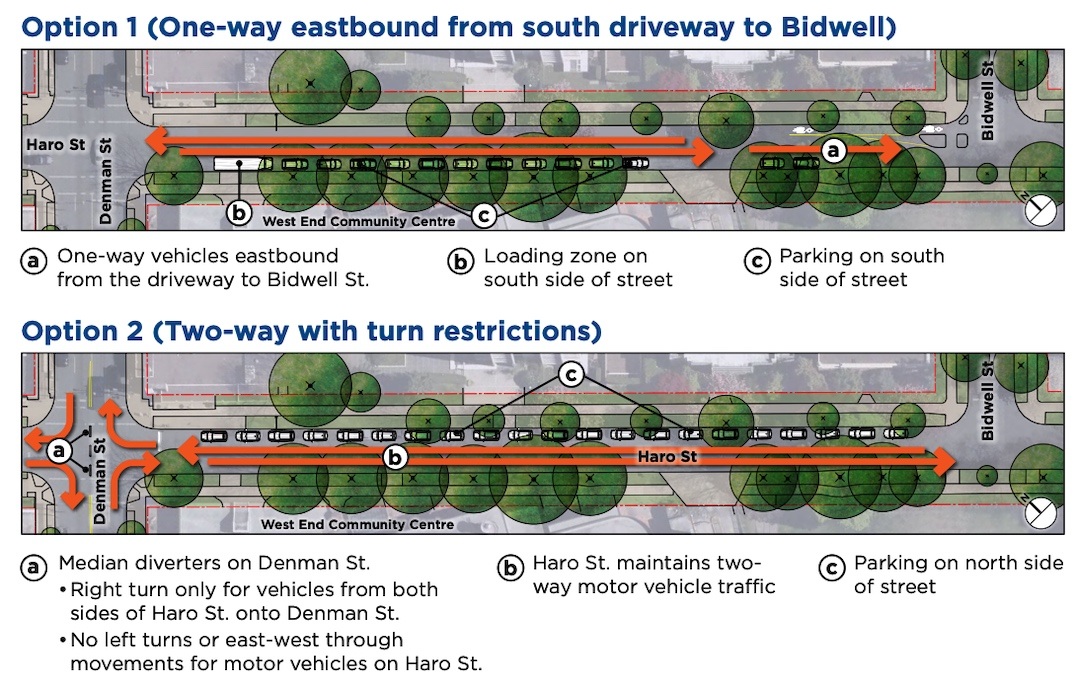