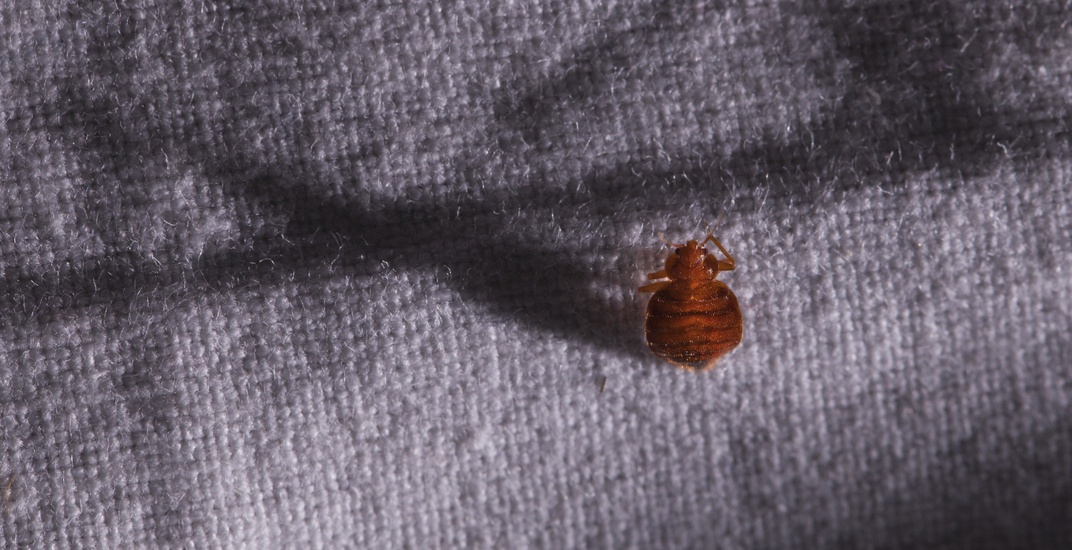 As the old saying goes: “Don’t let the bed bugs bite,” but it may not be that easy for some Vancouverites if a recent report is anything to go by.

In fact Vancouver placed bronze for the Canadian city with the highest rate of these creepy, crawly, sneaky little bugs.

That’s nothing to worry about, though, right?

After all you keep your room clean, and you certainly don’t go shopping for your mattresses in back alleys.

So you couldn’t possibly have bed bugs right?

And the worst part is—it doesn’t even matter how clean your room is.

“It’s one of those thing where people don’t want to admit that it could be [bed bugs], but it has nothing to do with hygiene,” said Onsite Pest Control General Manager Steve Amery in a phone interview with Daily Hive.

“Most people are unaware that the largest demographic that we actually deal with is nurses and social workers, and that’s just because they come into contact with so many people.”

Even living in one of the more desirable areas of Vancouver won’t do much to deter bed bugs, as Amery says that Yaletown is actually Vancouver’s bed bug hotspot.

“There’s a reason our office is planted right along Homer Street, as the main active area and the main hub is around Yaletown,” he said. “It probably always will be. It has a lot to do with the amount of restaurants there, and because it is a high traffic area.”

Amery said that the city saw a big boom of bed bug infestations after Vancouver hosted the 2010 Winter Olympics.

Even just going for an evening cocktail can put you at risk of picking up these nasty hitchhikers, but Amery says that you shouldn’t let it drive you crazy.

“You’re in an environment where you’re going to come across bed bugs. 99% of the time you’re not even going to know that you’re in that environment,” he said. “You’ve got to live your life normally.”

How to avoid bed bugs

According to Amery, the best way to prevent infestation is to throw all your clothes into the washer and dryer directly after returning from vacation, and to have a shower as soon as you get home. If you do that, your chance of transferring bed bugs into your house is pretty low.

He said the worst thing you can do is avoid acknowledging the problem, or attempt to self-treat the infestation.

“The stuff that you buy over the counter isn’t really that good; it’s designed for other insects with a thinner exoskeleton, so what [happens is] you’re actually applying sunscreen to them […] you’re building up the thickness of their skin, essentially,” Amery said.

Already getting the shivers? You’re not alone.

Bed bugs are kind of like ninja-vampire-bugs, with slim bodies that allow them to hide in crevices between furniture. They come out at night for blood and their bites may not even leave a mark, depending on the person.

How to know if you have bed bugs

The first step is realizing that you even have bed bugs, which is not always so easy.

Diego Bermudez, Operation and Sales Manager for Local Pest Control, offered some tips in an email to Daily Hive.

“Many people live with bed bugs without even knowing it,” he said. “Rarely you will be able to feel a bed bug bite, as their saliva has a natural painkiller that numbs the area. The clearest sign is the presence of a single bed bug, however that is often difficult as these pests hide so well.”

Bermudez said that the best way to find out if you have bugs is to look for the following signs:

“If you suspect you might have bed bugs, the best way to go is to book an inspection, where a qualified technician will determine if you have them or not,” he said.

Sheree Swindle, a certified K9 Handler with Bed Bug Mutts, works with dogs that are trained to do just that.

“Knowing how to recognize them and spot the physical evidence they leave behind is the first line of defence,” she said in an email to Daily Hive. “Early detection is critical to shorten the remediation process and keep the costs down.”

What to do about them

If your fears are realized and you do have a few bugs in your bed, you shouldn’t hightail it out of there just yet.

Warrantied treatments are available, and are offered for one bedroom apartments at around $400. That number goes up to roughly $500 for a two bedroom—to cover the cost of additional chemicals.

However, one thing you should definitely avoid is trying to be thrifty when it comes to who you hire.

“Avoid anything from Craigslist; make sure you’re dealing with a licensed, insured, warrantied company,” Amery said.

Finding a company with accreditations from the Structural Pesticide Management Association is recommended to ensure that you don’t continue sharing your Vancouver home—and blood—with these tiny, unwanted guests.