The hype machine has never been bigger for Game of Thrones‘ triumphant return on HBO. While speculations of Jon Snow rule the rumour mill, other casting details have revealed a Vancouver connection. Eva Butterly, a graduate of the Vancouver Academy of Dramatic Arts, is currently filming in Spain and Ireland for Season 6. According to fan sources and other sites, Butterly’s character seems to be part of a theatrical troupe.

We reached Eva Butterly in Ireland to speak about her exciting new role. 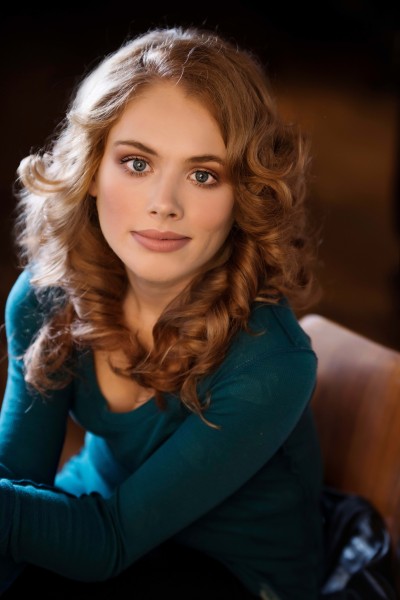 Why did you decide to study in Vancouver?

I’m originally from Ireland. I got a scholarship to study at Vancouver Academy of Dramatic Arts in 2013. It was a six month course that specialized in film, theatre, voice work, audition technique and improvisation. I decided on Canada because you can get a two-year visa to live and work pretty easily – much easier than in the States.

What was the process like for being cast on Game of Thrones?

After graduation, I signed with PS Actors Agency. While I booked a few things after graduating, it was definitely a slow process. For Game of Thrones, they initially selected a few people from all of the agencies in of the region. They whittle it down, and then you send in a video audition. I got the booking in August when I was waiting by my computer, and I was really nervous. It’s kind of like waiting for the boyfriend to call.

It’s like you’re on a film set – it’s on that massive, massive scale. When you arrive on set, you’re handed over to one crew member, and that person makes sure you get to your trailer. You’re also chaperoned to make sure you get into hair and makeup, all at the allocated time. There was lot of pressure making sure this stuff ran like clockwork. I felt really fortunate looking in from the actor’s position – I felt like we had the easier jobs.

There are always fans and paparazzi waiting outside the gate. There was one guy waiting there for 12 hours. We came in the morning and left at night – he was always there with his camera.

What can you tell us about your role?

Our part in the series is going to be a really good one. It’s going to be the humour among a pretty dark season. We’re following one particular character’s storyline, and I got to know that actor pretty well. I met some of the other actors when I went to Belfast to do the initial costume fitting and rehearsal.

As for the role itself, I’m very used to theatre and being big with everything. The goal was trying to play theatre, but you’re also playing that on film, so there was a fine line between too big and what’s right without going overboard.

How has the experience been?

I’m feeling good. It’s been an absolutely amazing experience. It’s the first thing on this scale that I’ve booked. To go from struggling with the acting to meeting all of these important people, getting treated like a celebrity – it’s all kind of overwhelming.

I really need to develop a strategy to deal with it – maybe meditation or something. My parents have been really happy for me. I’ve worked really hard just grinding through it, year after year, not giving up. Hopefully with this role, I’ll be able do more auditions and keep on racking up the credits.

What advice do you have for other actors working to get established?

Have a support network of people that you can go to. In this profession, it can be seen quite lonely and you’re never really sure whether you’re doing the right thing. But if you have other people having the same struggles, then that can help.

I plan on continuing to live in Vancouver on a more permanent basis. It’s an exciting place to be for film and TV.

You can catch Eva Butterly next in her role on The Virtual Stage’s Alien Contagion: Rise of the Zombie Syndrome. You can find some of Butterly’s work on her YouTube channel.