Competitors were given three parameters: Include a fresh summer ingredient, a carbonated ingredient, and one of Grey Goose’s five vodka flavours. 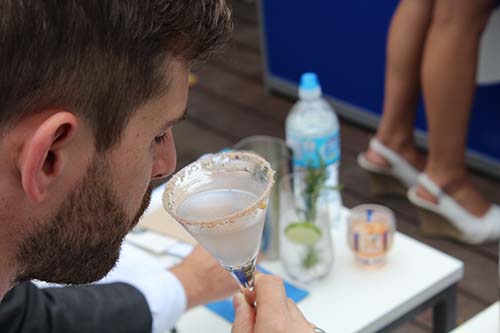 While a simple vodka, soda, and fruit combination would have made the grade, these bar stars took the challenge to a whole new level. We saw competitors create their own infused sodas with soda syphons, use cocktail carbonators to inject their entire drink with carbon dioxide, and even carbonate their fruit garnish (Elise Godwin from UVA Wine & Cocktail Bar served up the tastiest, and fizziest, cantaloupe I’ve ever had!).

But in the end, Kevin Brownlee of Kitsilano’s newly opened AnnaLena was victorious, with Mike Shum of The Fairmont Pacific Rim and Matt Cooke of Homer St. Café & Bar rounding out the top three. Kevin took the judges to school by cleverly creating his own pop rocks which were then used to line the rim of his glass, and had them smiling with his innovative application of carbonation using sugars, rhubarb and sodium bicarbonate. 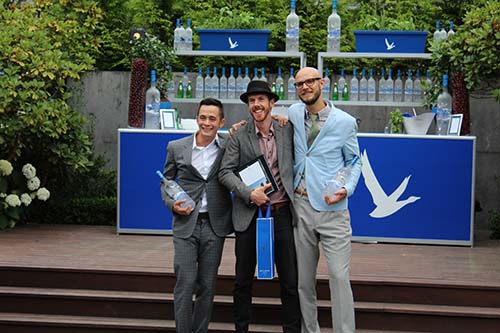 Originally hailing from Winnipeg, Brownlee began his career as a teacher with the Vancouver School Board, but with full-time work hard to come by he filled in the gaps with stints at Coast Restaurant, Rogue and the Pourhouse. Brownlee honed his craft at West Restaurant under cocktail guru David Wolowidnyk (now of CinCin) before taking the reigns at AnnaLena. As winner of the regional finals, he will head to Le Logis, France — the home of Grey Goose — to compete against bartenders from around the world for the prestigious title of Grey Goose Pour Master 2015.

Below, Brownlee shares the recipe for his winning cocktail, ‘Due South’.