Once Our Land is a graphic novel set in 1830s post-apocalyptic Germany, created and published by local artist Peter Ricq. On lucky May Friday the 13th, Ricq will expect over 300 attendees at an interactive art show and book launch on Commercial Drive.

Peter Ricq might be this generation’s version of a Renaissance man. His online portfolio reveals a wide range of creative roles: visual artist, television producer, writer, art director, designer, music composer, and performer. With the release of Once Our Land, Ricq can now add successful Kickstarter fundraiser and graphic novelist to the list. 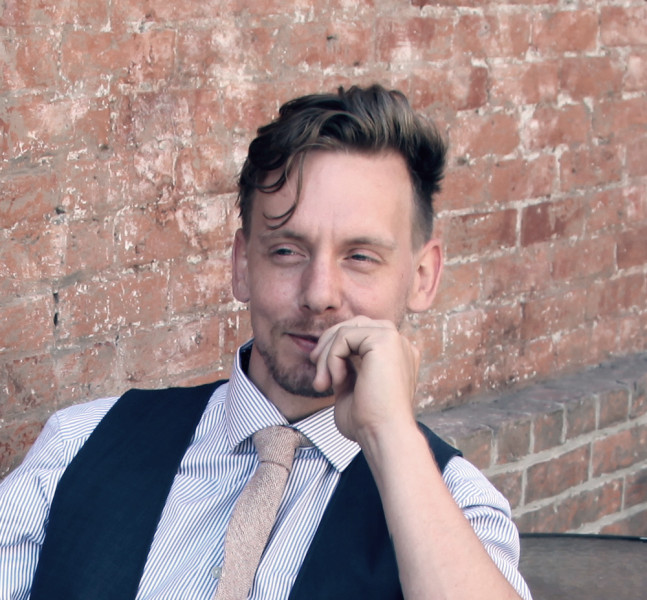 It all comes down to artistic control, Ricq says on the phone with Vancity Buzz. Over the various years and hats of his career, none of the prior creations turned out exactly how he envisioned them. “Older veterans think their ideas are the best, and they may change your initial concept into something that you’re not necessarily behind.” Ricq has always admired movies with a single visionary director, and this solitary approach is how he created his first graphic novel.

Ricq is half German, and traveled throughout the country when he was younger. “There’s a lot of small towns that weren’t destroyed in the war, where they really kept that 1500s feel. I really liked the way older Germany looked, and I wanted to create a story set in that beautiful environment.”

The initial concept behind Once Our Land came to nineteen-year-old Ricq when he was stuck in a telemarketing job. “I showed what I had to my family, and my brother kept on asking me who wrote the story. I said I did, and he’s like, ‘Shut up Peter! But really, who wrote it?'” From that opinionated moment, Ricq knew the idea was destined to go places. 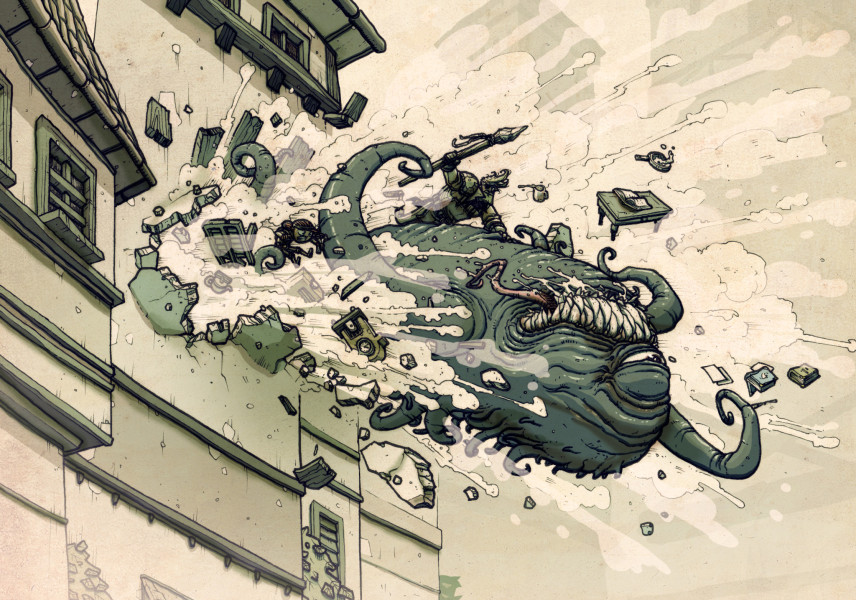 Image: Once Our Land

The first chapter was drawn as standalone concept, and quickly caught the attention of a large, not-to-be-named Canadian publisher. They loved the story and artwork, but wanted Ricq to create additional pages: “The only way I could keep the story going was if I made it post-apocalyptic. I got excited by the idea, because I love stuff like Mad Max.” The relationship didn’t pan out and Ricq eventually walked away from the deal. Instead, he turned to Kickstarter with a completed 110-page graphic novel and a desire to see if the world was interested in Once Our Land.

It turned out that backers were more than interested – the campaign hit and exceeded Ricq’s modest funding goal, printing an initial run of 500 hardcover books for graphic novel enthusiasts worldwide. As many as 80% of Ricq’s pre-orders were from backers in the US. Having a finished book definitely helped his pitch stand out above the rest, and backers were encouraged by the professional artwork and Ricq’s background. 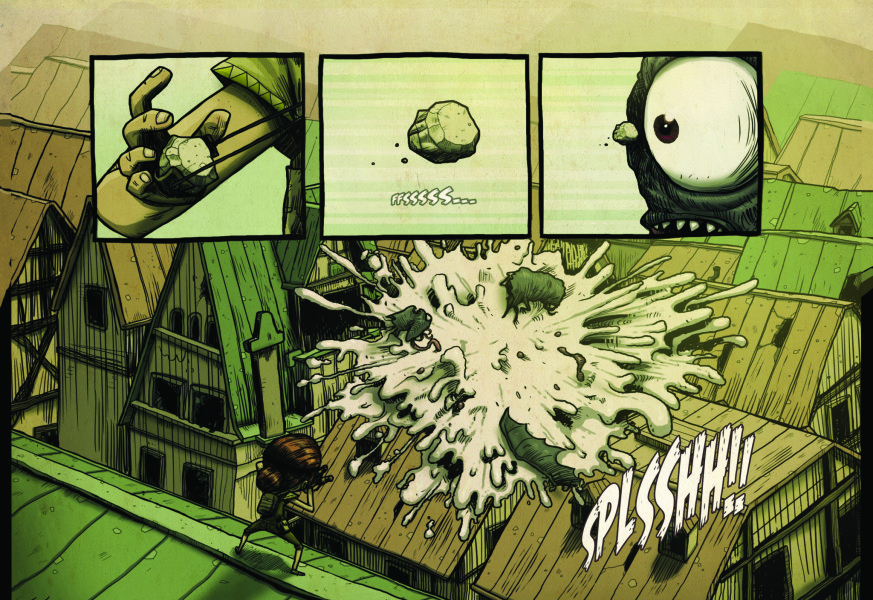 Image: Once Our Land

Copies of Once Our Land will be available for purchase at Ricq’s book launch next week, and he’s promised to sign and doodle as many as he can. This isn’t your stereotypically staid book signing; the multi-talented artist and friends will be performing and spinning throughout the night. Alongside the book’s distinctive artwork, the exhibit will also feature 35 artists from all over the world, including representation from Japan, Spain and Colombia.

Another part of the night gives a nod to Ricq’s fiercely independent method of creative production. “I’m encouraging kids under the age of 16 to showcase their first monster drawing, and I’m going to post it on the wall an add a price tag underneath. It’s to encourage kids to try and sell their first piece of artwork.” It’s just the right blend of creativity and commercialism, and parents may come out of the show with slightly lighter wallets. (But not to worry, as Ricq is quick to reassure us: the complete sale price will go back directly to the aspiring artist.)

Next steps for Vancouver’s unapologetically indie artist? Ricq is in the works on a sequel to Once Our Land, as well as other original concepts. For creatives like Peter Ricq, the graphic novel genre may become one of the best combinations of personal creativity and overall project ownership.