The Scan BC Twitter account is the stuff of legend: amidst legitimate police information are tales of potato guns, attempted pigeon stabbings, and pizza thefts. According to Vancouver artist Kelly Brack, it’s the stuff comic book dreams are made of.

Brack’s newest project was initially inspired after hearing dramatizations of Scan BC tweets on the podcast of director Kevin Smith.

“It turned into a conversation betweenme and a friend of mine,” Brack told Vancity Buzz. “I think very visually, so when I hear them talk about it on the podcast I’m seeing it in my head. So I would just say to my friend ‘I’m going to go and draw this tonight.'”

After drawing up a handful of pages, the idea for “The Scan BC Files” materialized. Initially hesitant, after mocking up a potential cover for the comic, Brack’s creativity began running wild. Drawing up each panel individually, in a starkly detailed style, Brack imports the images into Photoshop for editing. Working with hundreds of images, and playing the role of artist, editor, writer, and producer; Brack says the process is taking a lot longer than he first imagined.

“I have probably a stack of 300 pictures that’s going into this one comic alone,” he says

As far as source material, however, it all becomes worth it. Scan BC is a treasure trove of insanity, of which one of Brack’s favourite is the following tweet:

While the final product is still a few months away, Brack says he’s currently on the look out for someone to share the work.

“The art, the writing, the editing… for one person to do this is monstrous,” he says. “If I can find somebody that’s interested, I’m absolutely willing to do an [issue] two, and a three, and a four if it’s received well.” 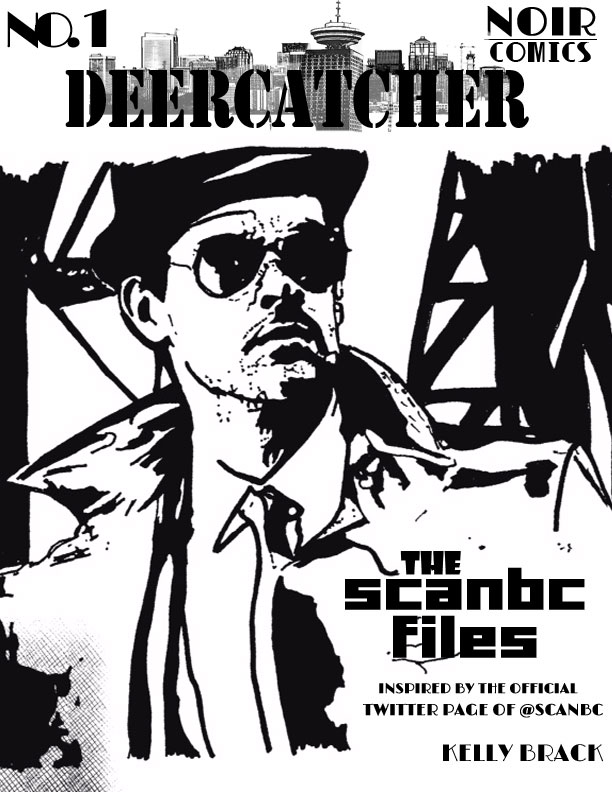