Vancouver violinist Rosemary Siemens’ debut album is out, and it’s showcasing a totally new side of the classical musician.

Siemens is a performer with an impressive background – she’s played at Carnegie Hall four times and is the only contemporary solo instrumentalist to play at the Sistine Chapel. But her new album Rosemary & the Sweet Sound Revival brings her back to her small town roots.

“Last summer I posted a video where I was playing in my dad’s wheat field in Plum Coulee, Manitoba,” she says. “It made for a cool video, and people started sharing it on social media and wanting to hear more.”

“So out of that fun little video I ended up writing and recording this entire album, inspired by my home and the music I grew up with.”

The album plays homage to her love for Bluegrass-music. Songs like Plum Coulee, My Home, The Sweet By and By, and Have A Little Faith all showcase her soulful fiddling, but it’s the album’s first single that really captures Siemens’ complexity.

Barefoot & Bling straddles the pomp and circumstance of classical concerts, and brings in the simplicity of farm life.

“People know that I’m all about the bling. My violin’s name is Sparkle. People know me for my bling and loving to dress up nice, but when I’m on the farm I’m always barefoot – on the grass or in the fields or in my pickup truck,” she says.

“I have my feet in two worlds I guess, and that’s who I am. So I wanted to capture that in a song.” 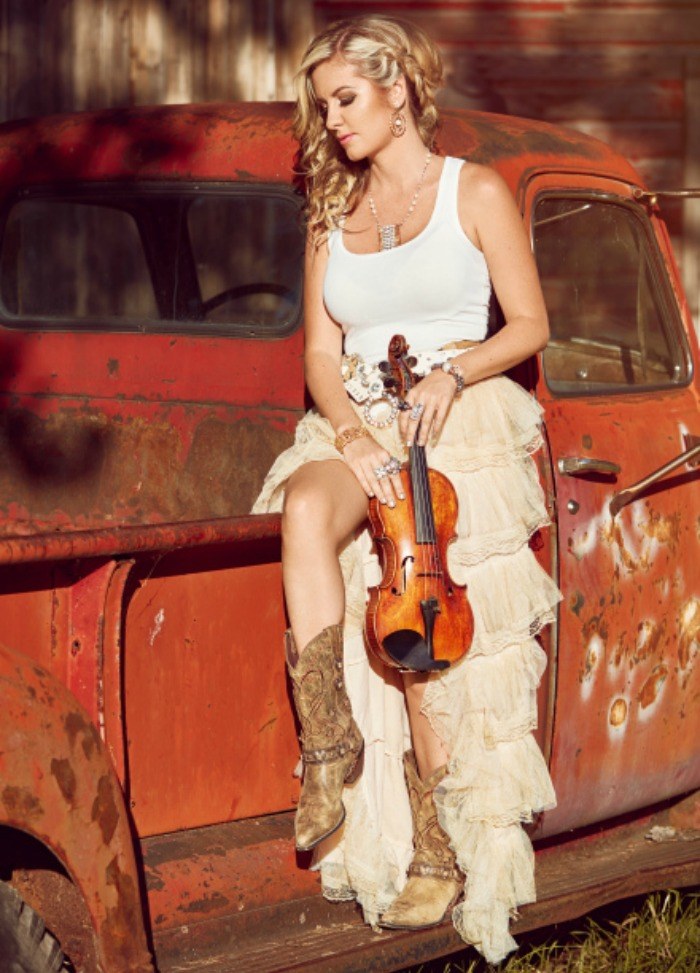 Rosemary & The Sweet Sound Revival was released on October 28, and to celebrate, Siemens is doing two concerts in BC’s Lower Mainland. You can buy the album on iTunes and attend the concerts below to enjoy them in person.

Price: By donation at the door