The City of Vancouver has revealed three conceptual design options for rebuilding the Vancouver Art Gallery’s North Plaza into a vibrant and welcoming public space.

The plaza is bounded by West Georgia, Hornby and Howe Streets and is one of the City of Vancouver’s most prominent and celebrated public spaces. Over the decades, it has played host to everything from cultural festivals, outdoor jazz concerts, public demonstrations to even the 2010 Olympic Countdown Clock.

However, in recent years the plaza’s state has been in decay from age and a lack of maintenance. The water fountain feature that currently sits in its centre is no longer operable, and the once-healthy grass lawn has long been replaced by a layer of wood chips.

To put it simply, the plaza’s current condition is not worthy of its highly prominent location within the Central Business District nor does it respect the historical entry to the Vancouver Art Gallery building and Robson Square.

The North Plaza is also in need of critical maintenance to repair the layer of membrane underneath the public space from leaking water into the Art Gallery’s underground levels. The City of Vancouver is using this maintenance project as an opportunity to renew the plaza’s ceremonial place and functional purpose.

However, the provincial government must approve any changes proposed by the City as the North Plaza is owned by Province and leased to the City for use as a public space. Additional public spaces in the form of large plazas are needed in downtown Vancouver and if approved, this rejuvenated North Plaza space will complement Jack Poole Plaza and the new outdoor plaza planned for the site of the Plaza of Nations.

If approved by the Province, membrane maintenance and construction of the newly redesigned $3.2-million North Plaza will begin in 2014. The public is being asked to add their feedback on the 3 design options – an open house has been scheduled for this Saturday, October 5 (12:30 p.m. to 3:30 p.m.) at UBC Robson Square’s Plaza Lounge.

Some trees that do not match the profile and character of the North Plaza will likely be removed, and the fountain will also be put into storage as not only is it not operable but it also serves as an obstruction for events held at the plaza.

A pavilion for food, beverages and tourist services at the Howe Street end of the plaza is being floated as an idea to help create a more vibrant public space. Hard-surfaced landscaping will be a given for the new design for the preference of its superior aesthetic quality and durability for heavy use and events.

The relocation of the Vancouver Art Gallery, pending on its successful fundraising efforts by April 2015, to a new museum building at Larwill Park is also a consideration for the redesigned North Plaza.

What do you think of the proposed conceptual designs? Let us know by commenting below. 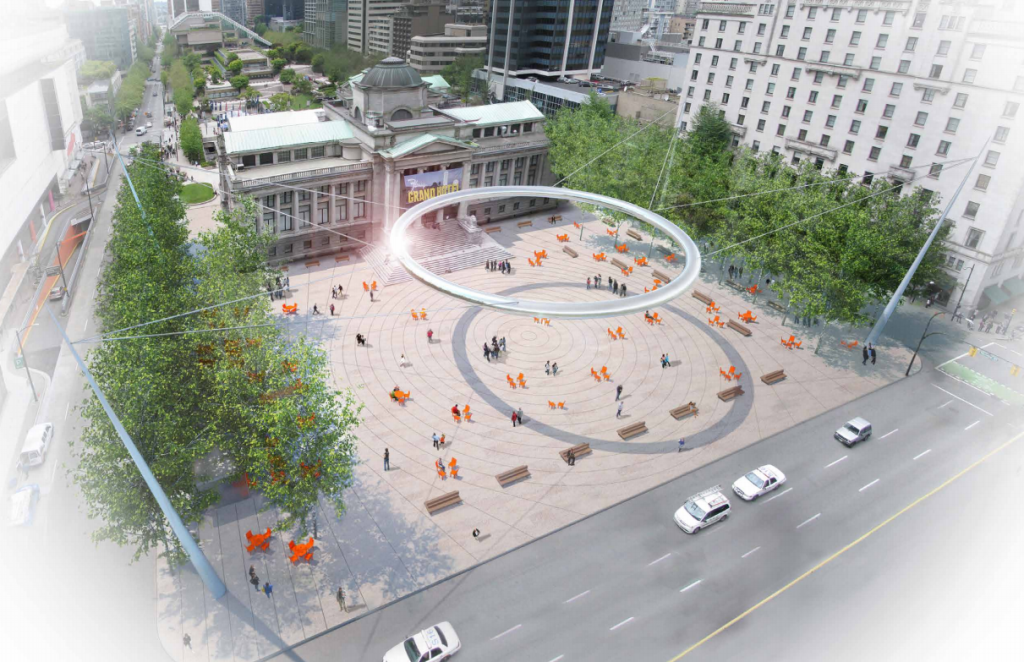 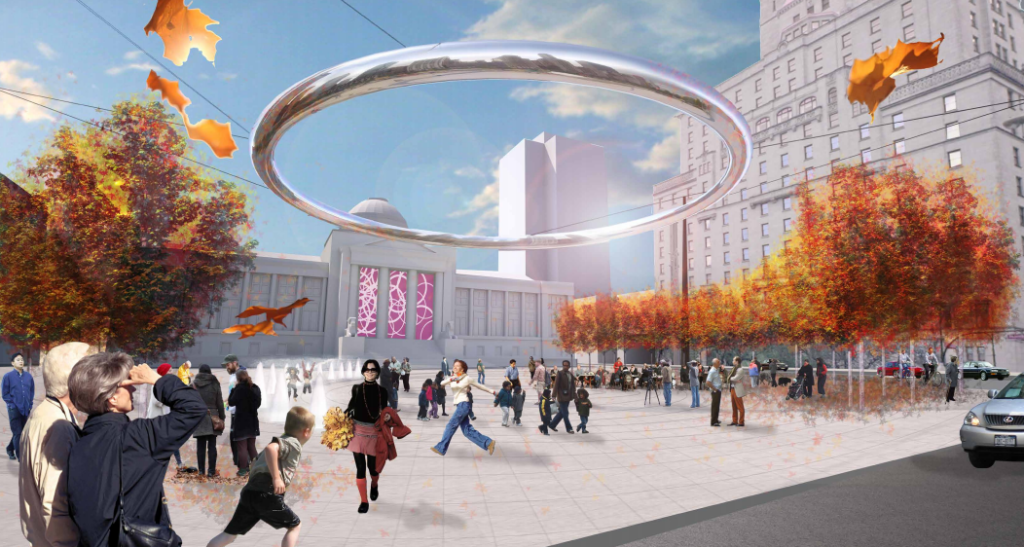 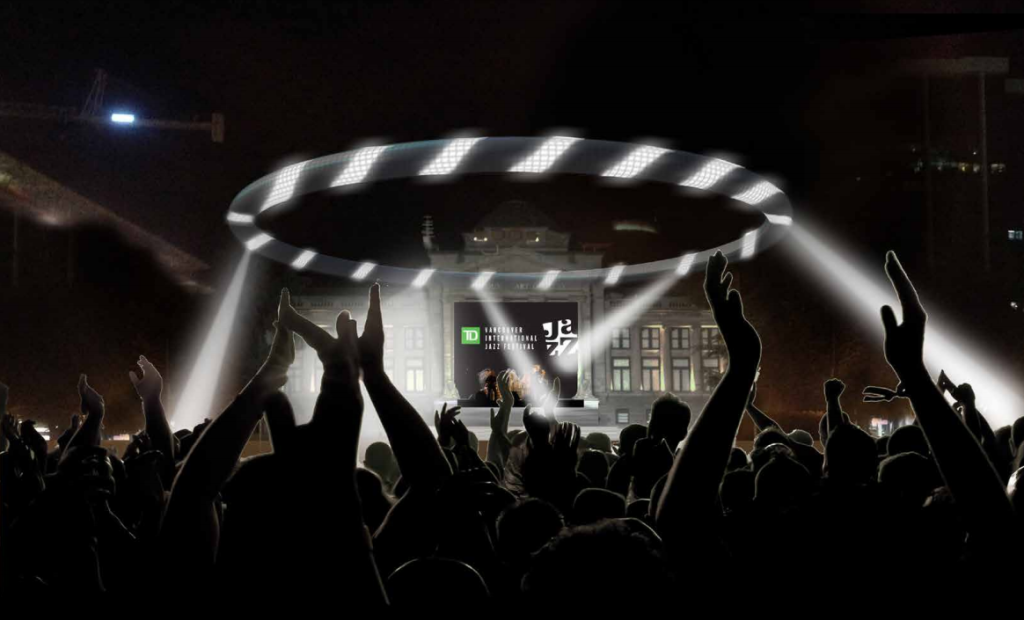 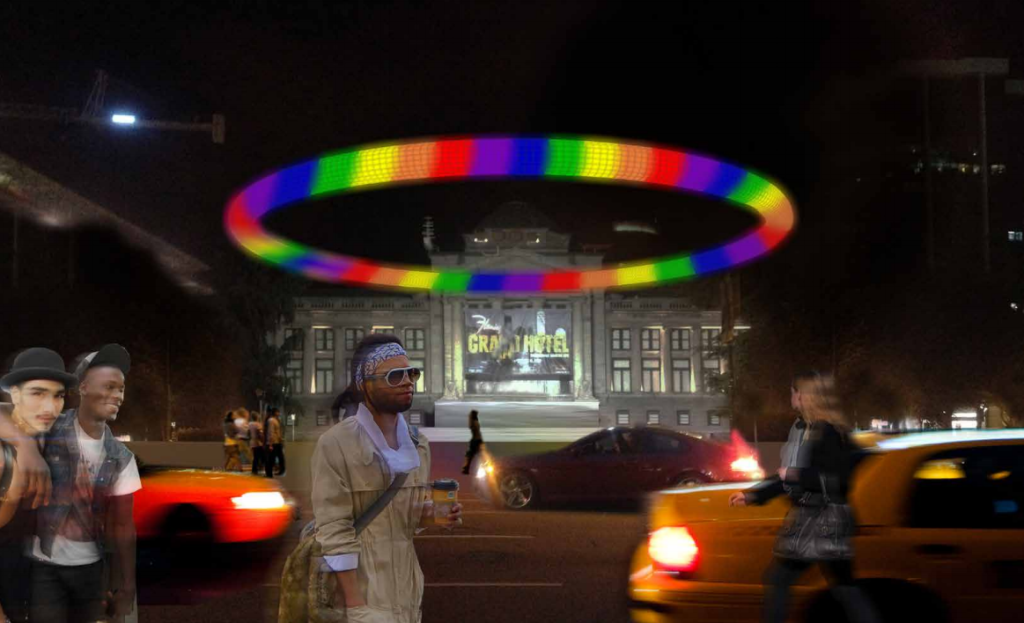 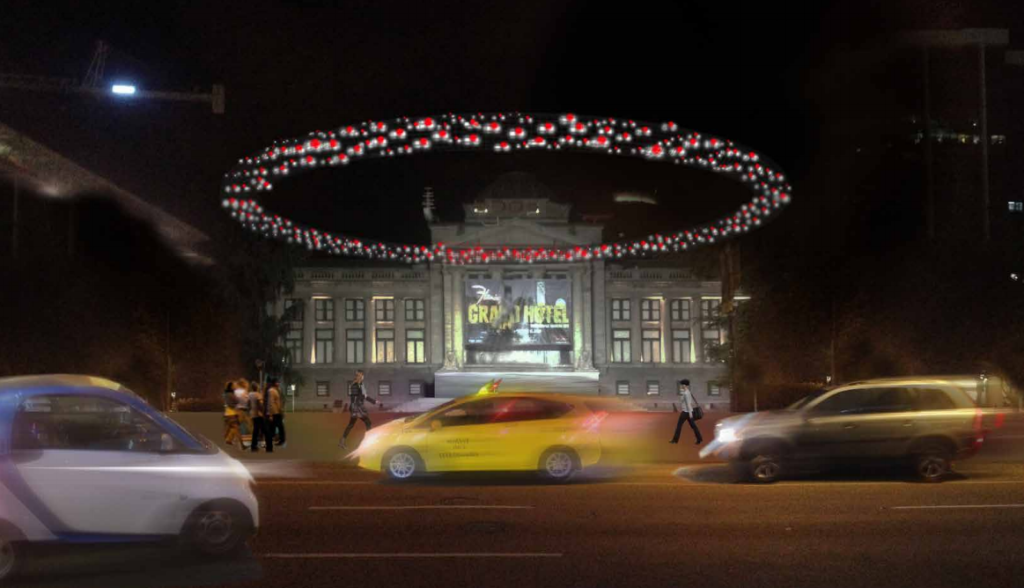 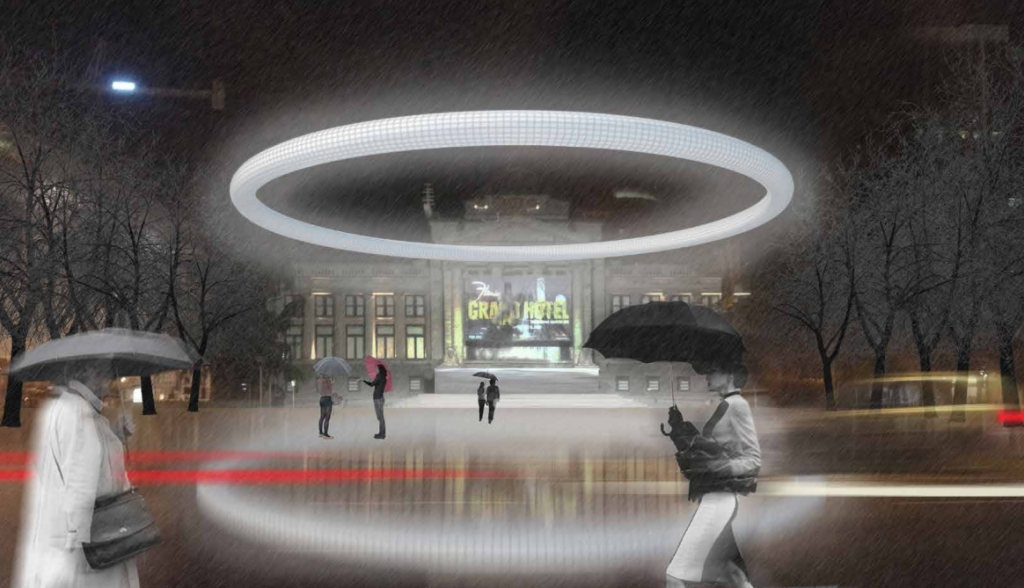 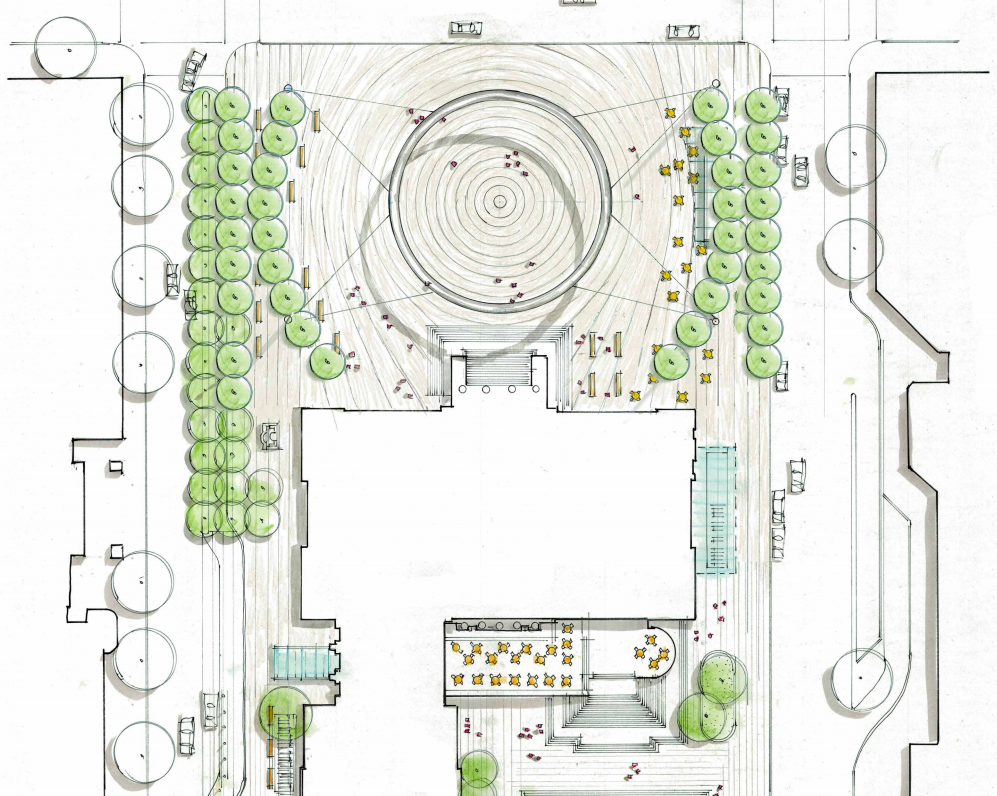 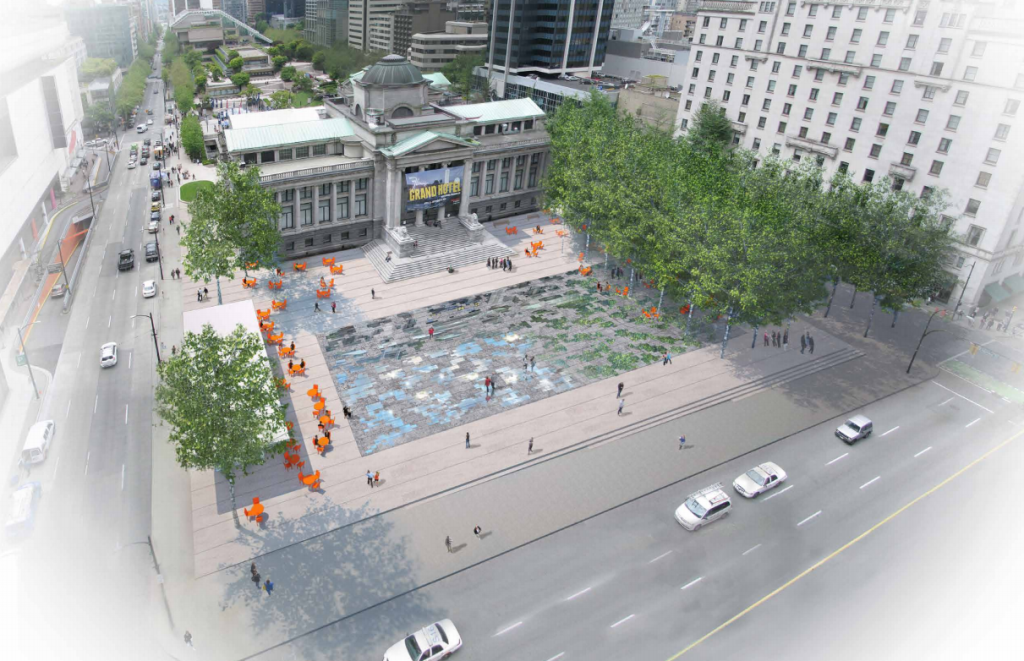 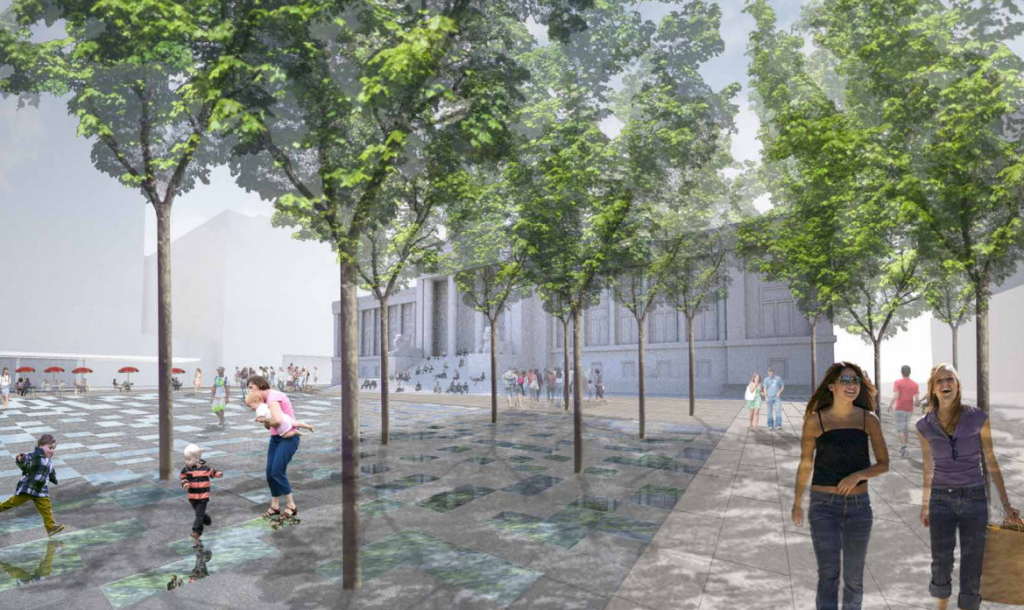 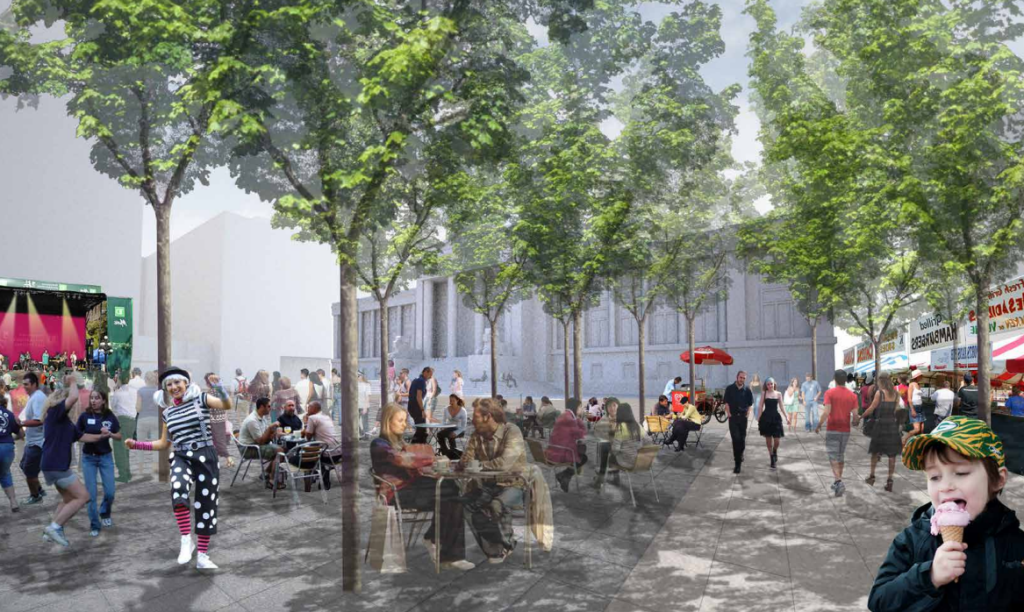 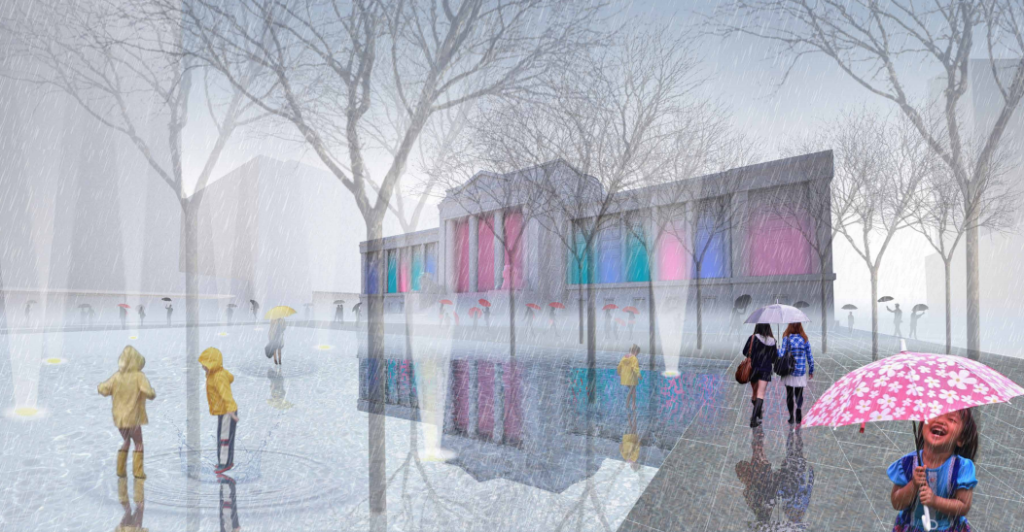 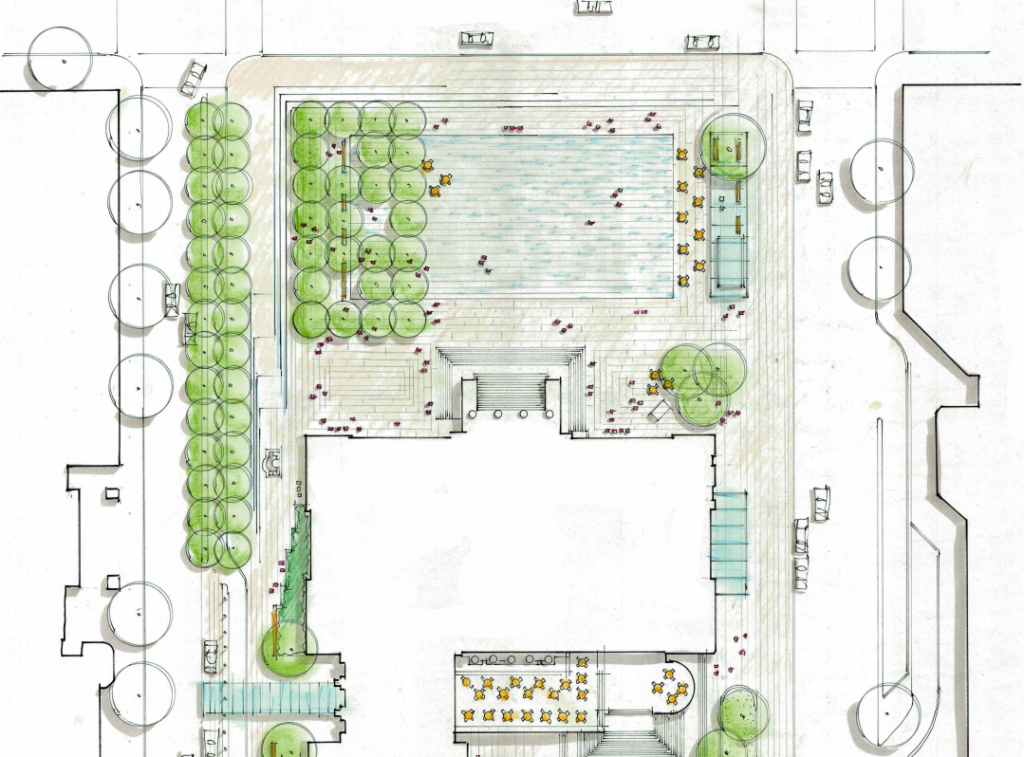 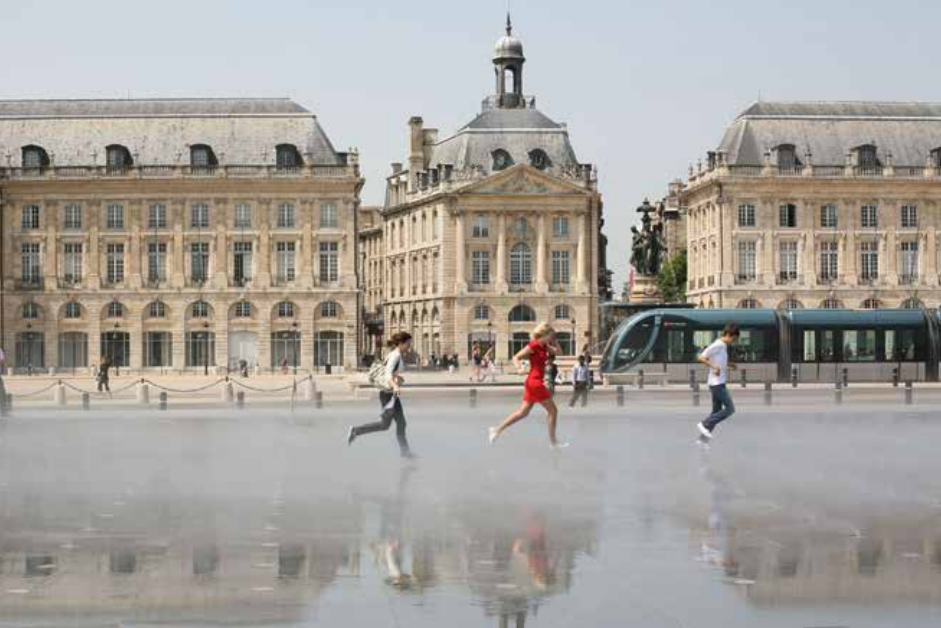 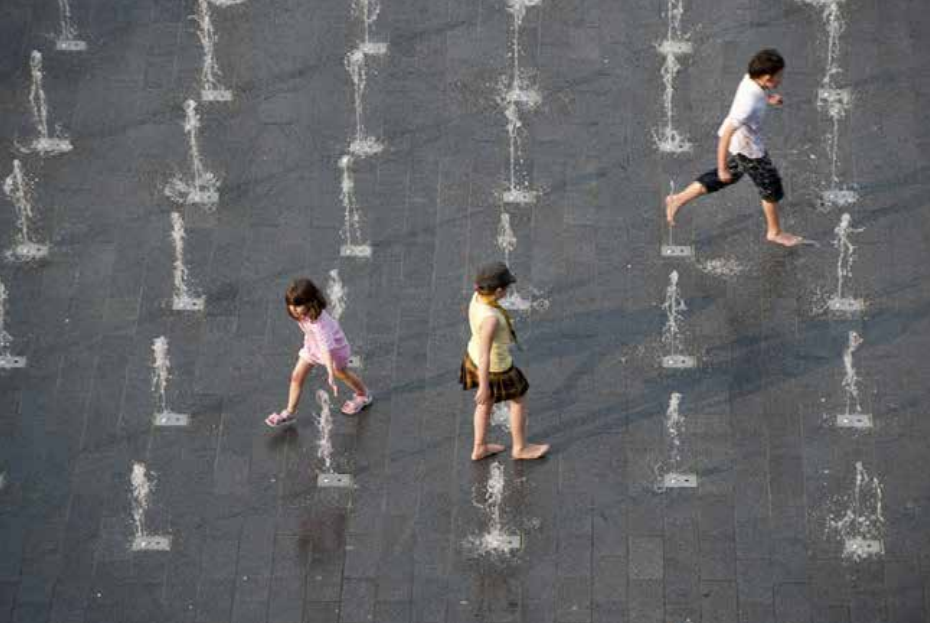 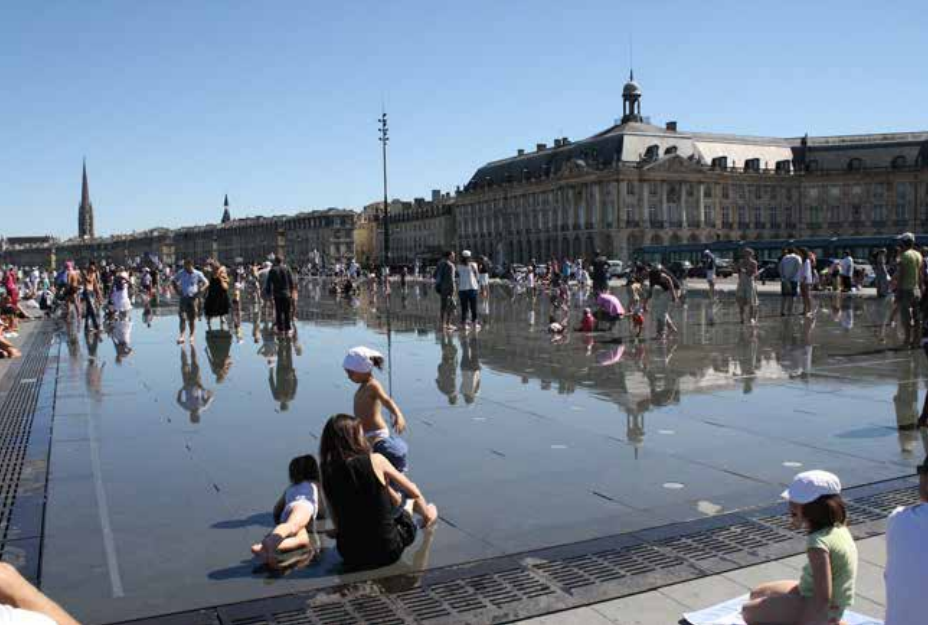 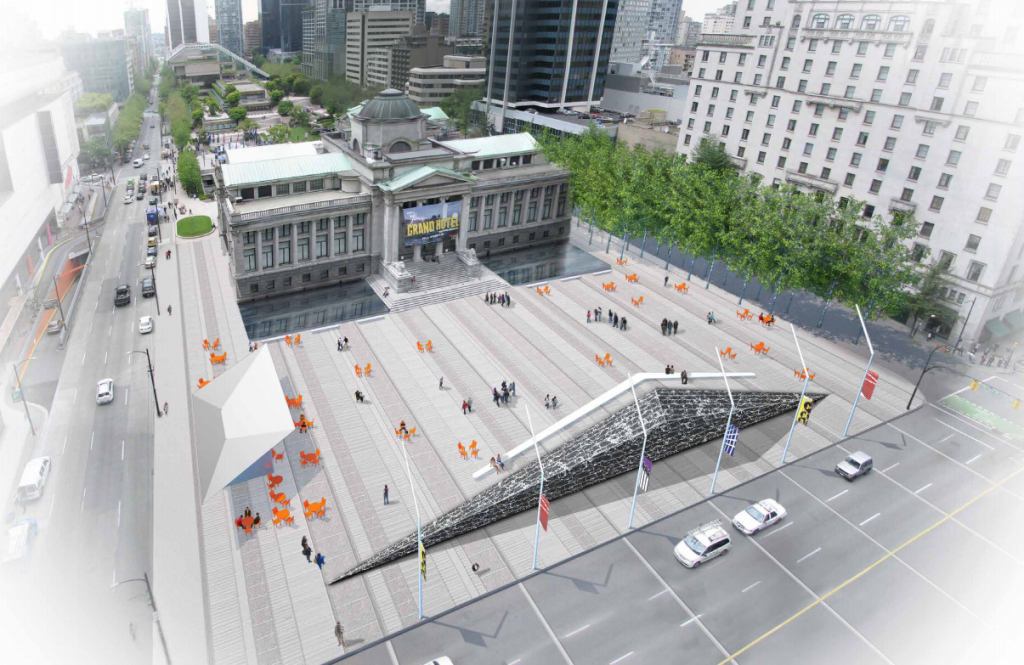 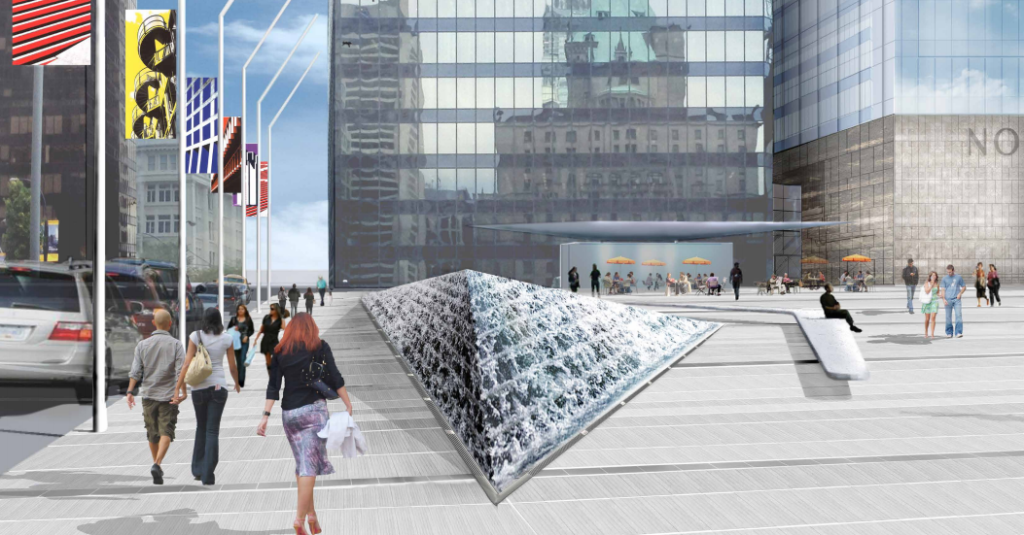 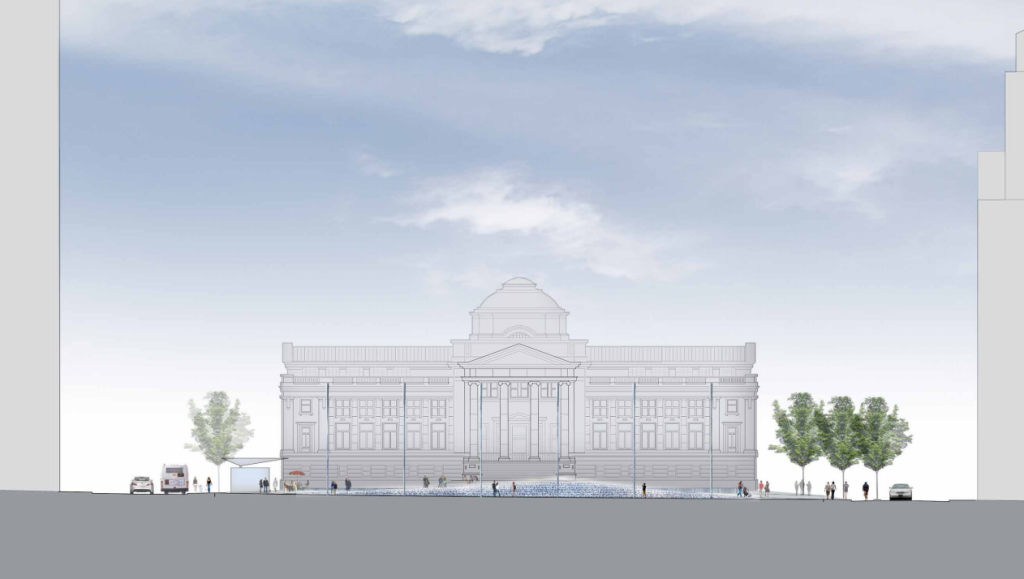 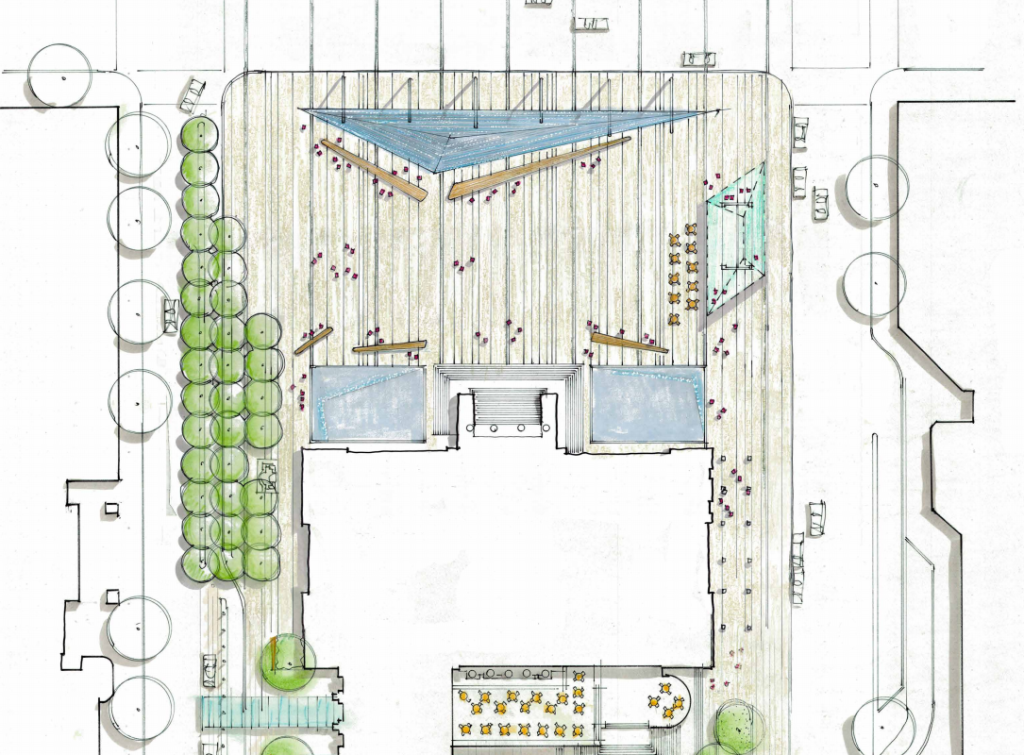 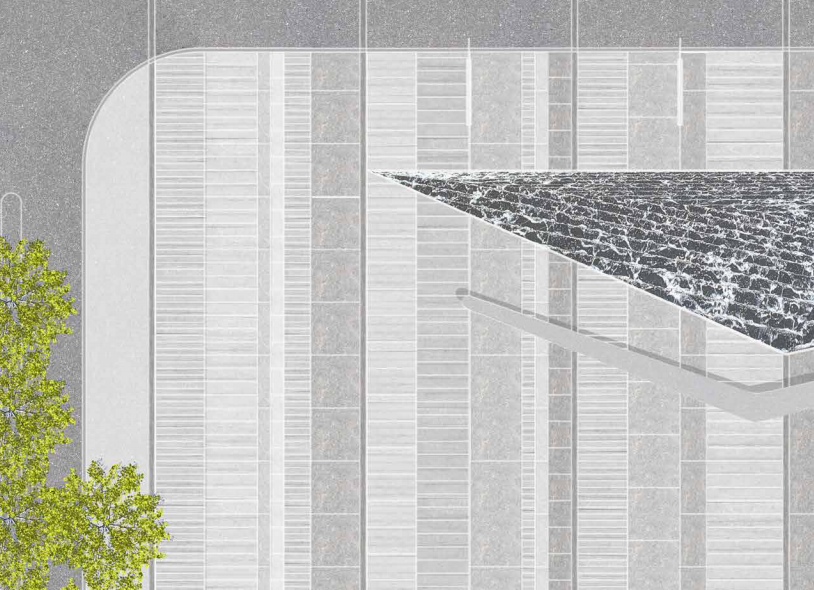 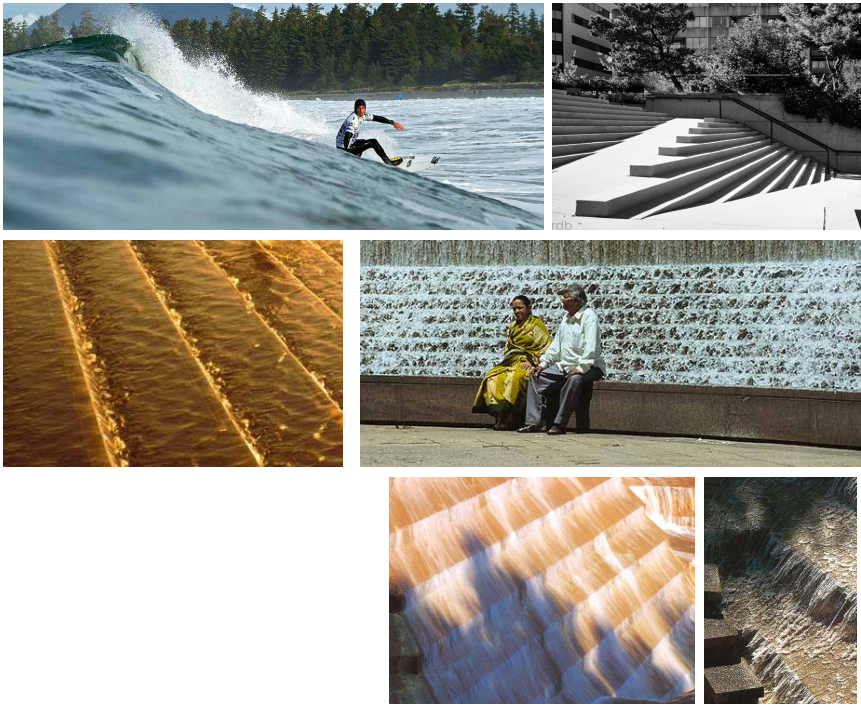 The southeast view of the plaza in 1917 from the intersection of West Georgia and Hornby Streets. 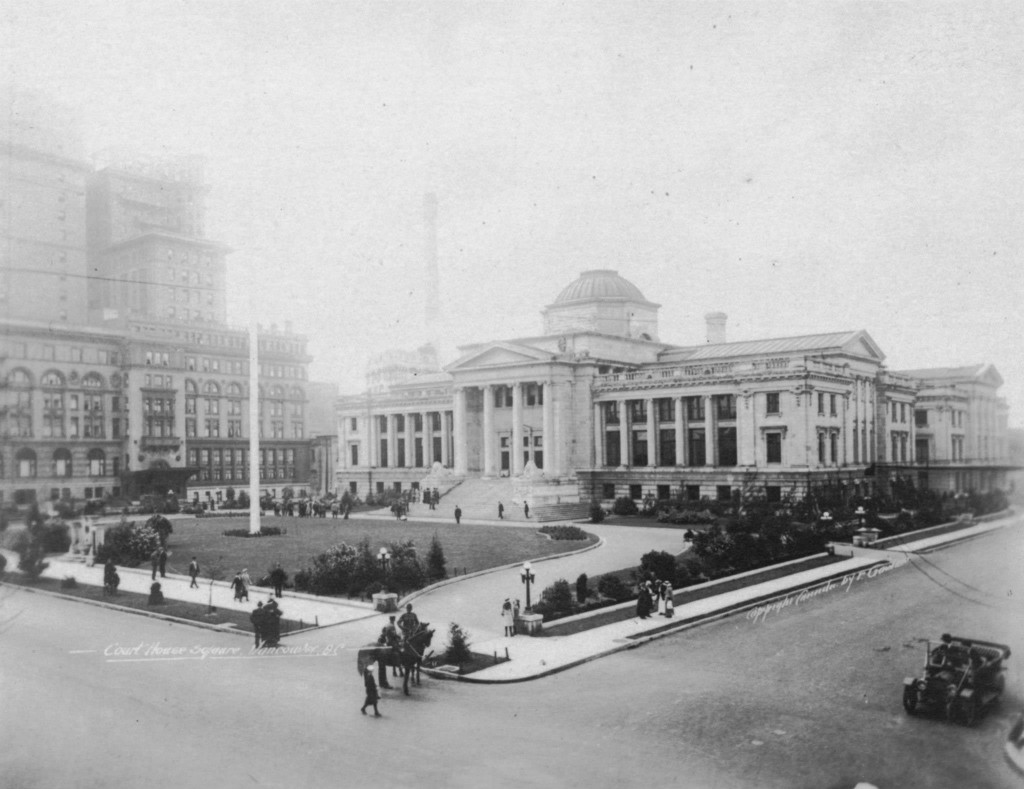