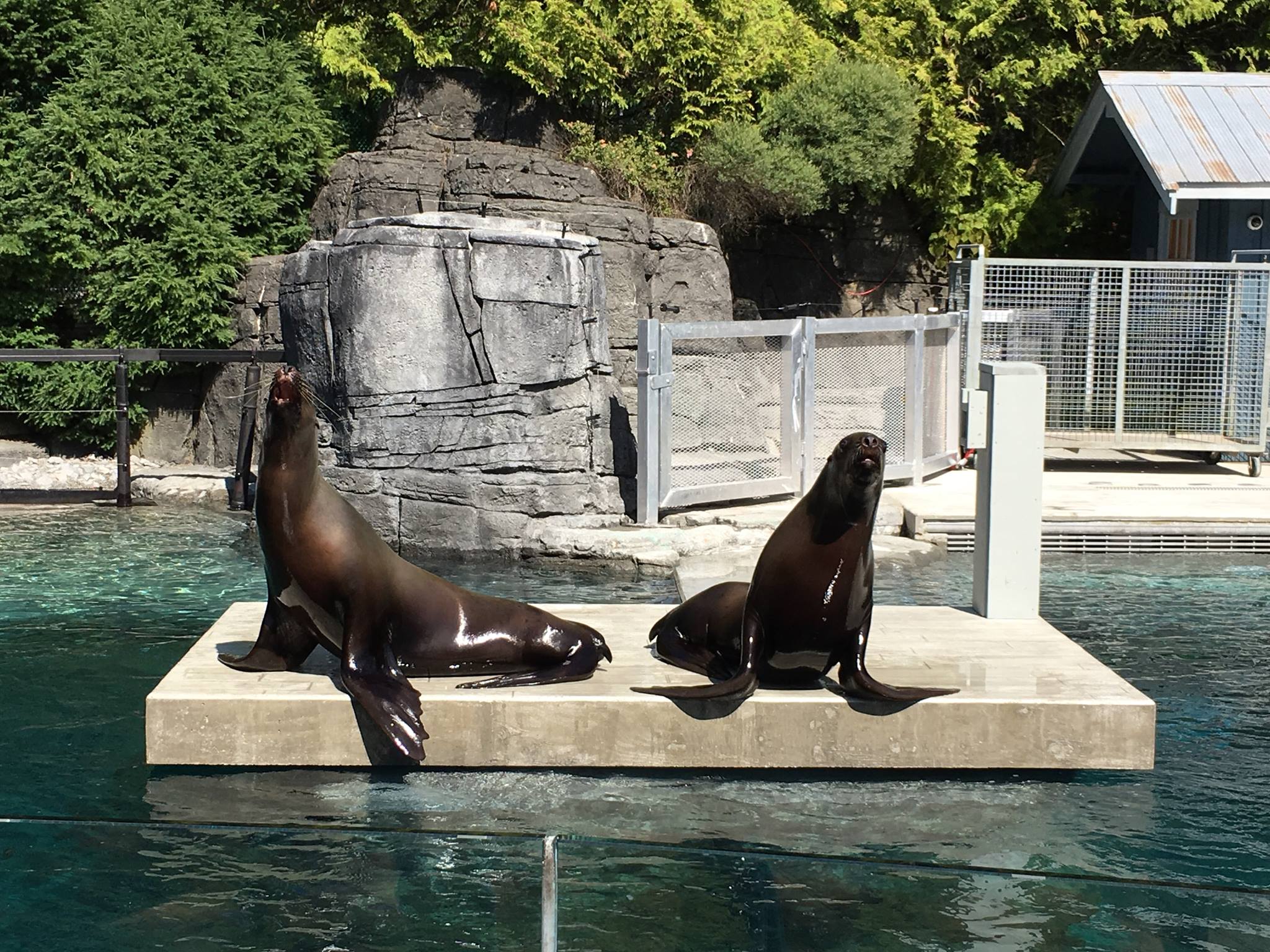 You can actually come nose-to-snout with majestic sea lions at the Steller’s Bay exhibit.

This exciting new addition to the Aquarium will take you on a journey to a fishing village on Canada’s west coast, without having to leave Vancouver. You’ll have the chance to see Steller sea lions up close and gliding fast through massive underwater viewing windows.

Steller sea lions are the largest marine mammal of the Otariidae family and they’re known for being very vocal, roaring to communicate with each other, and letting other animals know about their territory.

Now, you’ll feel as though you’re immersed in their world as you watch the majestic creatures roar an incredible chorus and soak in the sunshine.

By visiting the spectacular Steller’s Bay, you can explore the research behind the role sea lions play in protecting each other in the wild. You can see the Aquarium’s marine mammal trainers feed and care for the animals, and lead them through enrichment exercises.

You can also see the trainers collect valuable information for ongoing studies on the animals including their heart rates, weight, and breathing rates.

“The new Steller’s Bay exhibit is unlike anything we’ve ever offered, demonstrating our research program daily while inviting guests to get closer to these charismatic animals and connect with them like never before,” Dolf DeJong, general manager of Vancouver Aquarium said in a press release.

Since 1993, marine mammal trainers at the aquarium and UBC scientists have been working with the North Pacific Universities Marine Mammal Research Consortium to understand why 80% of the wild steller sea lion population has mysteriously disappeared since 1980. The research continues today and the sea lions at the aquarium play a massive role in assisting studies.

At Steller’s Bay, you’ll see how the strong, trusted relationship the trainers have with the sea creatures allows them to understand their health, energy balance, and now explore their sense of smell plus how they source their food.

Interpreters and trainers will be demonstrating how sea lions dive for food while offering an program from the above water research station and underwater viewing gallery simultaneously. The program will start this summer.

Back in 2013, the Aquarium became the first in the world to successfully disentangle sea lions caught in marine debris like packing straps or fishing lines and nets.