A veterinary team at the Vancouver Aquarium Marine Mammal Rescue Centre is working around-the-clock to save a severely injured sea otter suffering from gunshot wounds to his head and body.

Members of the public discovered the animal in distress along the shoreline of Tofino, B.C. last week and reported a number of disconcerting signs, including: the animal had remained in the same location for an extended period of time, it had failed to flee when members of the public approached him to investigate his condition, and he appeared to have sustained serious injuries to his flippers. 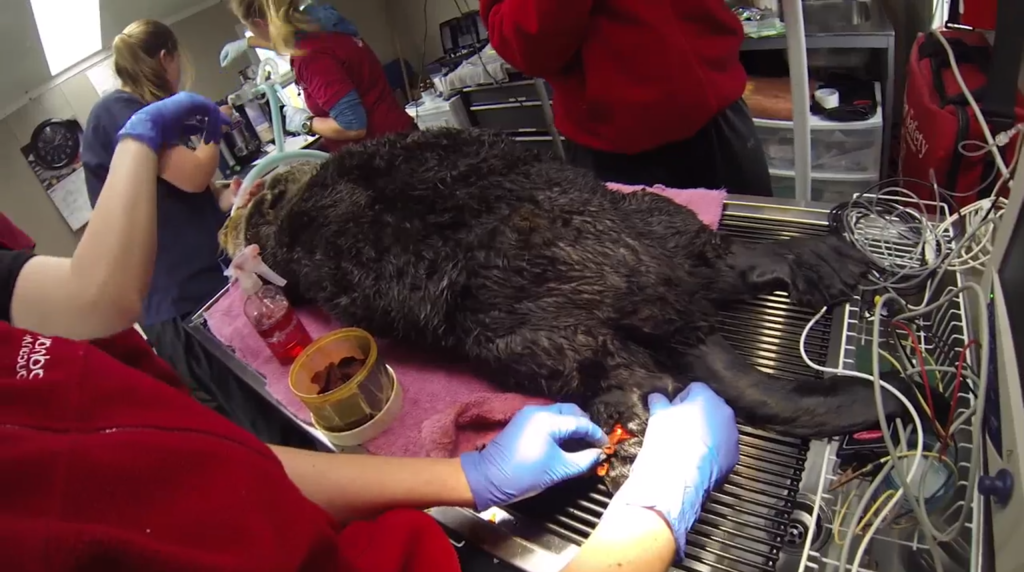 Staff from the Rescue Centre rescued the animal on October 18 and admitted him to the Rescue Centre where he is currently receiving critical, around-the-clock care. The team is working to stabilize the animal, but diagnostic tests have revealed that his condition is very serious.

“He’s in extremely rough shape and I’m very concerned about him,” says Dr. Martin Haulena, Vancouver Aquarium veterinarian. “X-rays show that he has been shot with a shot gun and there are pellets in his face and body. Due to the gunshot wounds, he is currently blind and one of his flippers sustained a serious injury. Although his situation is grave, we are doing everything we can to save this animal.” 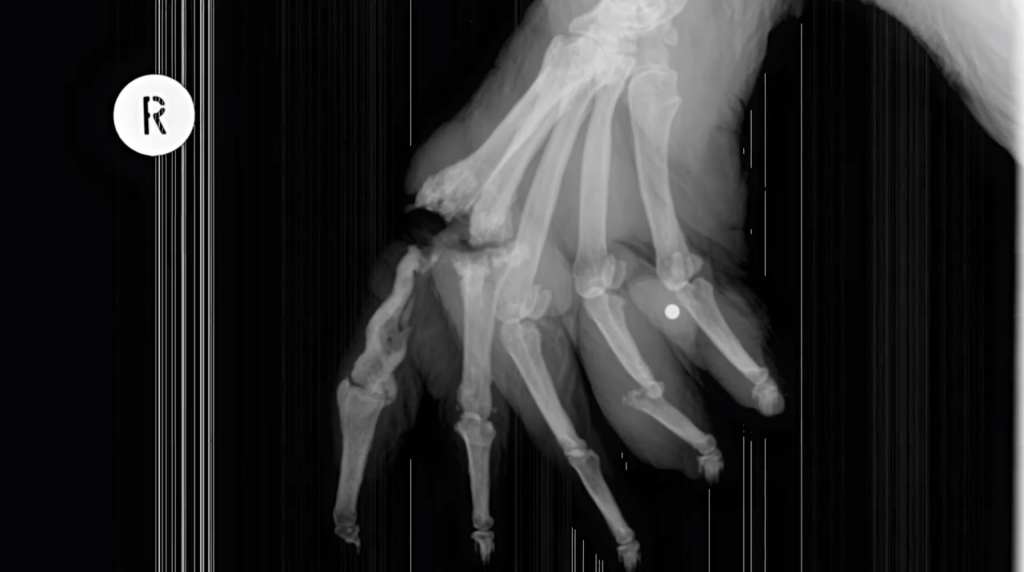 Dr. Haulena and the veterinary team at the Rescue Centre have performed a number of procedures on the ailing adult sea otter, including a partial amputation of his right hind flipper, which was fractured. Due to his injuries, he cannot effectively groom himself, which is essential for a sea otter’s thermoregulation—the team is helping to stabilize his temperature by towel- and blow-drying him.

“We are treating the sea otter with fluids, pain medication and antibiotics, and we’re hopeful that he will recover,” adds Dr. Haulena. “He likely would have died as a result of his human-inflicted injuries, so we’re glad that other humans intervened and reported him, so that we can help give him a fighting chance.” 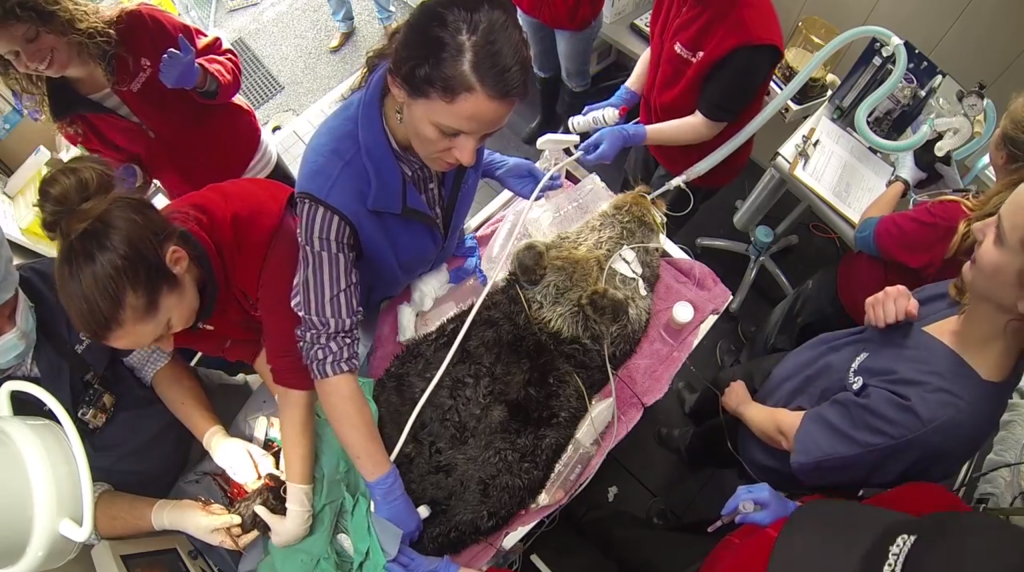