The Vancouver Aquarium has rescued a rare, false killer whale calf that was found beached and in distress along a beach near Tofino.

The male calf was found in poor condition with several laceration and wounds along its body. It is estimated that the calf is between four to six weeks old.

Aquarium staff immediately transported the mammal to the Marine Mammal Rescue Centre in Vancouver for immediate treatment to begin around-the-clock critical care by the institution’s head veterinarian Dr. Martin Haulena to save its life.

The biggest challenges lie within the first 24 hours as the calf is very young, and his teeth have not erupted yet which indicates that he was still nursing from his mother. Rescue staff noticed some worrying dips in his heart rate and respiration last evening. The whale has been started on treatment and diagnostic tests.

It took hours of hard work and a team effort to rescue the stranded cetacean from the beach.

Historically, stranded cetaceans have had a low chance of survival. It’s always touch-and-go with young marine mammals who have become separated from their mothers, and rescuing a false killer whale is a new experience — very few veterinarians and other professionals around-the-world have experience rehabilitating stranded false killer whale calves.

A member of the dolphin family, the false killer whale (Pseudorca crassidens) is a distinct species from the more commonly known killer whale (Orcinus orca). Globally widespread, but locally uncommon, false killer whales are an open ocean species found in the tropics in all oceans of the world, and only occasionally spotted in B.C. waters. 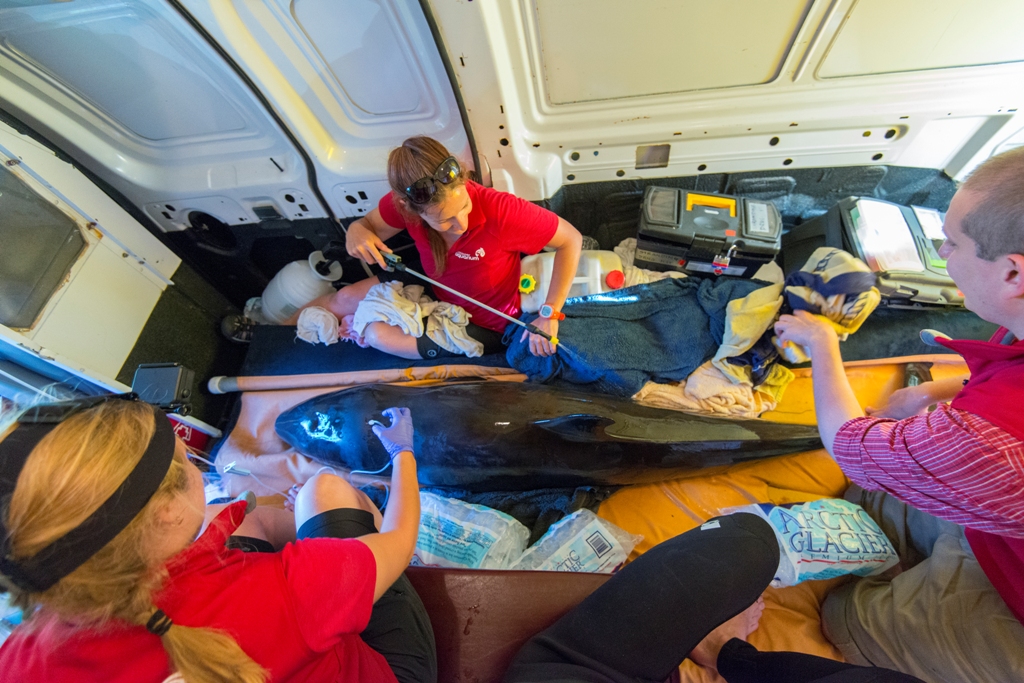