USA Today has nominated Vancouver Aquarium as one of the Best Aquariums in North America, and it’s up to the public to vote and decide which will claim the top spot.

Vancouver’s is the only Canadian aquarium to get a spot on the ballot.

To choose the top 20, USA Today’s editorial team used data from the Association of Zoos and Aquariums, which included: annual visitor count, square footage, total aquarium gallons, membership numbers, affordability of entrance fees, awards won and commitment to conservation efforts. These factors were then weighted and the aquariums were ranked.

Non-traditional aquariums, such as SeaWorld, Busch Gardens and Shark Reef at Mandalay Bay were not included for consideration.

You can vote online once a day until August 18. 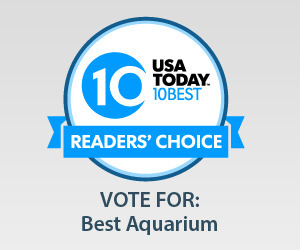