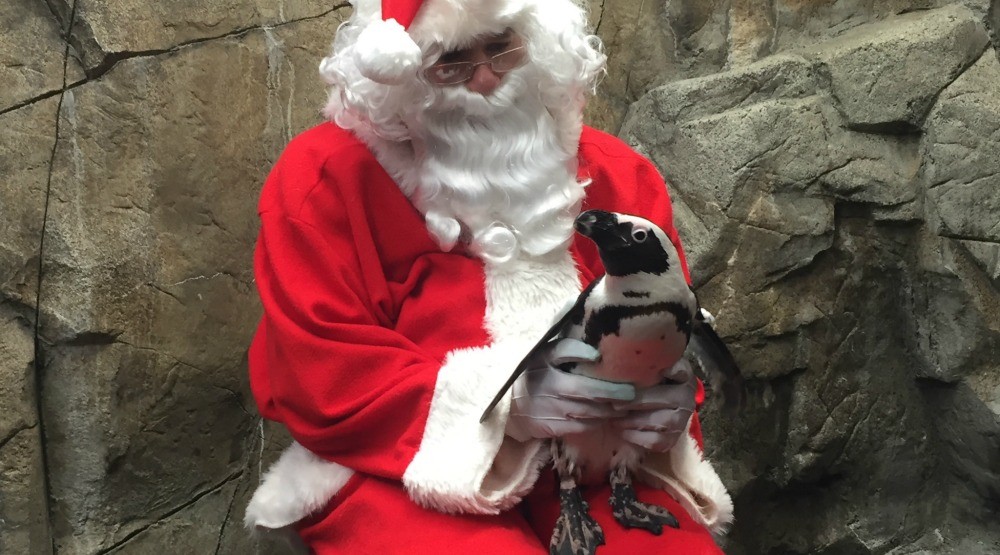 If you’re thinking of places to try holiday activities, the Vancouver Aquarium might not be the first one that comes to mind.

But right now the aquarium is decked out in its holiday best, showing off origami jellyfish with interactive LED lights and aquatic holiday decor. And that’s just where the festive fun begins.

We’ve compiled a list of four things you need to do at the aquarium this season so you don’t miss out. 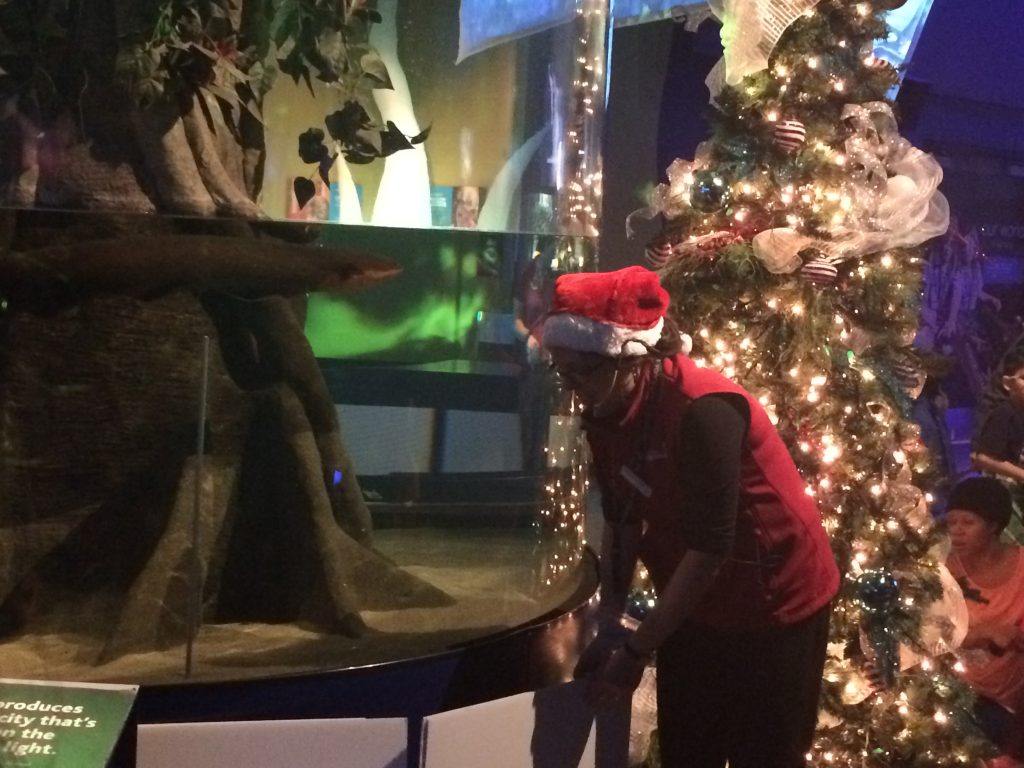 This is one holiday show at the aquarium where you’ll come out feeling a lot smarter. Every day at 11:15 am, people gather around the electric eel tank to learn about the Amazonian predator.

Four metal rods pick up on the eel’s electricity and transmit it to a Christmas tree. When the eel produces electricity, the tree’s green lights turn on and you hear a booming or popping sound.

The eel also gets fed during the show so people can see the amount of electricity it uses to attack its prey. Afterwards, a biologist sticks around to answer any questions people might have. 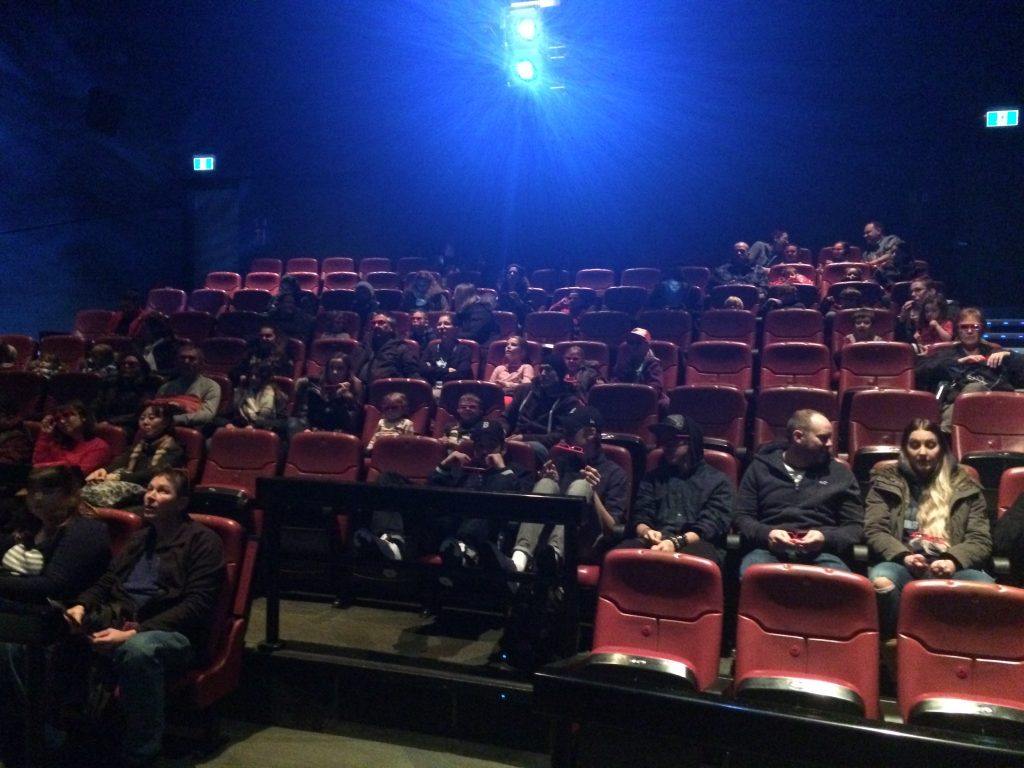 In the aquarium’s 4-D theatre, you can expect something different. During the regular season, the theatre shows everything from nature documentaries to Spongebob Squarepants. But for the holidays, it shows off an expertly edited version of The Polar Express.

The show happens every 30 minutes until 45 minutes before the aquarium closes, and the 4-D experience brings movie watching to a whole new level. Wind rushes past your face as the train travels downhill, the smell of hot chocolate and evergreen trees surrounds you as the movie progresses, and you can feel the tip of Santa’s whip in your back as he flies off into the night. 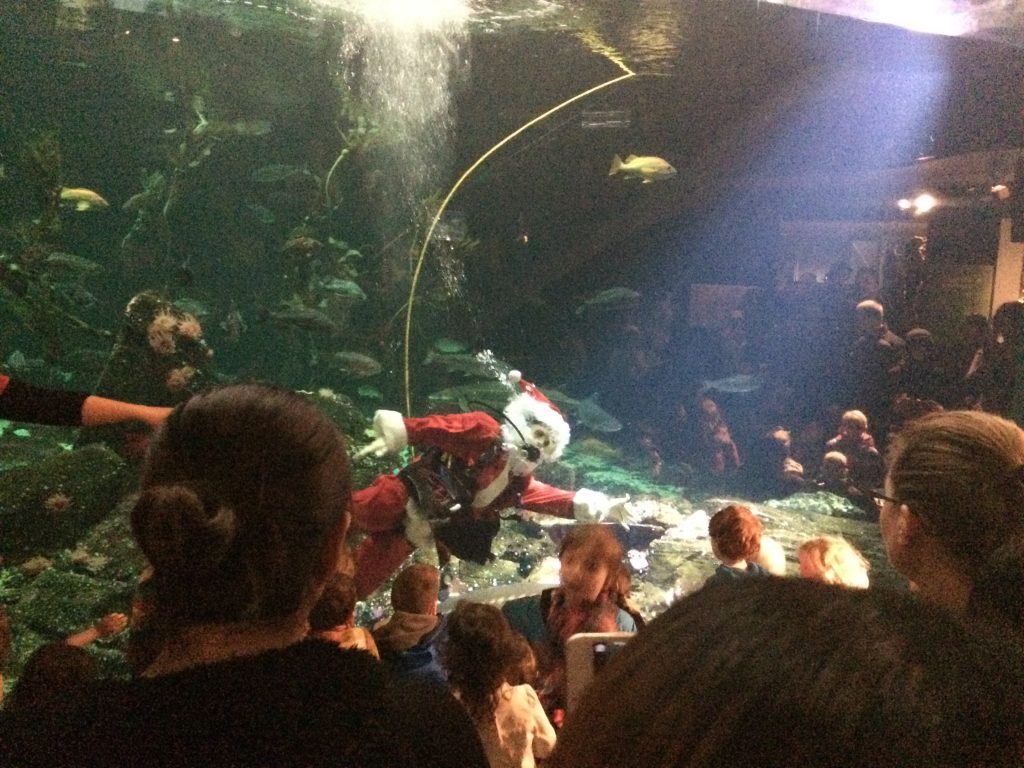 By far the most popular holiday event is Scuba Claus.

The story goes that as Santa was doing a training flight over the aquarium, he dropped one of his holiday bells somewhere in the Strait of Georgia exhibit. Every day he goes looking for his missing bell, and the audience learns about the British Columbian ecosystem as they help him look for it.

Scuba Santa Claus gets pretty warm before he hops into the water – beneath his wool suit and hat, he’s wearing a full body dry suit, boots, gloves, and a face mask. He looks for his missing bell in the Strait of Georgia at noon, and then goes for another dip in the dolphin exhibit at 2:30 pm.

Unlike the other events, which go until January 2, Scuba Claus will be leaving the aquarium on December 24 – for obvious reasons. 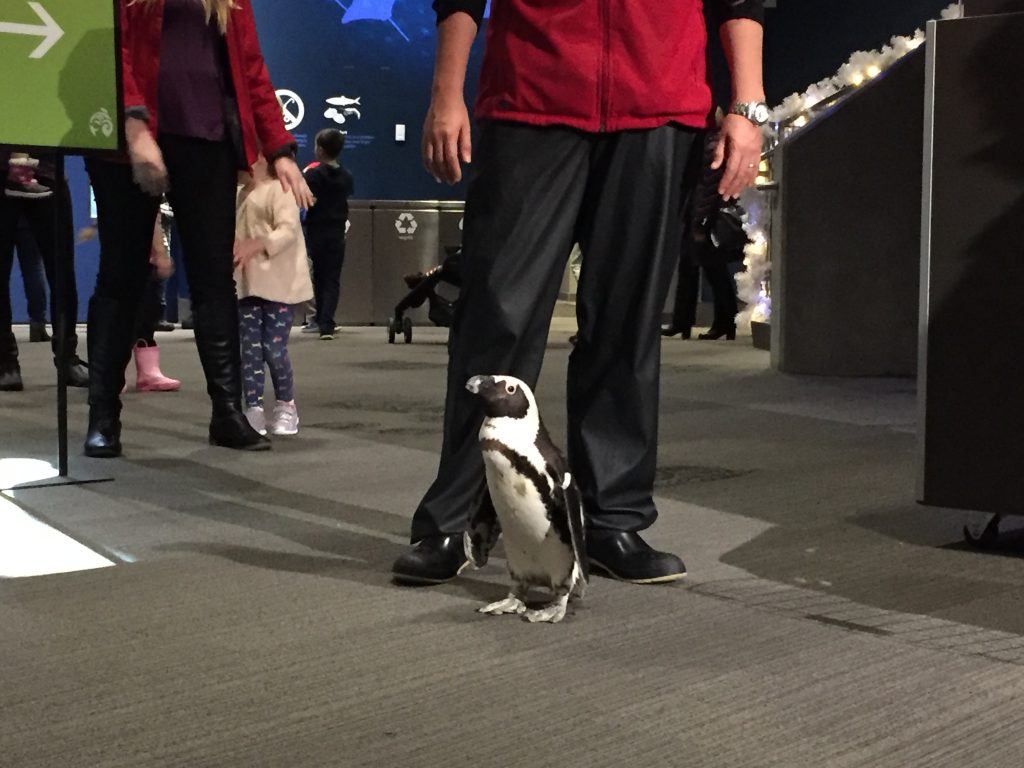 Okay, so it’s not strictly holiday. But a list of things to do at the aquarium would not be complete if we didn’t mention the up-close-and-personal interaction between you and an African penguin.

The penguin walks started the week before Christmas, and it will likely continue hanging out with people in the Teck Gallery every day at 2 pm until January 2. It’s not confirmed though, so check the aquarium’s daily schedule before you set your heart on some penguin selfies.

These holiday events will be going on every day until January 2, with the exception of Scuba Claus who will be heading out on December 24.

To see what events are happening on the day you want to go to the aquarium, you can check their daily schedule. And if you want more information on the aquarium and how you can get involved in their conservation efforts, head to Twitter, Facebook, and Instagram.