For the first time in its history, the Vancouver Aquarium has successfully bred Panamanian golden frogs (Atelopus zeteki), thought to be extinct in the wild, as part of a worldwide effort to preserve the species. Classified as critically endangered by the IUCN (International Union for Conservation of Nature) Red List of Threatened Species, the Panamanian golden frog has experienced a catastrophic population decline in the wild.

The steep depopulation of Panamanian golden frogs, which are native to the mountainous, higher- altitude regions of western-central Panama, is thought to be largely due to the spread of chytridiomycosis, an infectious disease of amphibians caused by an aquatic fungal pathogen, as well as habitat deforestation and collection for the pet trade.

“Through this breeding program, the Vancouver Aquarium is joining a global initiative to conserve the Panamanian golden frogs and to save them from extinction,” says Dr. Dennis Thoney, Vancouver Aquarium’s director of animal operations. “Since this species is in critical danger of disappearing from its natural habitat, a number of institutions throughout the world, including ours, are working to maintain the genetic diversity of this species with the goal of one day re-populating their native ecosystem.”

The current goal of the Aquarium’s Panamanian golden frog breeding program is to master the successful breeding of these frogs. Ultimately, the objective is to release frogs bred in zoos and aquariums to repopulate their natural habitat in Panama, once chytridiomycosis and other threats are no longer present.

In an effort to save the Panamanian golden frogs from extinction, the government of Panama provided frogs to zoos and aquariums to create assurance populations in the event they disappear from the wild.

“Amphibians are key indicators of environmental health in our ecosystems, and they have an important role in local ecology, says Dr. Thoney. “Every single species is part of an intricate ecological web, and taking a species away from that web creates an imbalance that may have negative effects on other species.”

Known as a poisonous, brightly-coloured golden toad with a distinct “wave” used in mating, the Panamanian golden frog is one of many species that the Aquarium is working to preserve through the Association of Zoos and Aquarium’s (AZA) Species Survival Plan® Program designed to manage populations of critically endangered or threatened species.

The Vancouver Aquarium is also part of a worldwide effort, along with other zoos and aquariums, to conserve this and other amphibian species under the Amphibian Ark (AArk) project, a joint effort of key conservation organizations to ensure the global survival of amphibians, with a special focus on species that are currently endangered or threatened in nature. 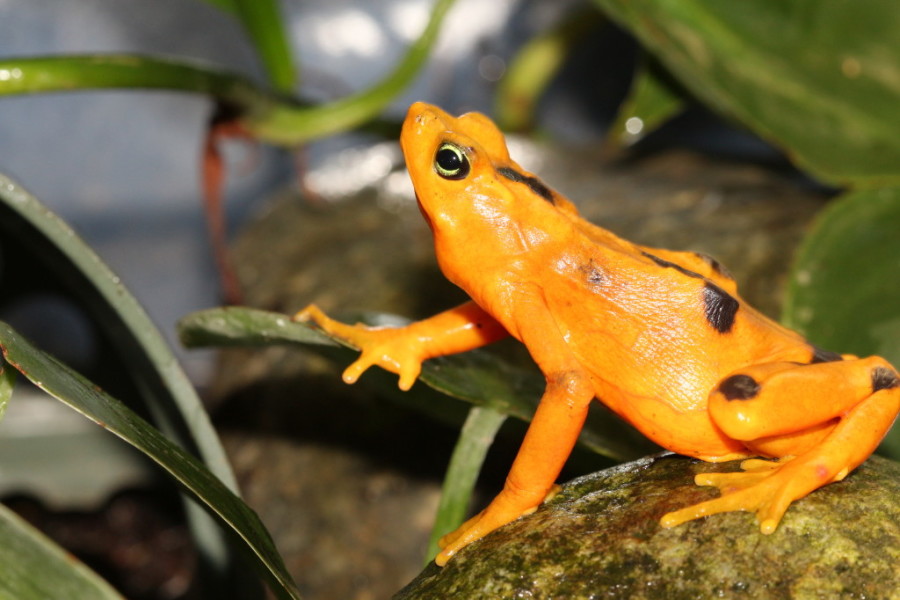 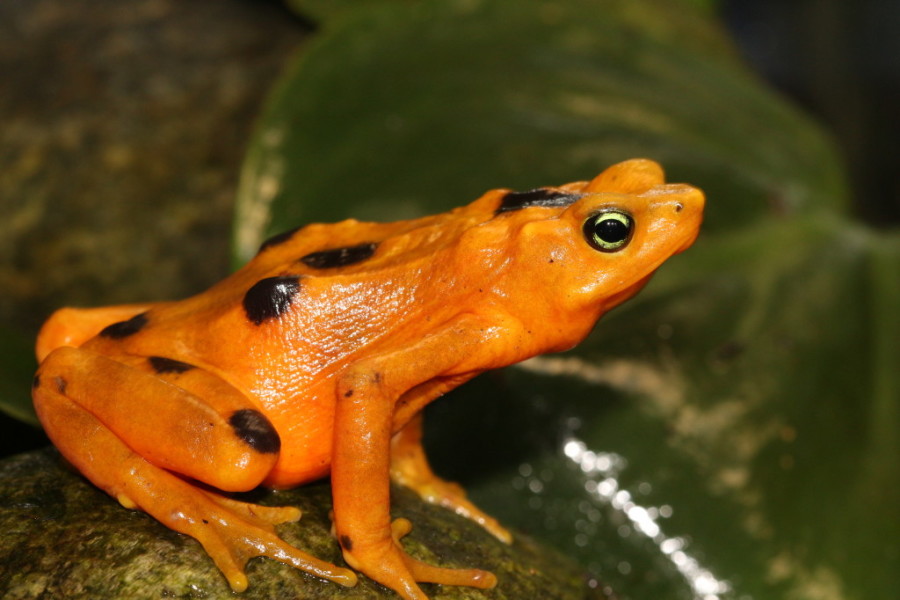