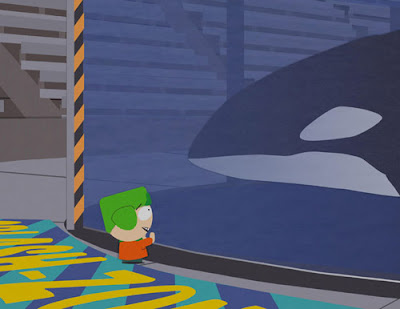 Update: The Park Board has voted against a referendum on this issue.
The Green Party park board commissioner Stuart McKinnon has come up with what many would say is long overdue suggestion. He wants to take it to the public (in the form of referendum) and see whether or not the Vancouver Aquarium should stop the capturing of whales and dolphins for public exhibition. Currently the Aquarium houses 5 beluga’s and 3 dolphins. I can see this being a highly contentious and polarizing suggestion as there are many sides to this story.
Furthermore, this being Vancouver, I can see the public voting to stop this practice. Now the questions is, what impact would this have on the aquarium? From a pure tourism standpoint it would be devastating. After all, this is their highest attended attraction and the Vancouver Aquarium is set for expansion. This could curtail all of that. Does that even matter? I’d argue yes, but I know economics sometimes doesn’t resonate in the minds of Vancouver’s left elitists, in the same manner that social concerns don’t resonate in the minds of the corporate elite. However, all perspectives need to be taken into consideration.
Furthermore, where does this end? What about the Greater Vancouver Zoo out in the boonies. How about the Cloverdale Rodeo, that’s pretty cruel? What about eating meat altogether? I know this may sound a bit outlandish but think about the slippery slope we can be on  if this was too pass.
All this reminds of when they closed down the Stanley Park zoo, yes Vancouver used to have a zoo.  If this passes, maybe they’ll just move the Aquarium out of Vancouver and into the valley.
The recent death of the Beluga whale at the Aquarium has given this proposal a kick start. Further, the proposal doesn’t ask for an immediate halt but a phased approach.
What do you guys think? Yes or No to whale captivity?
VancityBuzz.com