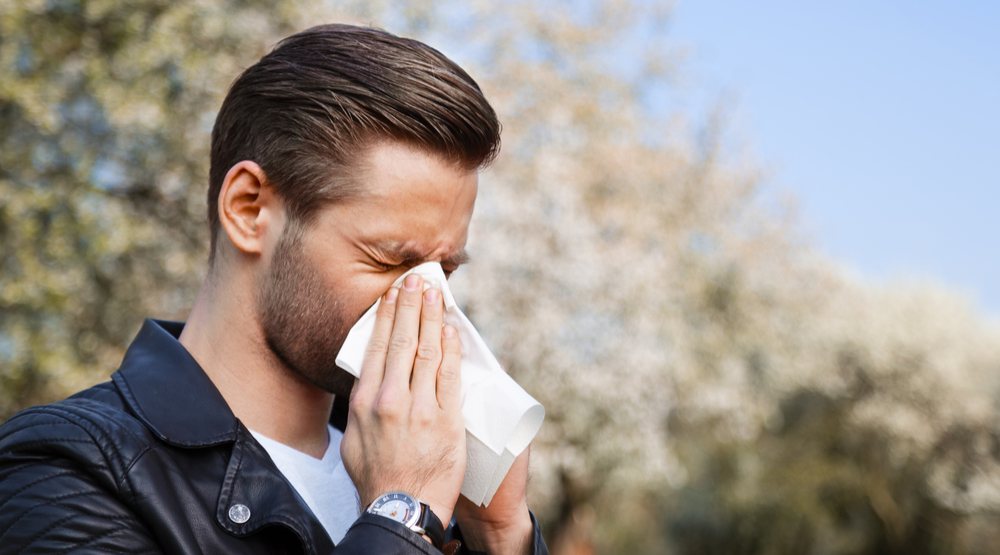 This year’s allergy season has hit the Lower Mainland harder than usual, and as a result, many are suffering from itchy eyes, runny noses, and constant sneezing.

According to UBC allergy and immunology expert, Dr. Donald Stark, this year’s extended allergy season is the product of a long winter.

“Because we have had sort of dragged out spring months with more rain than typical, I think that’s a big part,” Stark told Daily Hive.

“What happens in more typical years is the tree pollens, which are the first of the pollens to come out in the province, they usually come out quickly with more high numbers.

“People get symptomatic in just a few weeks and get over it because all the pollen comes out in one go.”

Stark says the inconsistent weather has caused a delay in pollen release.

“This year it’s been coming out enough to cause symptoms and then drop off, and it comes back again as the weather improves and so it seems to drag it out.”

As for treating the endless sneezing, and itchiness, Stark suggests starting allergy medication as early as possible.

“Part of the trick is to get started early enough, before your symptoms get too bad, so the medication will give you the best relief,” he said.

“If you wait until you’re in a bad hay fever season or getting asthma, it’s much more difficult to get it under control.”