The McArthurGlen Designer Outlet Centre at Vancouver Airport will open on July 9, according to Robert Thurlow, General Manager of the centre.

“I’m thrilled to report that you will be shopping at the Designer Outlet Centre by July… enjoying year-round savings of up to 70 per cent,” Craig Richmond, CEO of YVR, stated in his May 26 “Craig’s Corner” blog post.

“We are looking well beyond the opening in July, and even past 2020 as we plan and prepare for not just the future of YVR, but the future of B.C., Richmond and the entire airport community,” Richmond said. 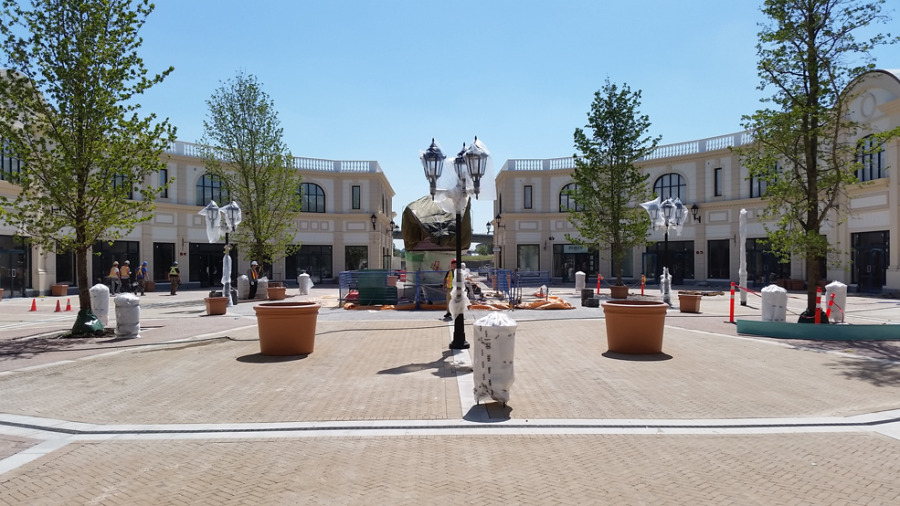 Phase one of the project will feature 600 workers with an addition 400 workers arriving during a later phase two.

“We have a Phase 2 planned,” Thurlow said. “It will add approximately another 140,000 square feet to the centre and another 50 retailers. That’s typically completely 18 months to two years after the centre.”

46 retailers to be part of the outlet mall were announced earlier in May, including numerous dining options. Noted brands such as Nike, Armani, Coach, J. Crew and Hugo Boss are just some of the big names entering the space.

“I think the brands that people will find here at this location, you’ve probably had to traverse previously to multiple centres to find the brands,” Thurlow said. “Here they’re all together located in one place.”