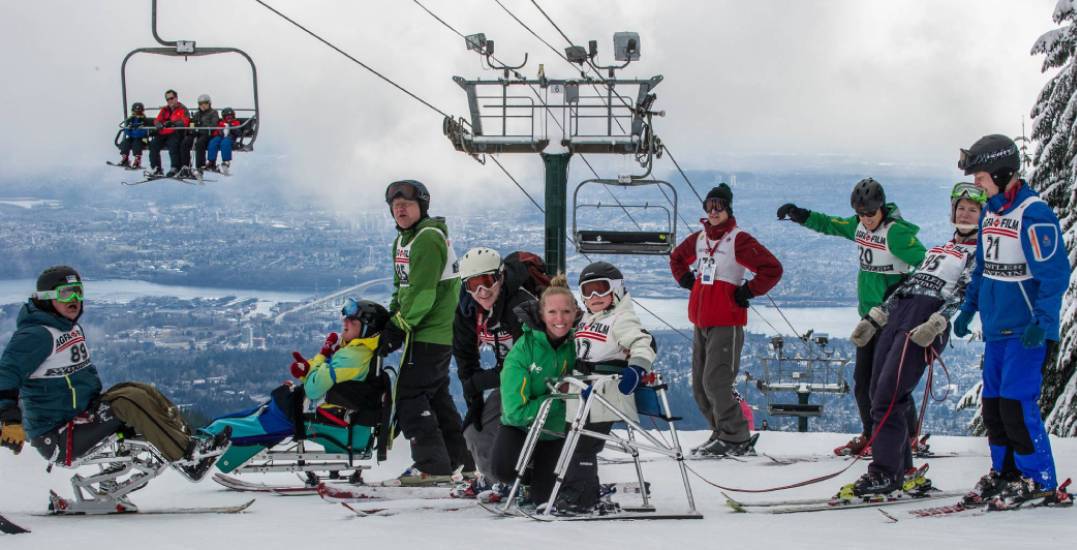 With so many ski hills on Vancouver’s doorstep, it can be easy to take our nearby slopes for granted. However, for those with a disability, accessing these slopes isn’t always a possibility.

That was, until Vancouver Adaptive Snow Sports (VASS) came along.

VASS is a non-profit whose aim is “making the mountains accessible to all” by providing skiing and snowboarding programs for people with a disability. The programs have run on all three local mountains (Grouse, Seymour, and Cypress) for the last 46 years — and they’re always seeking more volunteers to get involved. 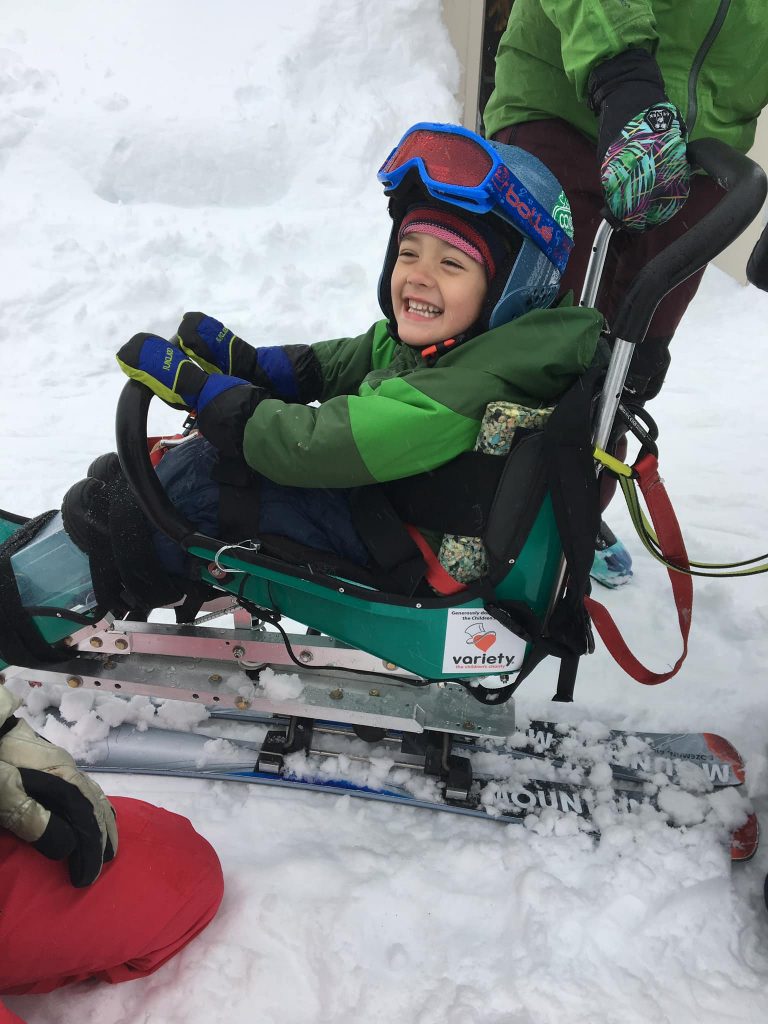 She explains that the program gives students confidence to try new things and develop life skills — and the volunteers are a key part of that. 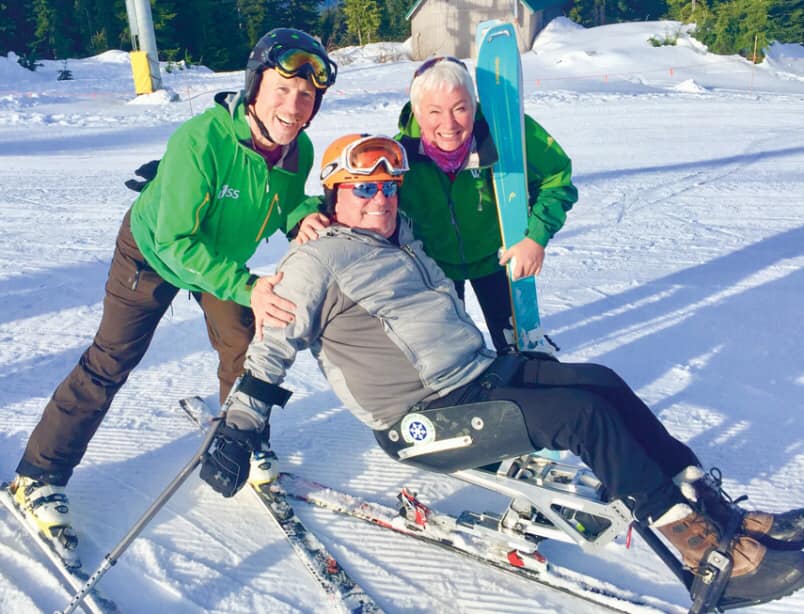 Bethune has plenty of heartwarming stories from VASS students. Two of her favourites come from Mark Hopkins and Richie.

As a young man, Hopkins had surgery for two brain tumours, leaving him “struggling in all areas of his life.”

“He felt depressed, was unable to work and remember his lines as an actor, and felt alone and hopeless. I encouraged Mark to give VASS a try,” says Bethune.

Although Hopkins was skeptical to get back onto the ski hill after surgery, after only one lesson with VASS, he was hooked. He had such success with the program, he ended up becoming a snowboarding instructor, racer, and certified race coach for VASS.

Hopkins says the program gave him something he didn’t think he could believe in again: himself. “It is such a fantastic thing to have people who believe in you again!” he shares. 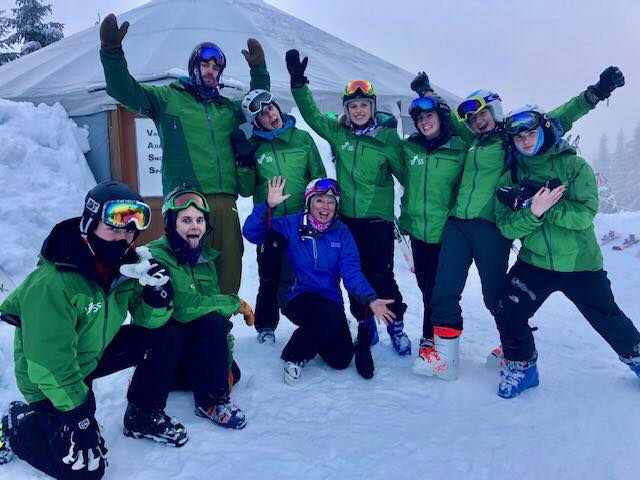 Richie, another VASS student, was diagnosed with Spastic Diplegia Celebral Palsy when he was one year old. His mother, Jenny, says four-year-old Richie “struggled to walk more than 20 steps continuously in his walker.” Yet, by the end of the first season, VASS volunteers Tom and Stuart had him making it down the hill; two years later, Richie’s instructor Rick introduced him to sit-skiing.

Fast forward to today and Richie is now a two-time triathlete, a Terry Fox run participant, a two-time VASS Cup ski racer, and a Lorraine McLatchie Award winner. Jenny attributes Richie’s success to VASS giving him the confidence to approach challenges head-on and participate without feeling self-conscious — what she and Bethune refer to as “VASS Magic.” 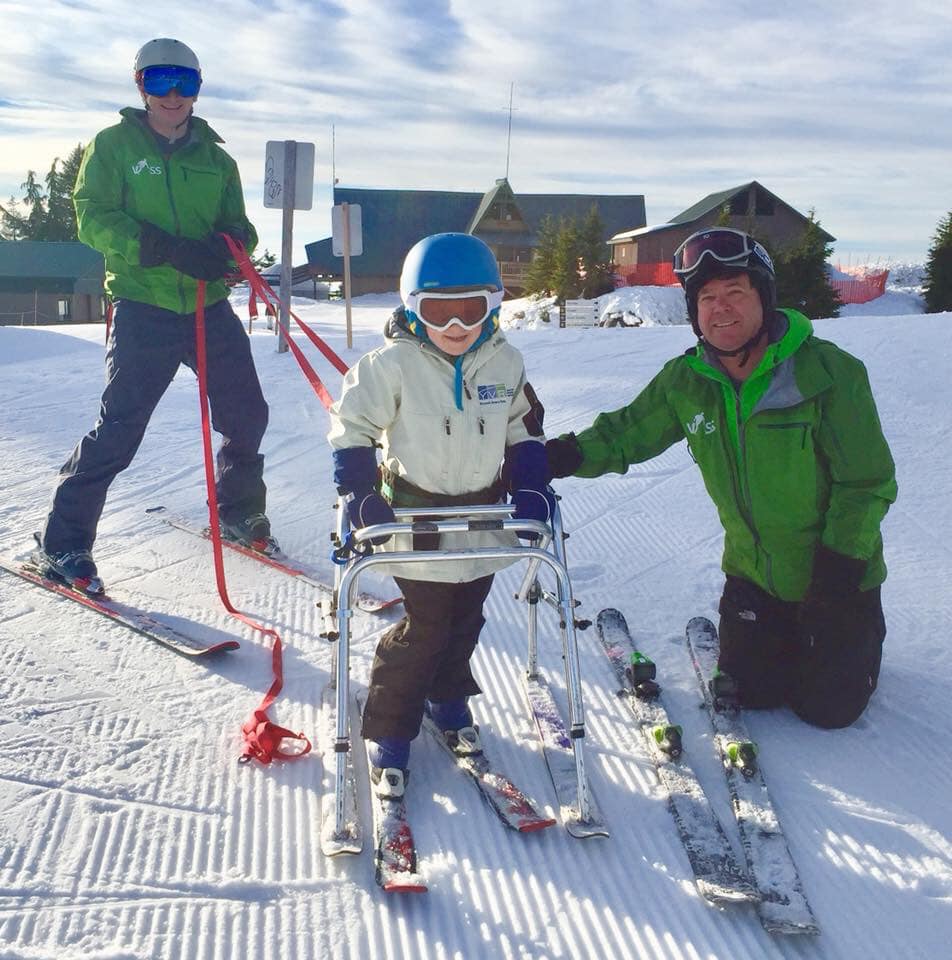 “VASS is more than an organization that makes the North Shore mountains accessible for people with disabilities; it extends beyond the ski season and into everyday life,” says Jenny.

“Thanks to VASS, we can see the future clearly, and it looks as bright as a beautiful bluebird day at Grouse.”

If you’re looking to see what this incredible community is all about, VASS is holding its annual VASS Cup & Snowfest at Grouse Mountain on Saturday, March 7.

On the day, there will be a ski and snowboard race, a ski and snowboard adventure course, sledge hockey, sit-skiing, visually-impaired skiing, a silent auction, and prizes and snacks.  Whether you’re racing, volunteering, or just there to watch all the action, there’s something for everyone on the day. 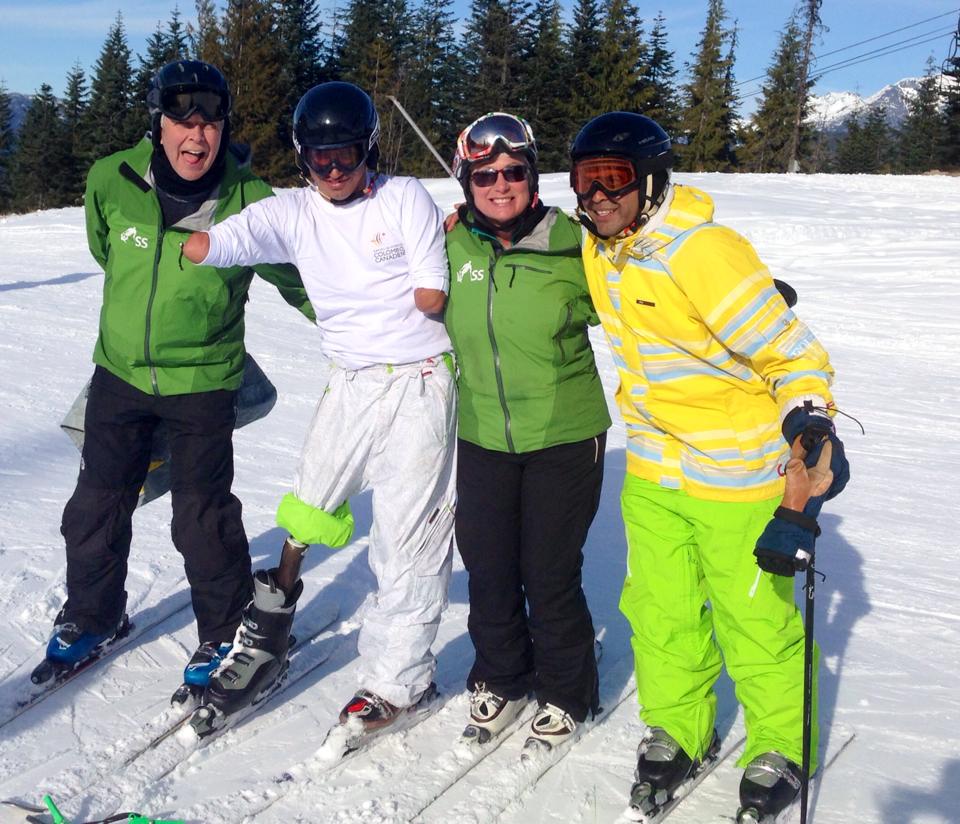 If you love skiing or snowboarding, have at least an intermediate skill level, and are over 15 years of age, you can also sign up to volunteer to become a VASS instructor next season.

VASS offers specialized training with adaptive equipment and teaching techniques to work with students of all ages and disabilities that will increase their independence on the ski hill — from snowboarding, to sit-skiing, stand-up skiing, and advanced adaptive ski racing.

Ready to make a difference in your community? Check out the FAQ page for all the details about what’s needed to sign up.

When: Saturday, March 7
Where: Grouse Mountain: 6400 Nancy Greene Way
Time: 10 am to 4 pm
Tickets: $50 via VASS. Includes a lift ticket, access to activities, après-ski, and auction.