A new report by the Institute for Transportation and Development Policy provides the city of Vancouver with a glowing evaluation of its level of public transit services.

The New York City-based global non-profit research organization’s latest report states 90% of residents within the city proper are within a 10 minutes walking or cycling distance from a frequent transit stop.

In fact, Vancouver tops the list of 22 North American cities evaluated, with Toronto coming at second place (83%), Philadelphia at third (80%), Boston at fourth (76%), and Montreal at fifth (75%). Neighbouring Seattle ranks seventh with 71%.

Of course, Vancouver has some of the highest population densities of any major city in North America, and it is generally quite compact.

“Higher densities are cheaper to serve by high-frequency transit, and higher transit frequencies lead to greater use of transit.” 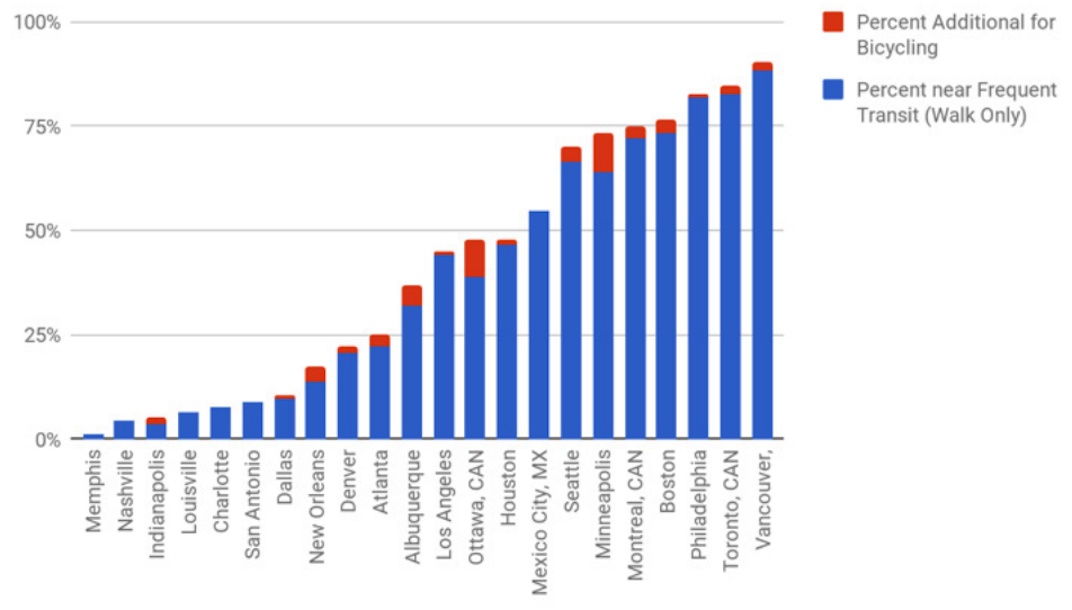 But Boston has the highest level of frequent transit services as a result of rapid transit, with 35% of residents within a half-kilometre walk of a rapid transit station. This is followed by Philadelphia at 22% and Vancouver at 20%. 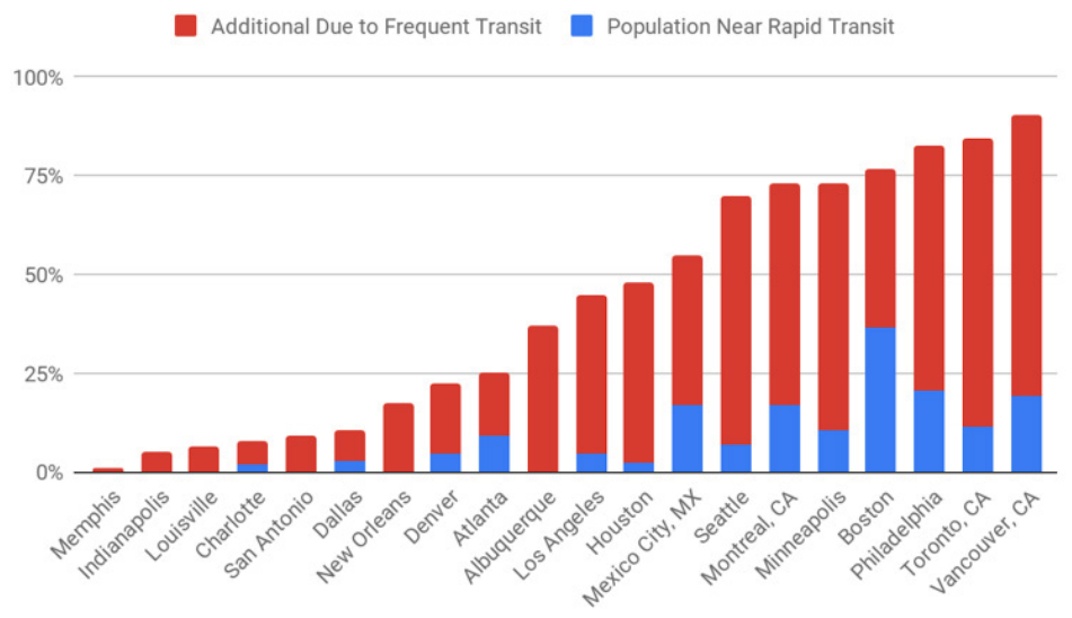 Vancouver’s small city blocks have also provided it with the advantage of being able to more easily create walkable urban environments with close access to public transit.

The city ranks second in block density (80%) — just behind Guadalajara, Mexico (90%) and ahead of Minneapolis (63%). Block density is defined as the average number of city blocks per square kilometre of jurisdiction studied.

But the block density is much lower across the entire Metro Vancouver region, which has an overall density of 13%.

“While there is not necessarily a known ideal number of blocks per square kilometre, shorter blocks are associated with higher levels of walkability, so generally speaking, having more blocks is better,” the report continues.

“Short blocks should allow for more direct routes to destinations. Higher walkability in cities is a crucial to increasing mode shares for sustainable forms of transportation, as many sustainable modes, such as public transportation or bike share, require commuters to first walk from their homes to the transportation.” 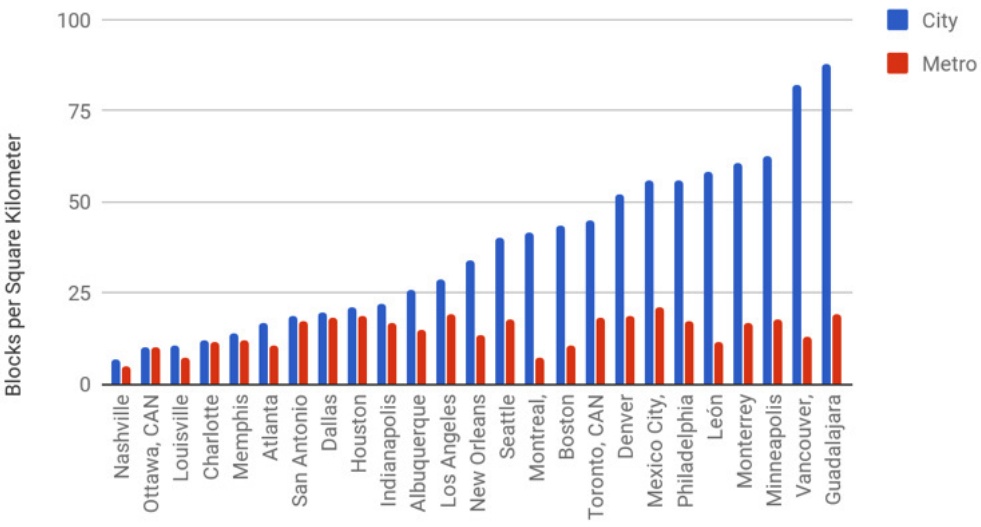 When it comes to sustainable transport mode share (transportation performed by walking, cycling, and/or public transit), Vancouver’s mode share of 52.3% was the highest of any city evaluated. This is followed by Toronto (50.8%), Montreal (50.7%), Boston (49.3%), and Philadelphia (36.2%). 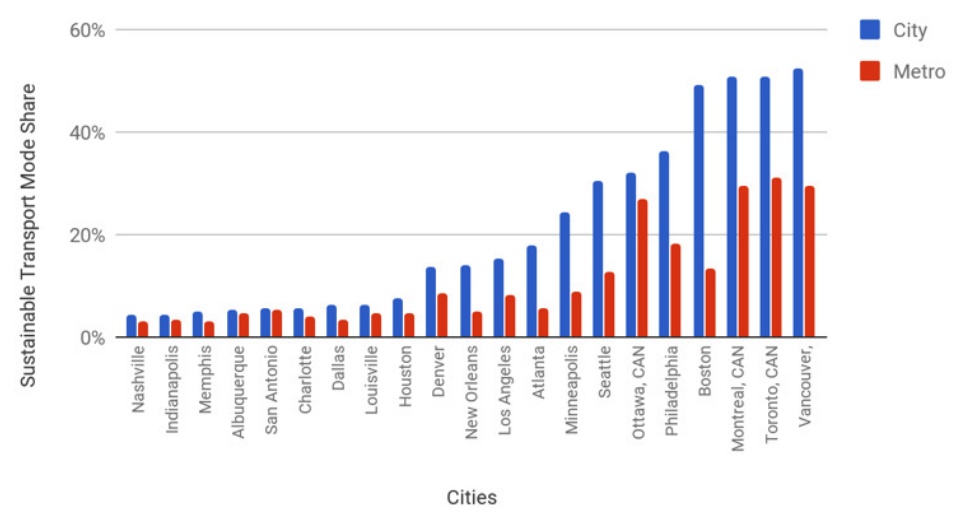 “Our ridership is North American leading and extraordinary, and I have been in this business for a long time,” TransLink CEO Kevin Desmond told Daily Hive in a recent interview.

“There is nothing else like it right now. It is fuelled by a good economy and fuelled by repeated service increases that we have put into place.”