After this weekend’s election and the usual low voter turnout, everyone was wondering how certain neighbourhood’s in the city voted. This morning I stumbled  upon these maps via @OpenFileVan‘s twitter feed. The maps illustrate an interesting tale of voter apathy as no neighbourhood in the city of Vancouver had a voter turnout greater than 50%.

Here is another map. This map below looks at voter turnout in support for Gregor Robertson. Again this map is starting to show more of a North/South divide in the city of Vancouver. As most of the city’s focus continues to be north of King Edward Avenue, I perceive this has left many in South Vancouver disenfranchised. 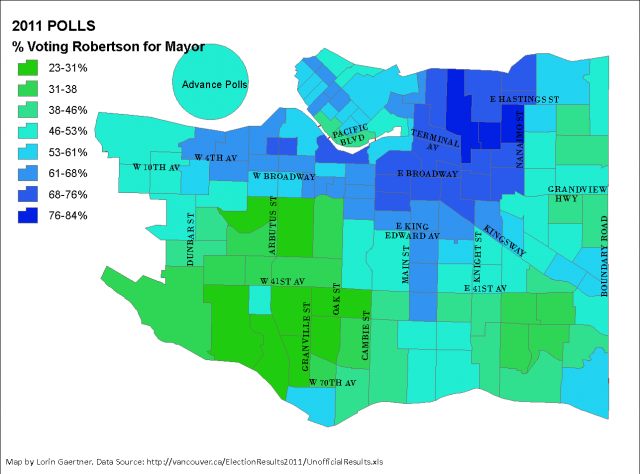