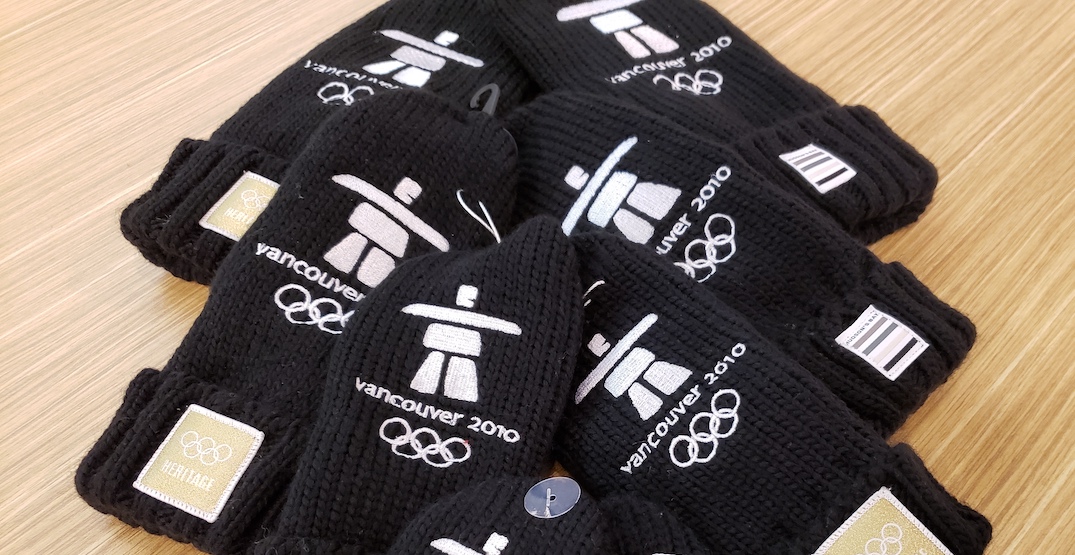 Remember the sea of people in the stadiums and streets wearing Red Olympic Mittens during Vancouver 2010?

To celebrate the 10th anniversary of the 21st Olympic Winter Games, the Hudson’s Bay Company (HBC) is hoping to fire up some nostalgia with its new special edition line of Black Olympic Mittens.

Apart from its colours, the newest addition to HBC’s Olympic Collection carries the same design as the original mittens. The full Vancouver 2010 logo is sewn onto the back, marking the first new official merchandise bearing the emblem in 10 years, and the maple leaf sewn onto the palm is red instead of the original’s white.

There is also a gold-coloured label that marks it as part of the International Olympic Committee’s Olympic Heritage Collection of apparel. 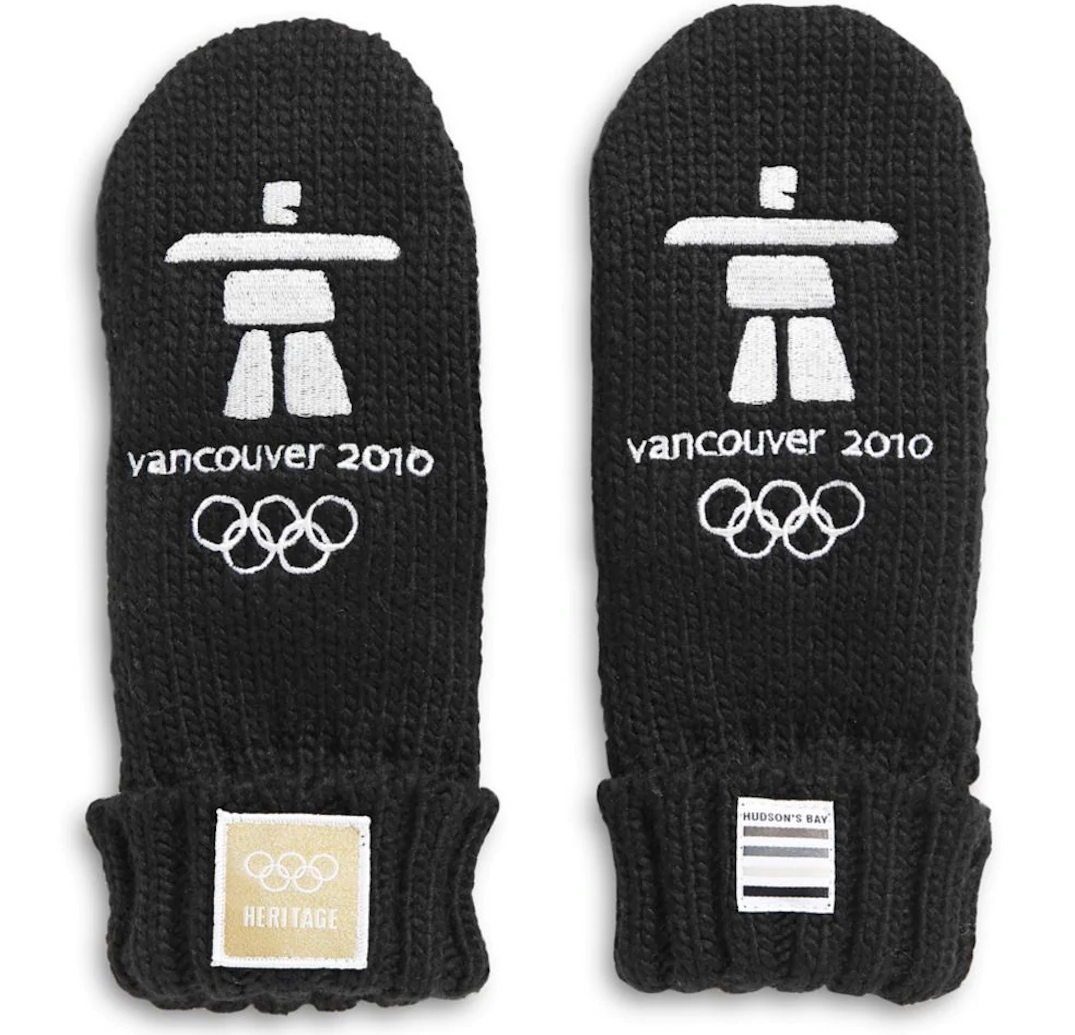 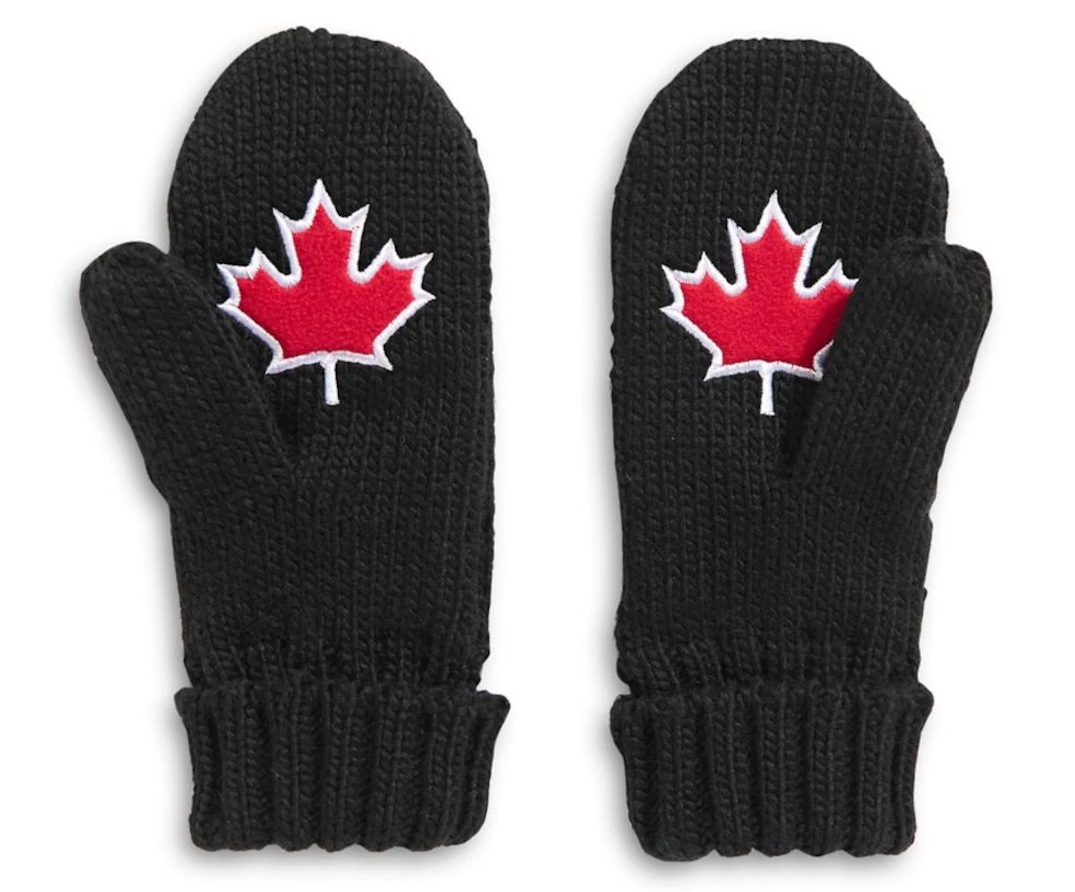 The mittens are available in-store and online for $15.00, with $3.90 from every pair going towards Canadian Olympic and Paralympic athletes. They are available in baby, kids, and various adult sizes. 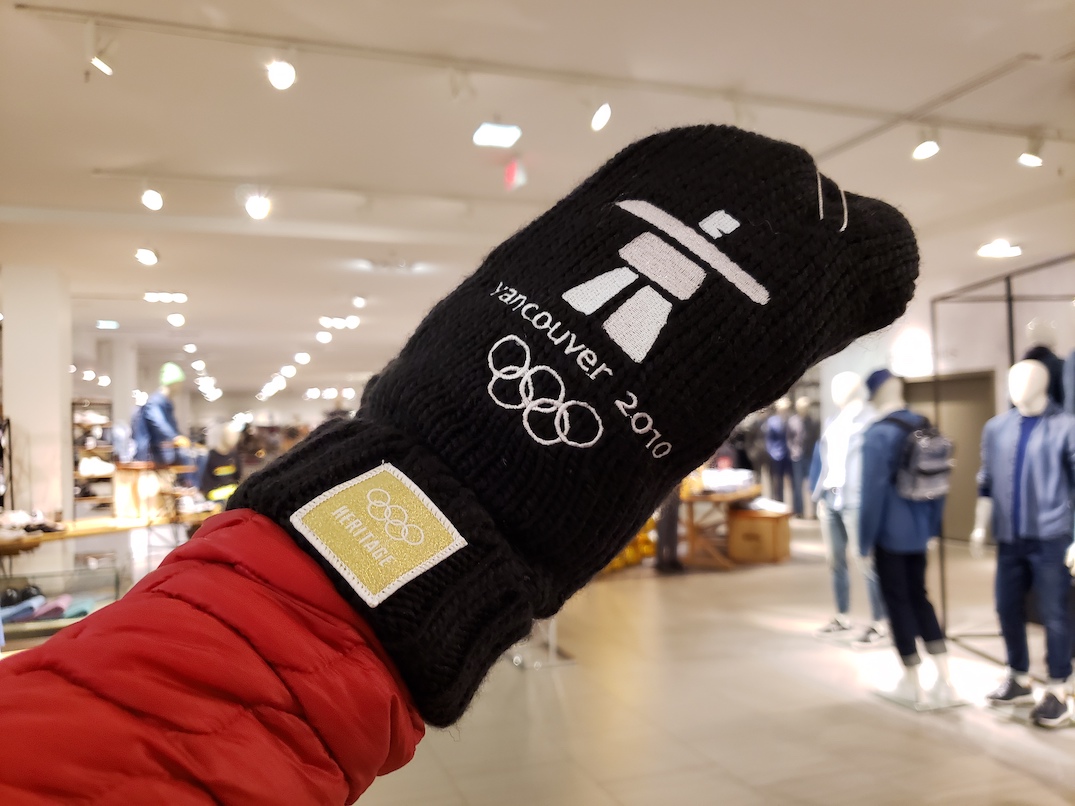 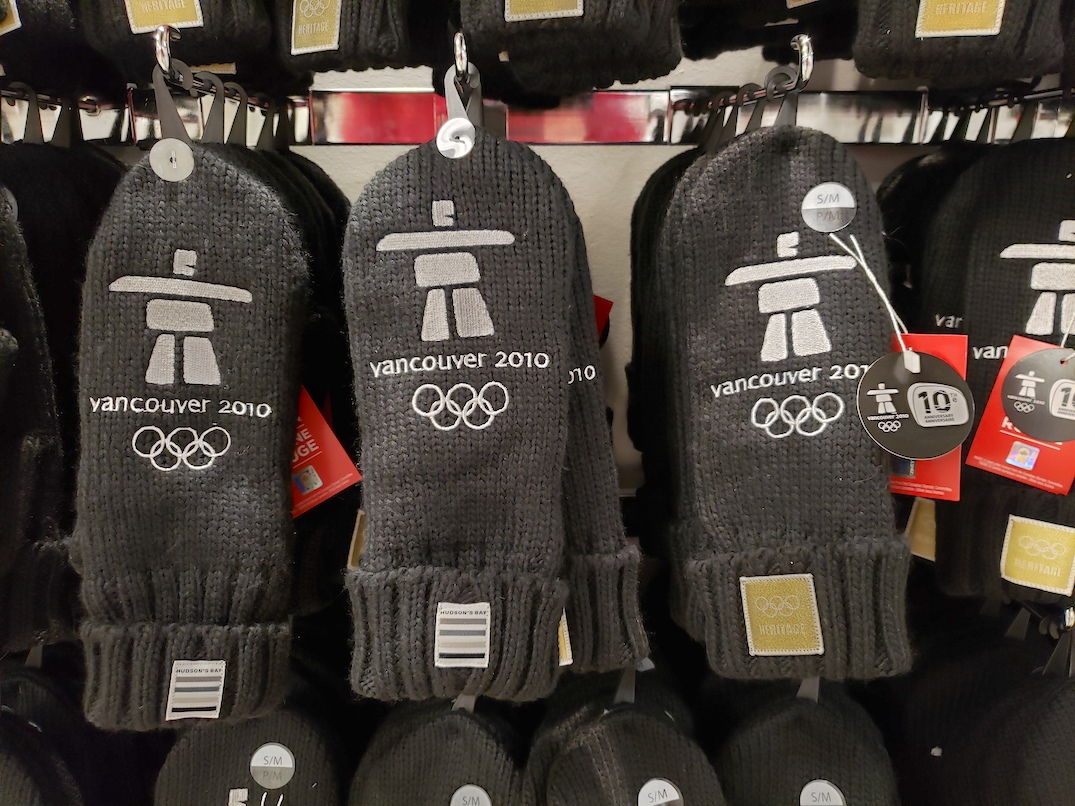 By the end of February 2010, when the Olympics concluded, VANOC had sold over 3.5 million pairs of the Red Olympic Mittens within the span of just over four months.

But these mittens were an accidental success. They were a last minute addition to the official uniforms of the 12,000 Olympic torchbearers, and as part of the uniforms they were never intended to be available to the public. 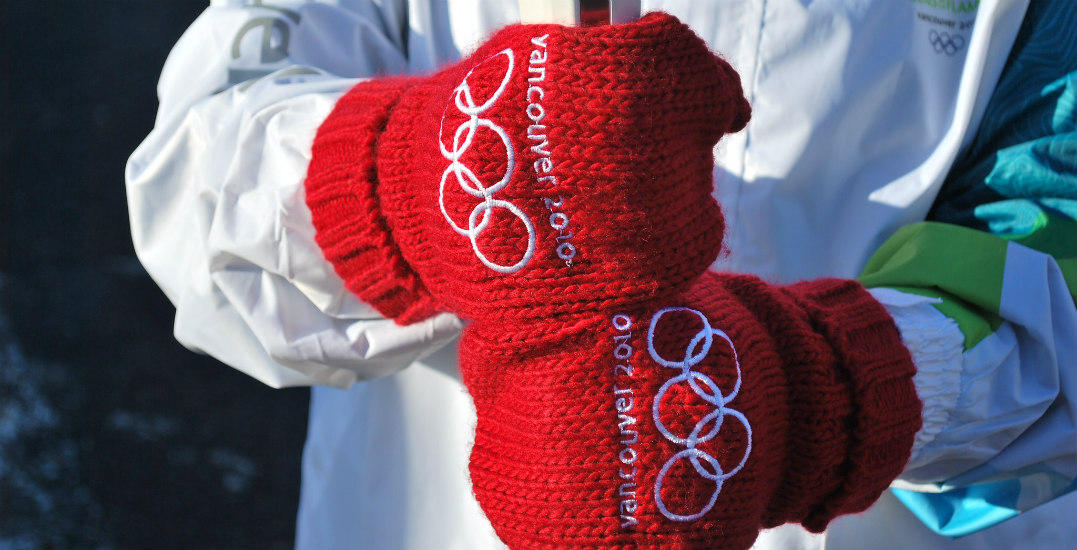 However, in October 2009, they immediately became one of the hottest pop culture and memorabilia commodities of Vancouver 2010. Each pair from the original run cost $10.00, with $3.00 going to Canadian athletes, raising a total of $14 million for the country’s elite amateur sports programs.

As a result of the success of the original mittens, the partnership between HBC and the Canadian Olympic Committee (COC) over the years has created a number of different lines of Canadian-themed Olympic mittens supporting the country’s athletes.

The COC will be hosting a free Vancouver 2010 anniversary fan festival at Jack Poole Plaza on Saturday, February 22.

Sometime over the coming months, HBC and the COC will reveal the uniforms Canadian athletes will wear at the Tokyo 2020 Summer Games. 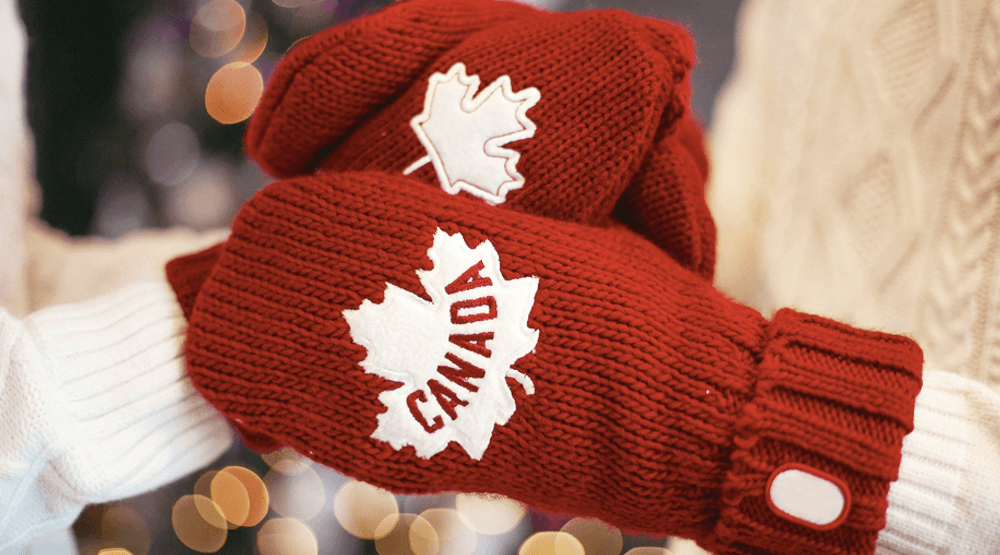 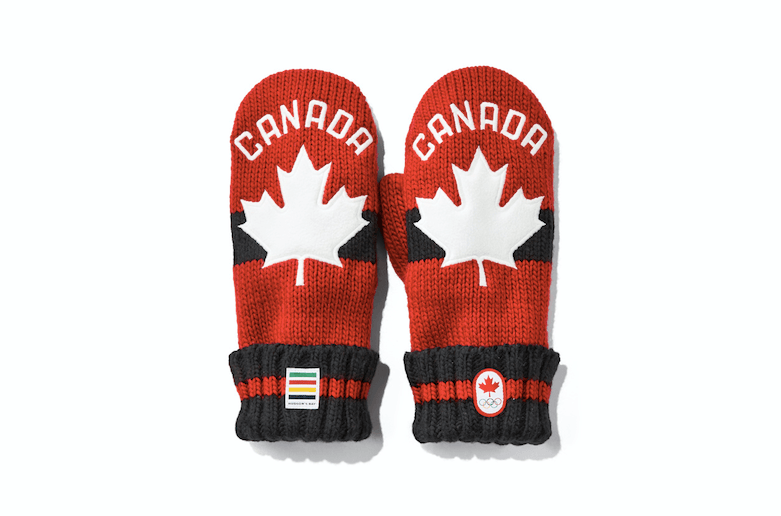