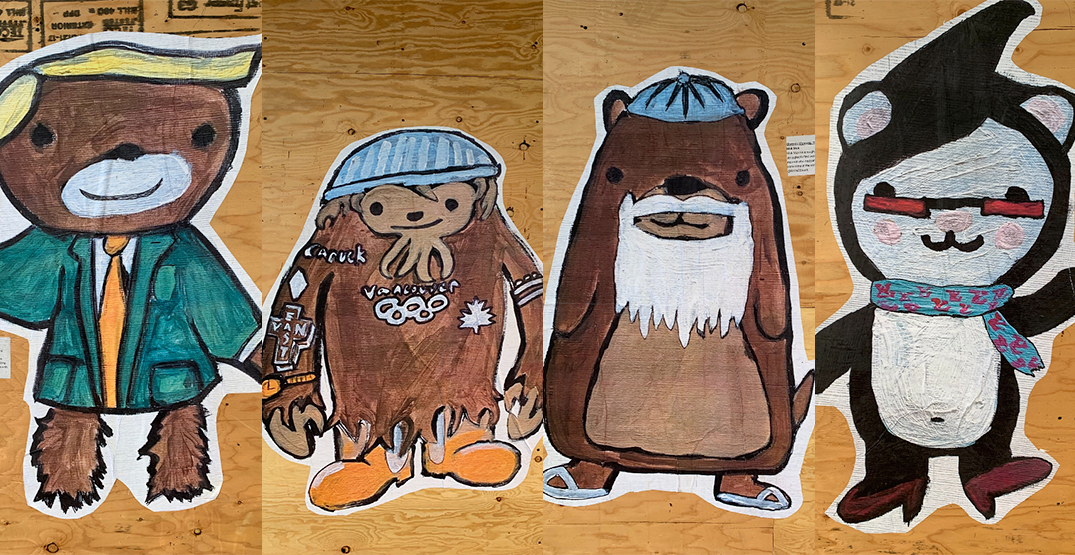 While some of the newly-created murals on boarded up storefronts in downtown Vancouver offer messages of hope and appreciation, other works have the intention of stirring up some much-needed laughter.

The mascot squad from the Vancouver 2010 Winter Games are making a small return to the public realm, 10 years after the fact. But it is not what you might expect.

Local artist wkndsnack has illustrated each of the four mascots, and based on the accompanying descriptions, it turns out they have made quite the lives for themselves in the period since the conclusion of the Games.

Quatchi and Miga were the Olympic mascots, with the former representing a Sasquatch and the latter a hybrid of an orca whale and spirit bear. Paralympic mascot Sumi is a hybrid of a Thunderbird and black bear, while Muk Muk, a Vancouver Island marmot, is a sidekick for both the Olympics and Paralympics. 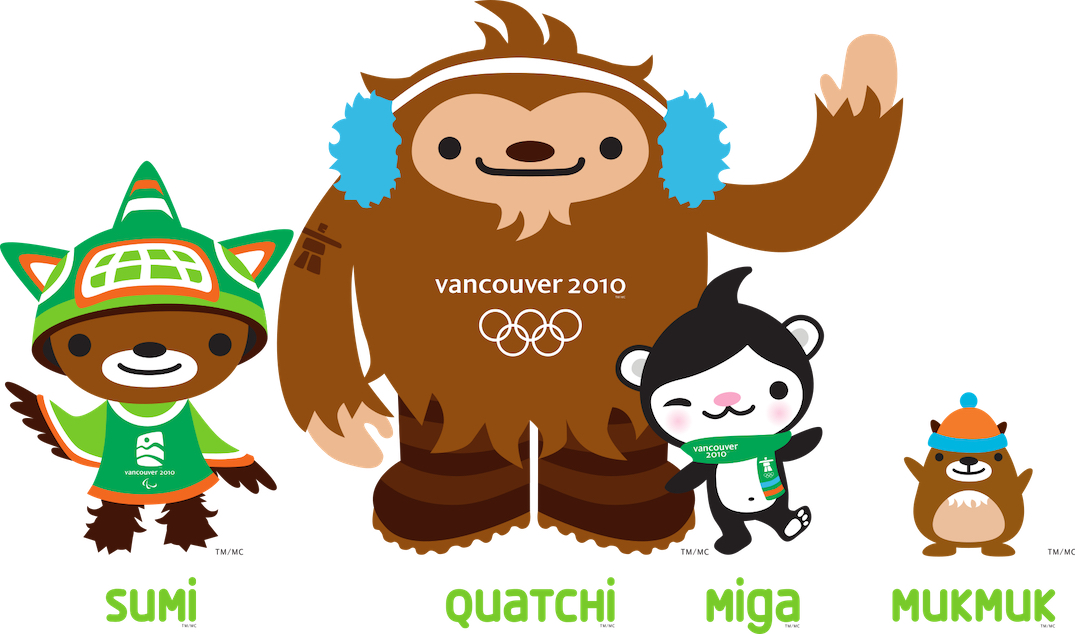 With millions of plushies and mascot-adorned merchandise sold, these mascots were a massive local cultural phenomenon.

Here are photos of the street art and the accompanying descriptions by wkndsnack found at several locations in downtown:

“After the Olympics, Quatchi suffered a painful knee injury that ended his dreams of ‘going to the show’ as a hockey goalie. While recovering, Quatchi moved to East Van, got a few more tattoos, and got really, really into craft beer. Like, really into it. He is currently working as a brewmaster and is a fully fledged member of the Sasquatch Army.” 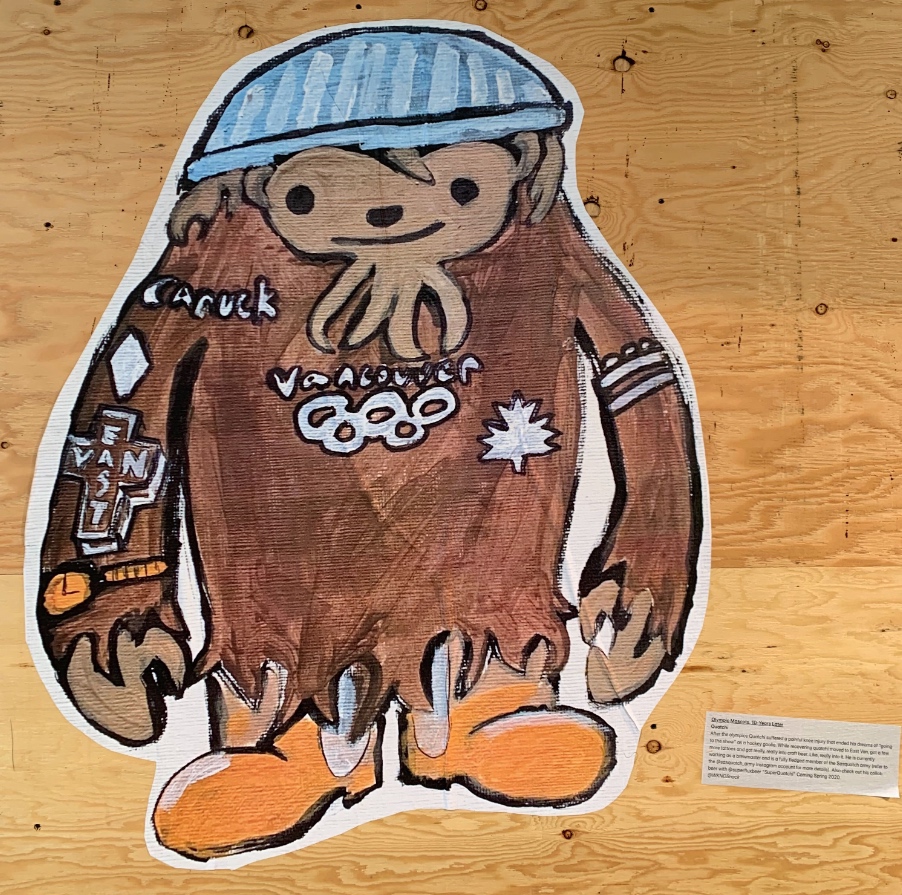 “Fuelled by her newfound fame from the Vancouver Olympics, Miga quit snowboarding, decided to start a band, and was an early adopter of Instagram. Now the 335th most followed Instagram account, she makes enough money to never work again. Of course, she still tours and records albums with her group BC Roll. After four Platinum records, 22 Juno awards, and an upcoming track with Drake, Miga looks back at her Olympic days fondly.” 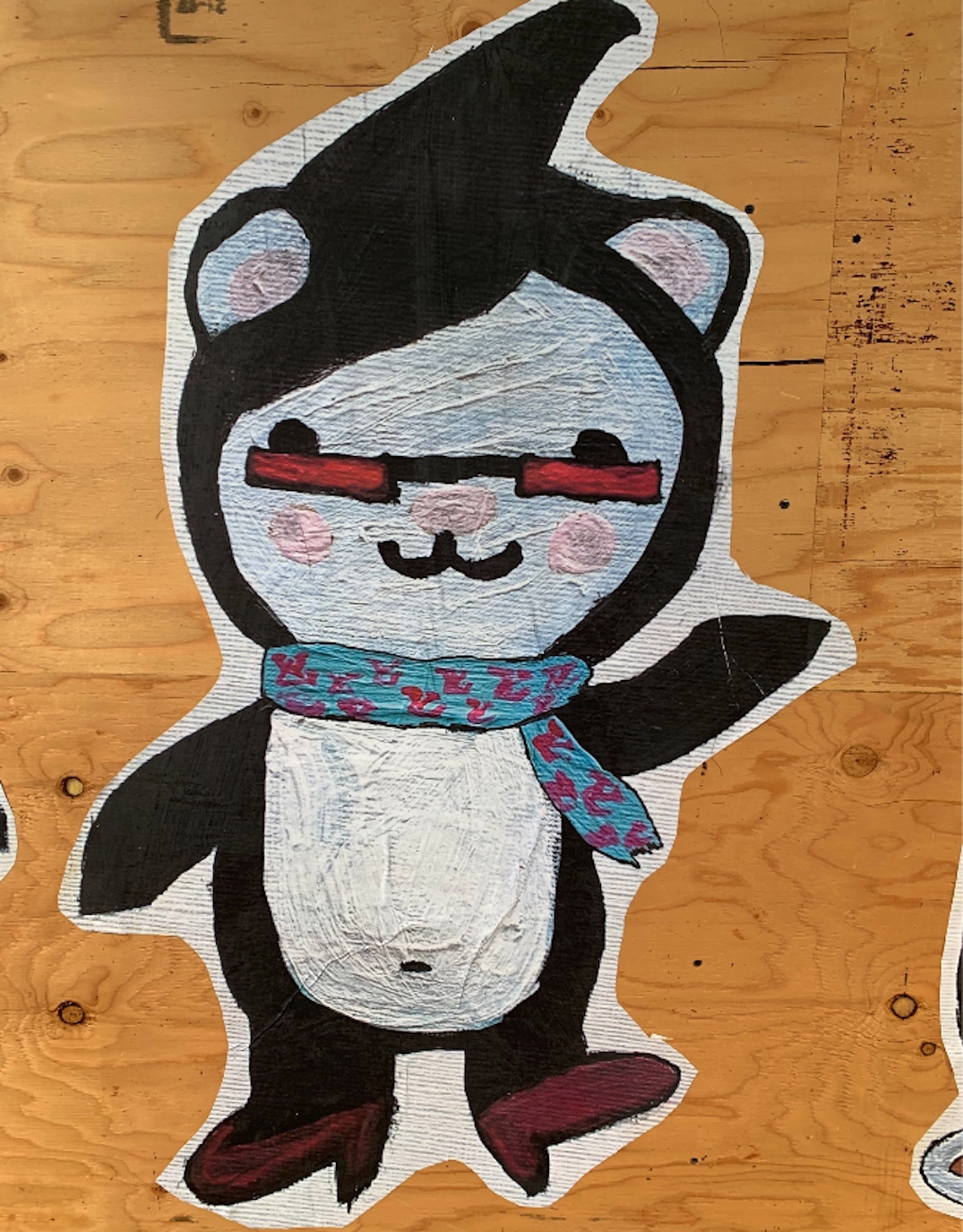 “Muk Muk hit a rough patch after the Olympics ended. Never really fitting into city life, he struggled to find work and friends. After a visit back to Vancouver Island, he met a fellow marmot who had joined a commune. After attending a few drum circles and spending some time at the commune, he inadvertently became their leader.” 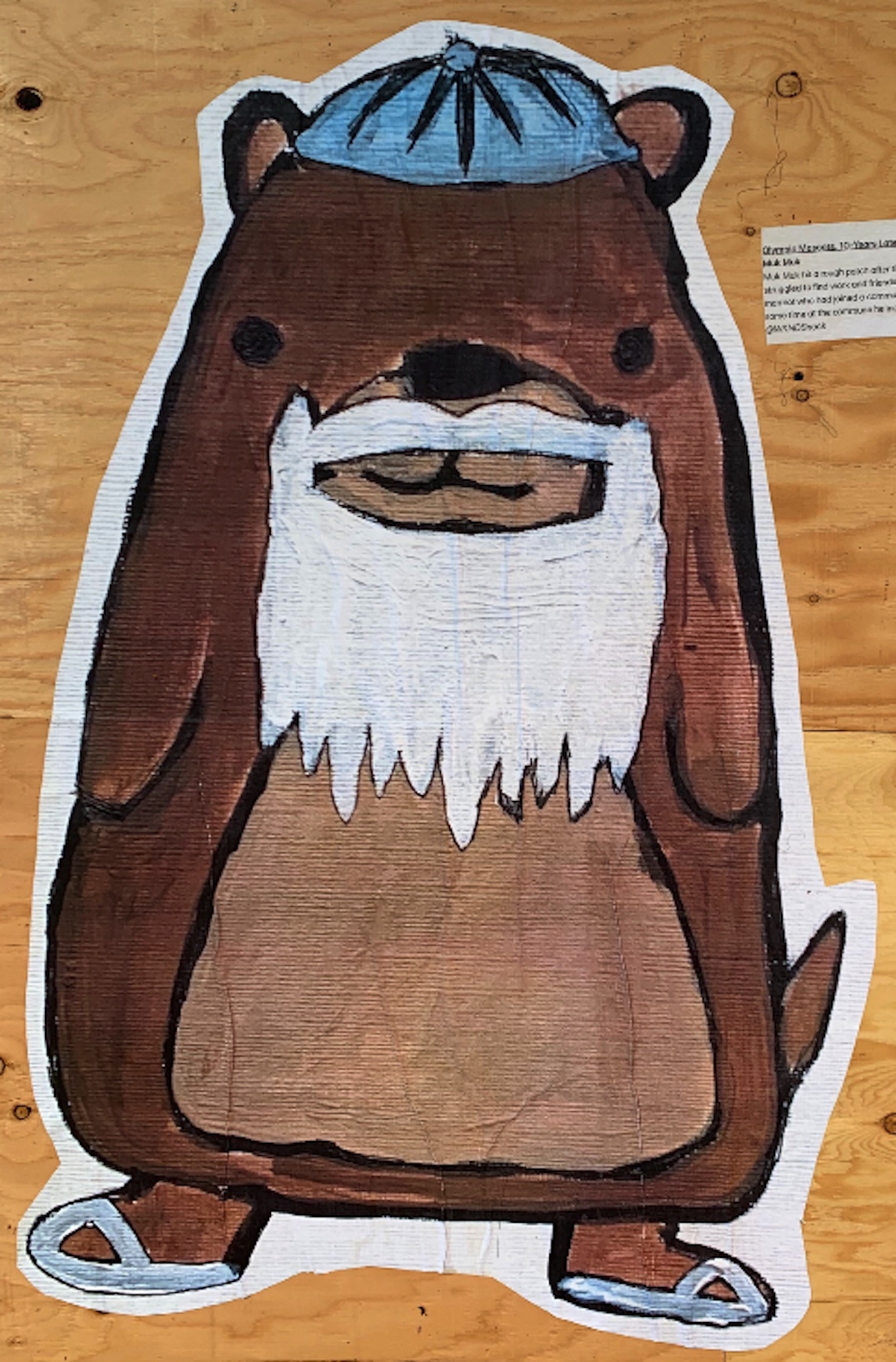 “After 2020, Sumi continued working as a lifty in Whistler for a few years. After growing tired of the constant black out nights and white out days, Sumi moved back to Vancouver with his Australian husband and completed an undergrad degree in history. He then got into UBC law and is now working as a corporate lawyer specializing in mergers and acquisitions. Don’t worry though, he still rips deep pow on weekends with Dave and his two kids.” 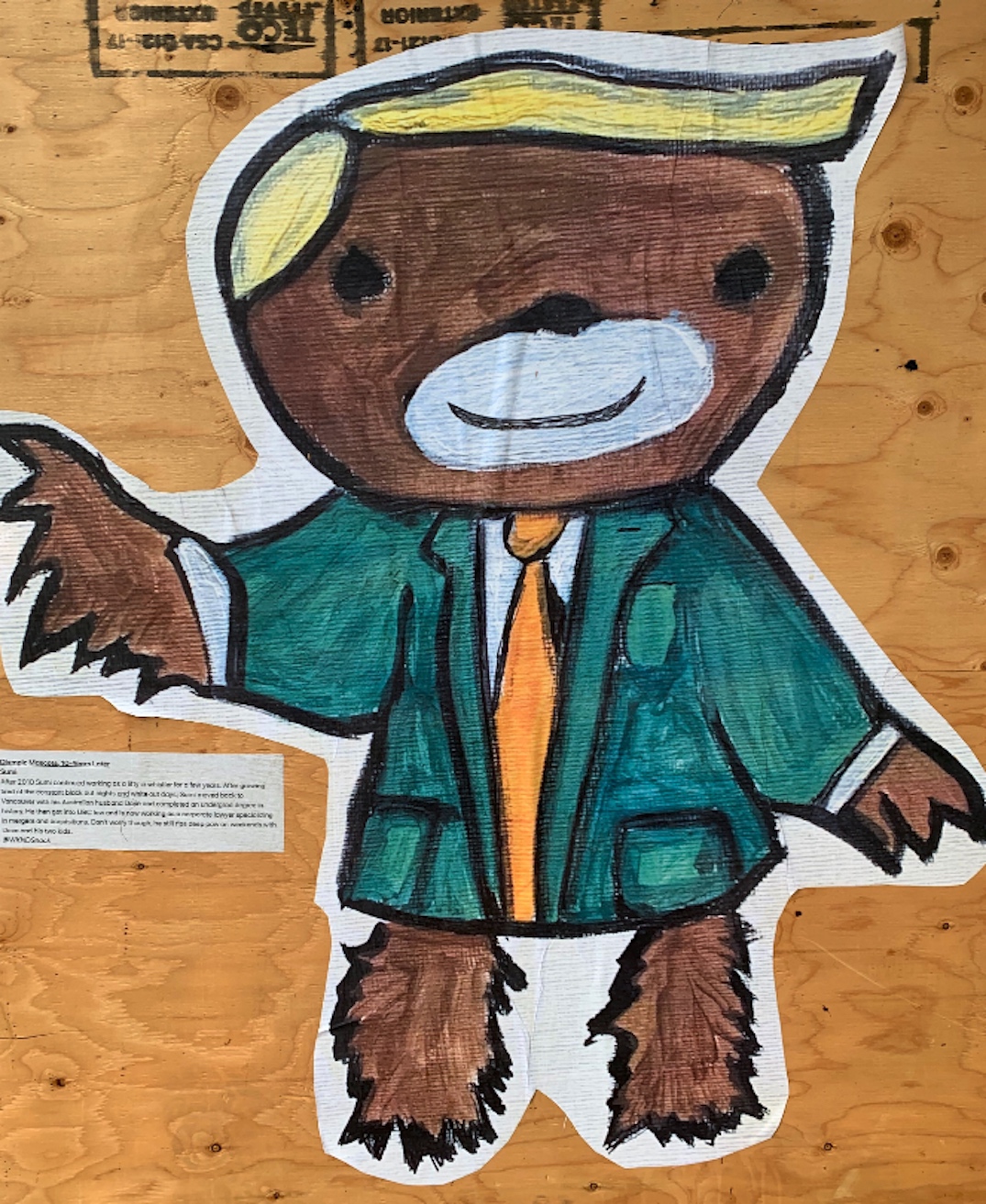