A new Vancouver company has innovative dreams to put a foldable cardboard chair made from only post-consumer recycled material on the market.

10Fold Furniture has launched a project on Kickstarter to raise $25,000 to establish a line of “pop-up furniture” made from cardboard that can withstand the weight of 500 pounds.

“The 10Fold chair provides a low-cost alternative to other pop-up furniture. Featuring a structurally intuitive design that collapses flat, you’ll be blown away by how awesome cardboard can be,” the group says on the fundraiser page. 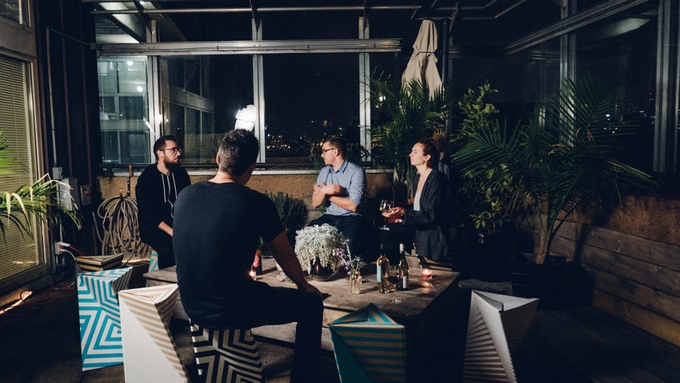 According to designers, the recycled chair is made from the packaging that comes with most typical chairs and is 10 times better for the environment than the alternative.

“To eliminate the concept of waste means to design products, packaging and systems from the very beginning on the understanding that in nature waste does not exist,” says Jordan Palmer, Co-Founder/Designer of 10FoldFurniture. “That’s why we developed the 10Fold chair, using post-consumer recycled products.”

Palmer says the original idea came from an industrial design project in school geared toward solving the issue of “transformicity” – the idea of constantly moving, like many university students can relate to.

“The idea being that a lot of money is often spent on buying furniture that needs to be stored, sold, given away, or thrown out at the end of the second semester each year, only to be moved out of storage or re-bought again the next academic year,” Palmer adds.

For the structural design of the 10Fold Chair, Palmer was inspired by Science World’s geodesic dome, designed by R. Buckminster Fuller. He needed to find the strongest possible form that used the least amount of material and had the fewest number of pieces.

“What I ended up with was a single-piece design that could support twice the required weight using only half the allotted material, could be easily constructed and flat-packed for storage.” 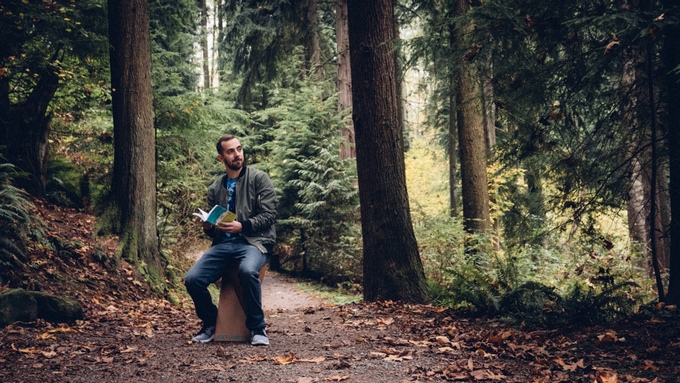 Palmer says that among the types of groups who could use this chair are event organizers and festivals, “specifically in the case of outdoor music festivals which are massively bad for the environment.” As well, students, young professionals and urbanites might appreciate the chair’s easy storage solution and light carbon footprint. When not being used as seating, it can also be used as a side table.

Between coming up with the idea, building the prototype, and putting the chair on the market, there was a lot that first had to be done before the Kickstarter idea could reach fruition.

Palmer says he and friend Rick Bezuidenhout sat down at Third Beach in Stanley Park one evening in August and discussed how they could launch their project by Christmas. Since then they have been busy crunching numbers, testing samples with the Great Little Box Company in Richmond, building large silk screens with Blim Studios downtown, testing their design with a team at Simon Fraser University and showing off their product at TEDxVancouver.

So far they have reached 44 backers totalling $1,600, but they still have a ways to go. Those wanting to get in on the ground floor of the new design have until December 20 to help out the project.