After Vancouver’s 6-1 loss in this must-win game against the Stars, Canucks fans probably need a six pack of beer to drown their sorrows.

Me, I’m going with wine. 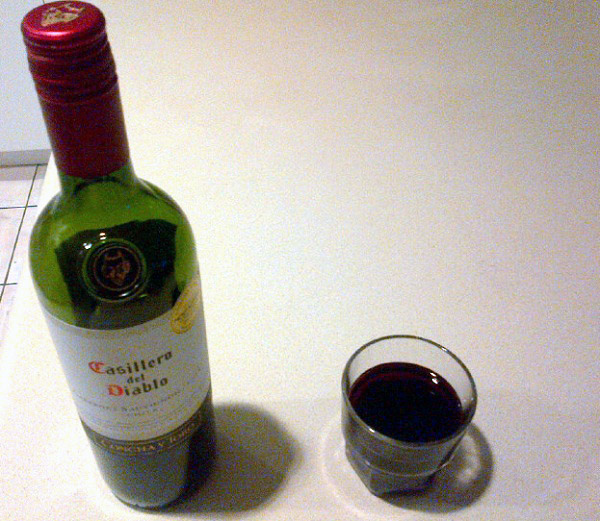 Don’t judge. I don’t use the fancy glasses when I drink alone.

1. The players are NOT happy

It’s easy to look at the scoreline and say the Canucks have given up, or they’ve quit on their coach or they just don’t care anymore, but it’s simply not true.

“If this isn’t rock bottom, I don’t know what is.”

“It was a humiliating game to be a part of.”

“It’s just embarrassing to be standing here after every game talking about how we can’t score, we’re losing games, and stupid mistakes. It’s just the same old story every time.”

These guys want to win. Even if only for their own pride, they want to be winning games and they want to make the playoffs.

At the 16 minute mark of the first period, the Canucks went on a power play and you could see that desire. Sedin, Bieksa, Alex Edler and Ryan Kesler looked like they were on a mission to score on that man advantage and they created at least four quality chances.

Right after the power play, Zack Kassian ran Brenden Dillon into the boards, forcing his team to kill a five minute penalty, during which they gave up another goal. And once they were down 4-0, they were deflated.

But have they given up? No.

This was when the Canucks were down 3-0:

If I was still the back up I coulda came in and mopped this game up nicely…..

He might be a goalie, but that’s a 100 mph slapshot at Torts.

And then there was this fortune telling tweet right before the third:

I'd put Thing 4 in for the 3rd period

(Thing 4 was in the net for the third)

Markstrom will officially be known as #Thing4 for his duration in Vancouver. #Amirite #AnotherGiftFromStrombone

Could turn out to be true.

When Shawn Matthias was traded to the Canucks, he was happy.

I am so excited to join @VanCanucks and be back in Canada! This is gonna be sweet!

Feeling the same after being ventilated by a team that was 2 points ahead of you in the playoff race?

He’s probably not as excited anymore.

Caught this shot of Kes looking downtrodden on the bench:

"Why wasn't I traded? Whyyy?!" RT "@omarcanuck: Kesler sobbing into his glove… pic.twitter.com/8ZR04kQmJP"

I think he was saying “damn you Lu! Damn you!” RT @omarcanuck: Kesler sobbing into his glove… pic.twitter.com/uPKPyI0f2C

There weren’t many positives…

Okay I’m not even sure there was one, but I’m going with it.

Eddie Lack can play. He didn’t have a bad game – he was simply hung out to dry by his team. Breakaway goals, 2-on-0’s, Edler screening knucklepuck shots – what’s a guy supposed to do? This: 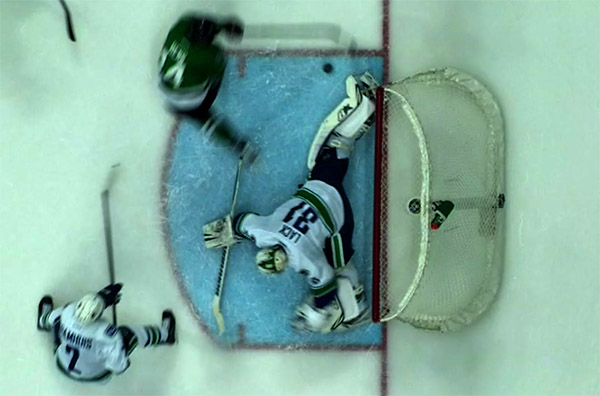 Pardon the blur – Benn was just going that quickly (meaning Lack’s save was that good).

Down 4-0, his head was still in it. That’s resiliency – and as a goaltender in Vancouver, we know he’s going to need a truck full of resiliency.