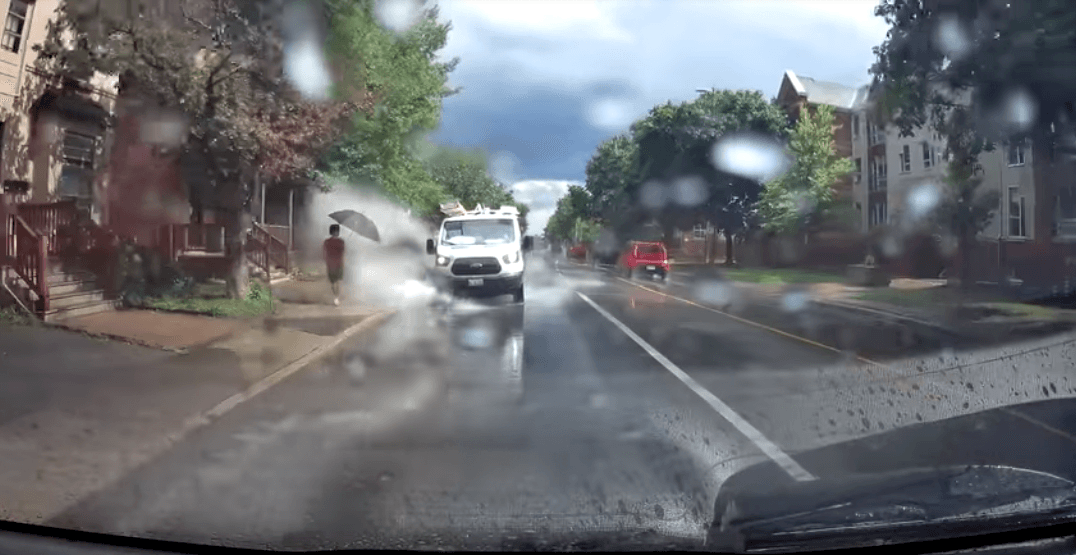 An Ottawa van driver was fired after being caught splashing pedestrians using the company vehicle.

At the time, the videographer tweeted at Ottawa Police asking if there was a law for slowing down at puddles to not splash pedestrians and included a link to his video.

Police responded saying there is no by-law, but that drivers may be charged with mischief.

There is no City By-law or offense under the Ontario HTA for vehicles splashing pedestrians while passing them on the road. There may be possibility of a Mischief charge, but one would have to show intent.

The video seemed to land in the hands of the proper authorities and just days after the incident, the driver was fired.

“We apologize to everyone impacted by the recent incident in Ottawa of unacceptable driving by one of our van drivers,” stated Black & McDonald Limited on their Facebook page.

“We want to reassure the public that safety is our #1 priority. This is an isolated incident and the individual is no longer employed with Black & McDonald.”

Ottawa police Sgt Mark Gatien also confirmed the news that the employee was let go, and thanked the officer on patrol who helped assist in the outcome.

Update on the Van Splashing Incident. I would like to thank Black & MacDonald Ottawa Div. for their quick and decisive action in this matter. The driver of this van has been terminated from the company. I would also like to thank a patrol Officer who assisted in this outcome.