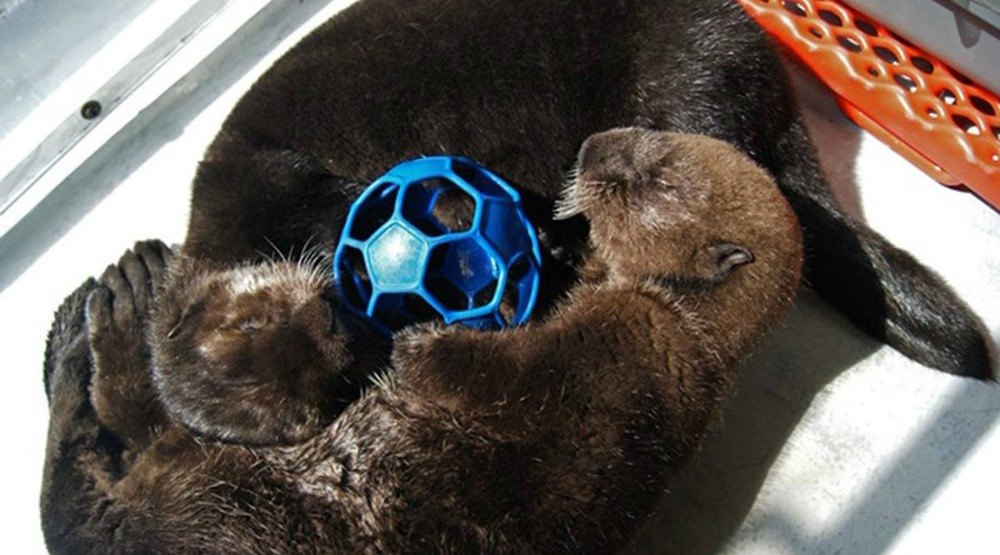 The Vancouver Aquarium has just gotten a whole lot cuter.

Two sea otter pups were transferred to the Vancouver Aquarium Marine Science Centre on November 1 after being rescued and rehabilitated in Alaska. The pups will receive long-term care at the Aquarium, since they are deemed non-releasable by the U.S. Fish and Wildlife Service.

The sea otters were found separately on the Alaskan coast. The male was about a week old when he was found, and the female was about three weeks.

Sea otters are very dependent on their mother’s during their first six months, and without her care wouldn’t be able to survive in the wild.

“After being found without their mothers and unable to care for themselves, these animals have been given a second chance at life,” says Brian Sheehan, the aquarium’s curator of marine mammals.

“The ongoing care for a sea otter takes a tremendous amount of resources, and that role will continue here as our marine mammal team helps them integrate into their new home.” 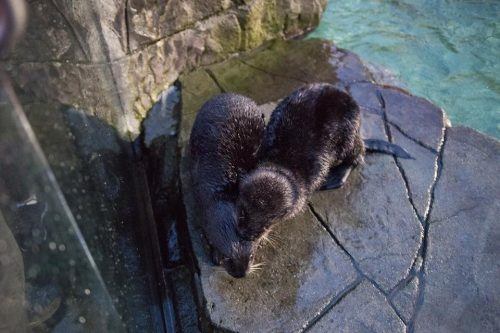 The sea otter pups will live in the Finning Pool together while they get used to their new life in Vancouver. Eventually, they will will join the other Aquarium otters, named Elfin, Tanu, Katmai, and Rialto.

The two sea otter pups are currently nameless, and the Vancouver Aquarium is inviting everyone to help find the perfect one. The aquarium has put together a voting page for people to choose their favourite name. Options include:

On November 17, the aquarium will announce the most popular male and female names, and two of the voters will be selected for an up-close visit with the pups.

If you’re not one of the two lucky voters, don’t worry. You’ll be able to see the otters exploring their new habitat live on the Aquarium’s live cam.