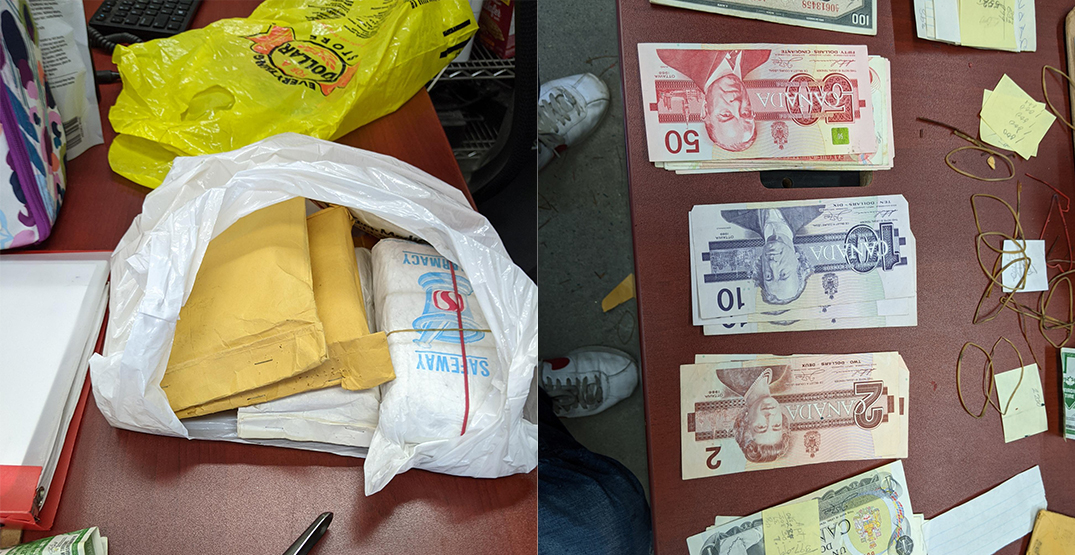 Staff at a Value Village in Vancouver found $85,000 in a donated bag and with the help of police tracked down its rightful owner and returned it.

The cash was inside a yellow plastic bag dropped off at Value Village’s donation centre on Hastings Street this week. Store manager Jeffrey Stonehouse thought at first the envelopes inside contained receipts, but when staff opened them, bills poured out.

Staff contacted police, because that’s their policy whenever money comes in with donations.

Banking records mixed in with the cash contained a woman’s name, and officers with the Vancouver Police Department were able to track her down within a day.

The woman is elderly and recently moved into a care home, Const. Tania Visintin told Daily Hive via email.

“Her family was cleaning out an old storage locker and decided to donate some items to the thrift store when they unknowingly donated a bag containing the cash,” Visintin said.

Police believe the money had been lost or forgotten for about 25 years. 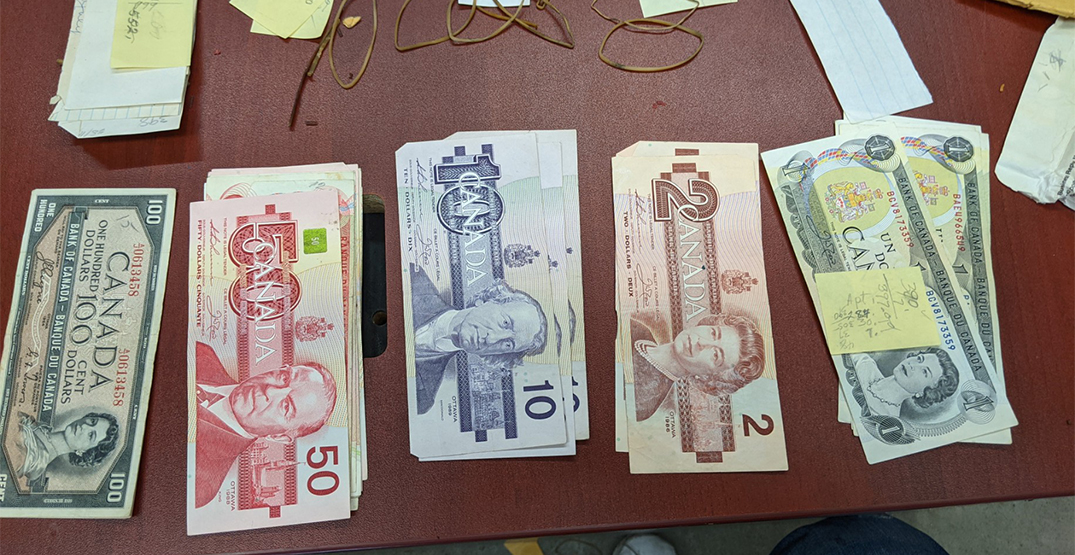 Stonehouse was happy to hear the money’s owner was still alive, since records in the envelopes suggested it was squirrelled away between 1993 and 1997. The oldest bill was from the 1950s, and the most recent print was from 1998.

The money included $1 and $2 bills that predate the Loonie and Toonie. He also believes the $100 bill may be worth more than its face value because it’s a centennial collectible.

This isn’t the first time someone has mistakenly donated something valuable, but it certainly will be memorable.

“This has blown everything out of the water. I don’t think we’ll ever beat this record again,” Stonehouse said.

He added staff are usually able to reunite a donor with a valuable item donated by accident.