The annual Vaisakhi Parade, taking place on April 18, 2015, will once again host a lively and celebratory event to mark the New Year, pay tribute to the harvest and commemorate one of the most important days in the Sikh calendar: the creation of the Khalsa.

The Khalsa was founded to fight adversity over 300 years ago and has since continued to be at the heart of Sikhism. Vaisakhi is celebrated worldwide to recognize the evolvement and importance of this heroic group of people.

The event has been held in Surrey for the past 12 years bringing together over 200,000 people as one of the world’s largest parades of its kind outside of India. It is an occasion with vibrant performances, live music, decorated floats, and complementary food and drink by local residents and businesses.

The annual Vaisakhi Parade invites people of all cultures and religions to experience the joyous day and savor the unique food and entertainment.

Parade Route: The Vaisakhi Parade is scheduled to begin at approximately 9:30 a.m. at the Gurdwara Sahib Dasmesh Darbar, located at 12885-85 Avenue. The Parade will conclude there at approximately 4 p.m. 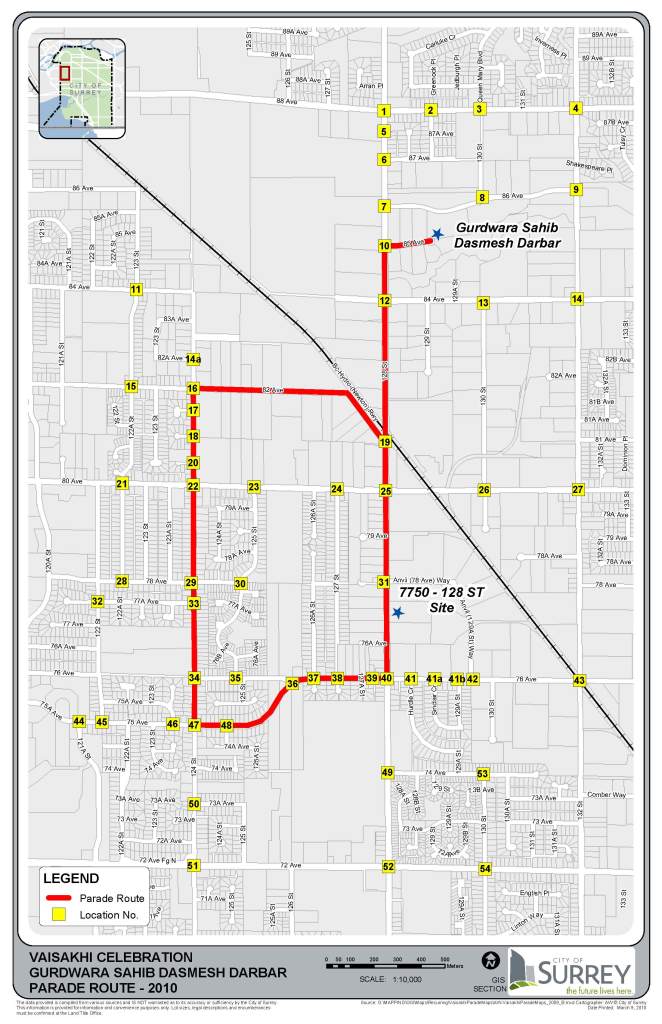