The UR Experience Tour stopped off in Vancouver on US Thanksgiving Thursday, where Usher Raymond delighted a throng of twenty to thirty something fans. While my student days were set to the backdrop of the Confessions and 8701 soundtracks, I entered the Rogers Arena with an already negative review pre-written in my mind.

From 1997’s You Make Me Wanna to 2004’s Caught Up, Usher could do no wrong. Hit after hit, anthem after anthem, there was not an R&B compilation in the world that could afford to miss slapping an Usher track down on the first half of disc one. 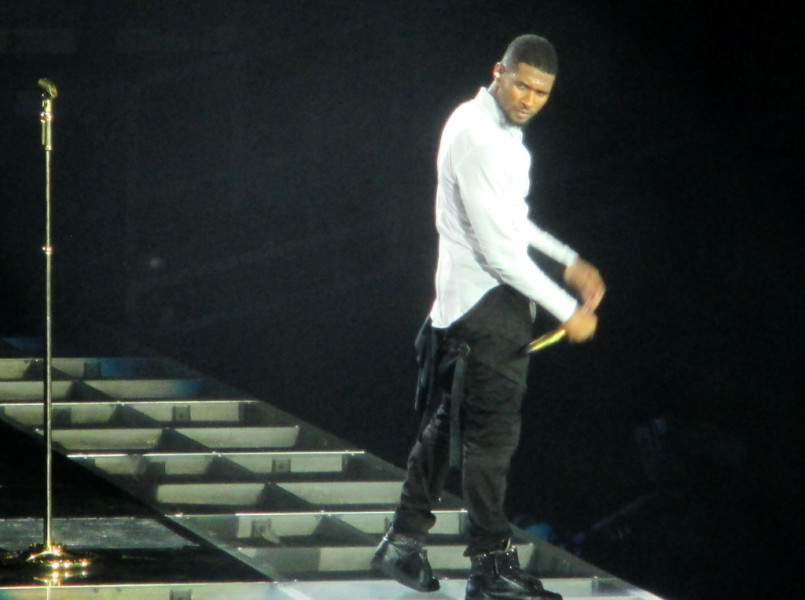 But things have arguably gone pretty downhill since; bar 2010’s will.i.am collaboration, OMG, it’s hard to recall a memorable single from the eight-time Grammy Award winner in recent years. Fresh meat now rules the chart and previous competitors such as Justin Timberlake and Pharrell Williams are conquering the eternal battle to stay relevant.

With that in mind, I prepared for an evening of forgettable new material sewn in with a few sluggish old classics just to keep bums on seats. Wrong. Emerging from the smokes the young 36 year old gave the audience exactly what they came for; back to back Usher greats. Opening with 1998 smash My Way, he ripped and rocked through the best of the best. You Make Me Wanna… was updated with a brass band, You Got It Bad was sung note perfect (by both Usher and his adoring crowd), and Yeah, with so much energy you could see the sweat from front to back row. “We’re here to celebrate the YEARS”, and celebrate he did, giving the show his all. 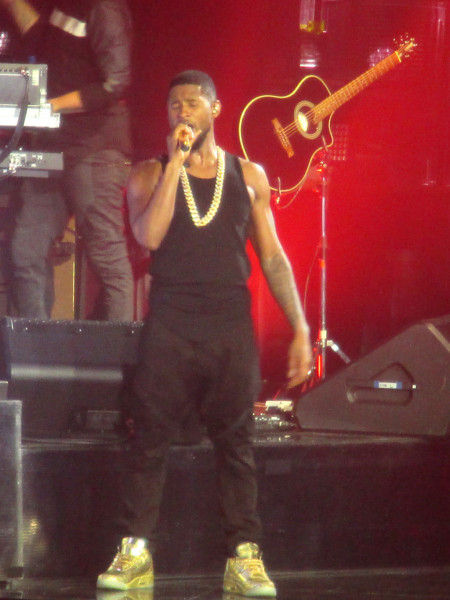 Caught Up was a huge highlight, proving he still has the moves and then there was Burn which simply demanded a room sway-along.

There were certain moments which surfaced Usher’s potential expiry date. The “let’s all take out our cell phones and shine the light” was, unless you’re 17 and on Disney Channel, cringe. The segment where his dancers scouted the crowded for “hot” ladies was overrun and more familiar behaviour at a Boyz II Men Vegas residency. 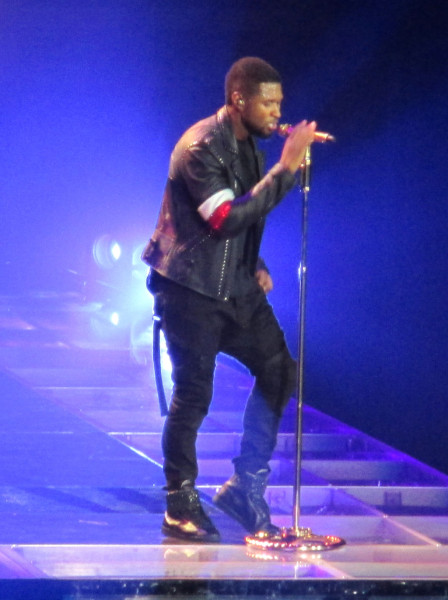 A mid-show medley of hits including Confessions and My Boo was exciting yet disappointing in that, as stand out tracks in his career, it would have been nice to see them performed in full with an updated twist.

A true performer and man of the stage, Usher made Vancouver audiences feel special, from remembering it was in Canada that You Got It Bad first went to number one, right to performing wearing the Vancouver Canucks jersey, which he claimed to be an “honourary member” of, that Thanksgiving night.

It’s fair to say that at close of set, Usher has a catalogue of hits many artists today can only dream of having in 20 years’ time. The disappointment lies in new creativity and evolving as an artist. The show itself is the perfect 10 if this were 2004, and while it was entertaining, beautifully sung and perfectly choreographed, it’s now 2014. To put it bluntly, we expect more today. 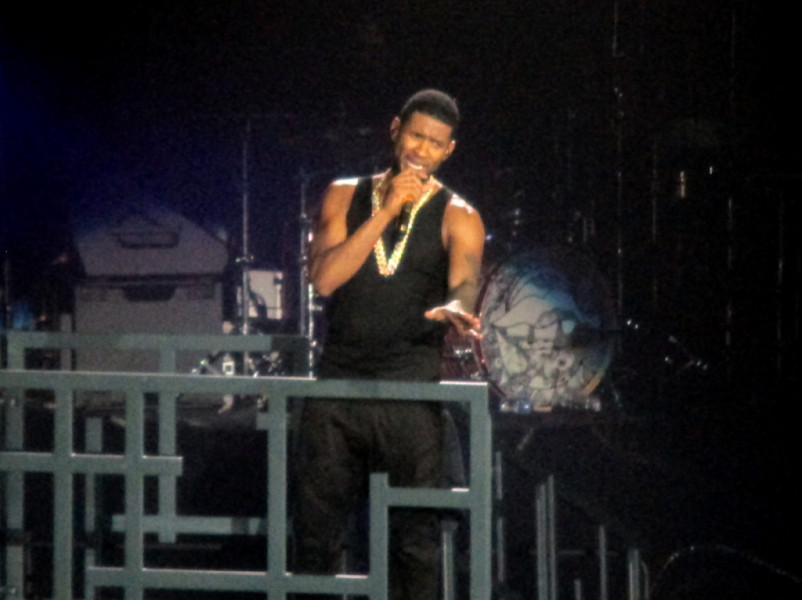 There’s no denying this man’s unquestionable talent, but is he able to evolve as an artist? 2015’s delayed album will hopefully be able to tell. In the meantime, enjoy the UR Experience Tour for the old school R&B hits, and hope that maybe next year, he brings sexy back.