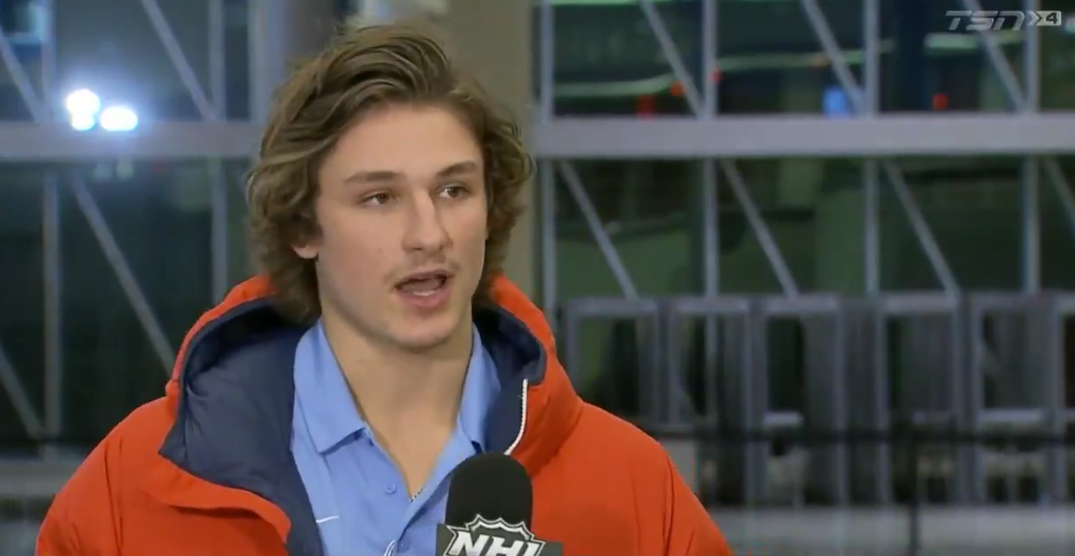 Well, you’ve got to hand it to him, he was right.

Before the biggest game of his life, Trevor Zegras wasn’t afraid to speak his mind. In an interview with the NHL Network, the Team USA forward didn’t give the usual cliche hockey player answer when asked about the other team.

Coming into the gold medal game, Canada had put together one of the most dominating tournaments ever at the World Junior Championship. They had outscored their opponents 41-4, and at even strength, they outscored teams 33-0.

While they played in the easier of the two groups during the round robin, the only tough team they didn’t play en route to the gold medal game was Sweden, and they finished fifth. Canada cruised through the medal round, making it look easy against the Czech Republic (2-0) and Russia (5-0).

The Americans, on the other hand, had a rougher ride to the gold medal game. They needed a late goal to get by Finland in the semi-final, and lost the opening game of the tournament to Russia.

But Zegras? Well he was as confident as can be before the game against Canada, basically predicting what was going to happen.

“I honestly don’t think this goalie has been tested five-on-five yet, and I think that’s something that we’re gonna prove today and hopefully we get a couple by him,” said Zegras, a ninth-overall draft pick by the Anaheim Ducks in 2019.

Zegras, who finished with a tournament-high 18 points, assisted on the opening goal in the first period, and scored their second goal in the middle frame. Indeed, they got precisely “a couple” by Devon Levi, and they may have indeed caught Canada by surprise.

And to top it off? Both goals were scored at even strength.

It propelled them to a 2-0 win and a gold medal in what has to be considered a shocking upset.