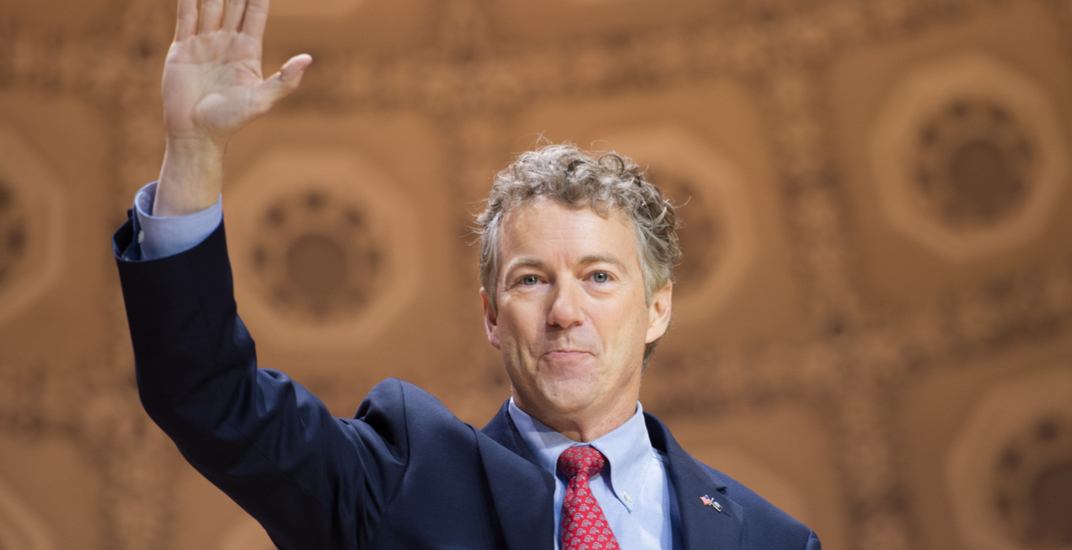 He is known for being one of the fiercest political critics of socialized medicine and he’s heading north of the border for surgery this month.

That’s right, US Senator Rand Paul is coming to Canada later this month for hernia surgery, according to the Democratic Coalition.

Oh, the irony: Kentucky Sen. Rand Paul, one of the fiercest political critics of socialized medicine, will travel to Canada later this month to get hernia surgery.

The surgery is to treat injuries Paul suffered when his neighbour, Rene Boucher, attacked him while he was doing yard work at his Kentucky home in 2017.

The incident was spurred by a collection of tree trimmings and other yard waste that collected in Paul’s yard near the property line his home shares with Boucher in Bowling Green, Warren County, Kentucky, according to court documents.

According to reports, the incident left Paul with six broken ribs and a bruised lung, which led to him contracting pneumonia.

In the past, Paul has linked universal health care to slavery. “With regard to the idea whether or not you have a right to health care, you have to realize what that implies,” said Paul during a debate with Senator Bernie Sanders during the spring of 2011.