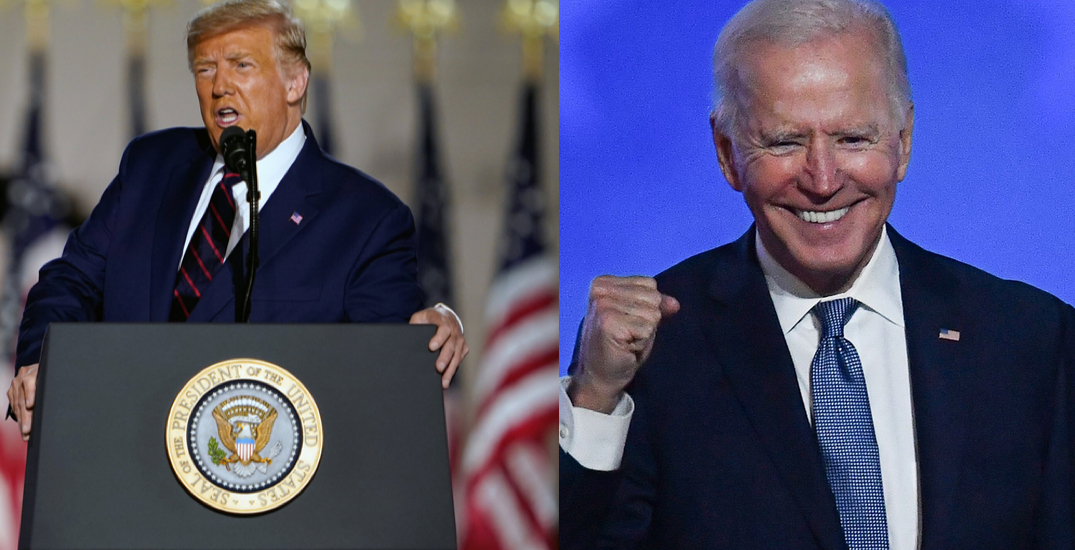 The US election results remain unknown as of Wednesday morning. At this time, the results of the battle for the American presidency are still too close to call, as the influx of mail-in ballots are still being counted in many key states.

By the end of election night, the margins had become tight, with the candidates trading wins in battleground states across the US, but they are about to get even tighter, as mail-in votes begin to be added to totals.

“How come every time they count Mail-In ballot dumps they are so devastating in their percentage and power of destruction?” said President Donald Trump in a tweet on Wednesday, grasping just how much of an influential role mail-in ballots could play in the results of the election.

“They are finding Biden votes all over the place,” Trump said, citing votes in three key battlegrounds, Pennsylvania, Wisconsin, and Michigan.

“So bad for our country!”

They are finding Biden votes all over the place — in Pennsylvania, Wisconsin, and Michigan. So bad for our Country!

Neither candidate has secured the 270 electoral college votes required to claim the victory, but the president took it upon himself to declare success for the Republican party on Twitter.

Early this morning Trump tweeted, “We are up BIG, but they are trying to STEAL the Election. We will never let them do it. Votes cannot be cast after the Polls are closed!”

When Trump spoke at the White House just before 2:30 am ET, he called the lack of clear results a “major fraud on our nation.”

Meanwhile, his opponent, Joe Biden, said, “We feel good about where we are. We believe we are on track to win this election,” and, “Keep the faith, guys. We’re gonna win this.”

The morning after election day presents these results (some expected – and others not): Trump has won the largest and most coveted swing state of Florida, picking up 29 electoral college votes. Trump has also won Ohio, a key state that has predicted the winner of the presidency since 1960.

Biden has gained ground in the southwest, flipping the swing state of Arizona, which has traditionally voted Republican in recent elections.

Key states that are still up for grabs for the presidential candidates include Wisconsin, Michigan, Pennsylvania, North Carolina, and Georgia.

Trump is currently leading in Pennsylvania, North Carolina, and Georgia, but it is still too close to call. Similarly, Biden is up in Michigan and Wisconsin, but no judgement can be made on the winner of those states just yet.

Biden briefly appeared in front of a crowd of supporters in Wilmington, Delaware, on election night and urged patience, saying that the election “ain’t over until every vote is counted, every ballot is counted.”

He continued, saying, “We feel good about where we are, we really do. We knew because of the unprecedented early vote and mail-in vote it was going to take a while.”

The Democrats are projected to keep control of the US House, but with at least six incumbents losing their seats, the party is falling far short of pre-election expectations.

Ballots have never been fully counted on election day; however, ballot counting is expected to take longer for the 2020 election. A higher volume of votes were cast via mail-in ballots this year, as voters opted to vote by mail instead of in person at the polls, due to the coronavirus.