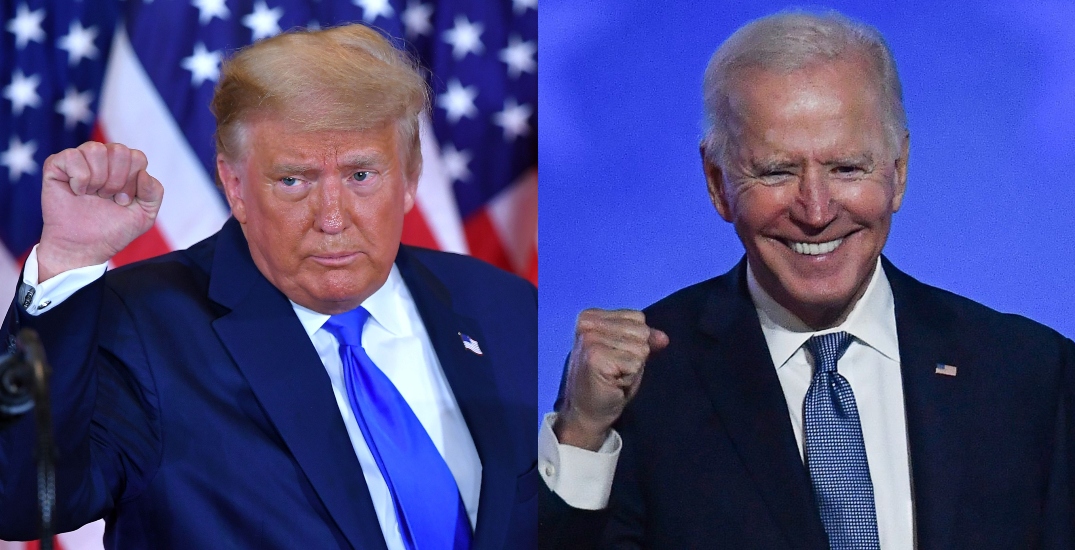 The US presidential election has shattered all previous betting records in British Columbia, even as a winner has yet to be declared.

A BCLC spokesperson tells Daily Hive that over 16,000 bets have been placed on the election on PlayNow.com, the province’s legal sports gambling website, surpassing $4.5 million. Over 2,000 bets alone were made from 4 pm PT until the polls started closing, the spokesperson adds.

More people put their money behind president Donald Trump ($2.25 million), who entered election day as a betting underdog, but became the favourite later in the evening. Over $1 million was wagered on Biden, according to BCLC, with money also placed on other non-candidate specific bets.

This is despite a recent Ipsos poll, in which 73% of British Columbians responded that they viewed Biden winning as a “good thing” for Canada.

Trump, meanwhile, is now a long shot to win at 6.00, meaning a winning $100 bet would pay out six times that amount.

BCLC will be waiting until the results of the 2020 US Election are official before settling all bets. 🇺🇸

The election is still to be decided, as votes are still being counted in undeclared battleground states like Nevada, Arizona, Pennsylvania, North Carolina, and Georgia. Biden needs to win at least two of those states to claim the presidency, and currently leads in Nevada and Arizona.

The 2020 US election is now easily the most popular betting event in PlayNow.com history — leaving events like the Super Bowl in its dust. The previous record was the 2016 US election, which attracted approximately 7,200 bets, totalling $737,000.