We all love to complain about how slow our internet connection is, how we get too little data transfer and that we pay too much. Well, Burnaby-based Urbanfibre is changing all of that – for some of you.

While big providers have been trying their hardest to get more of your money with Shaw increasing fees for their internet service outright and Telus charging for data transfer, Urbanfibre has been quietly rolling out their gigabit internet service as of March of this year.

This isn’t the first time someone has tried to offer gigabit speeds in Vancouver. All it takes is a quick Google search to see that previous announcements of gigabit internet don’t appear to have materialized into actual gigabit service and this is where Urbanfibre is different. 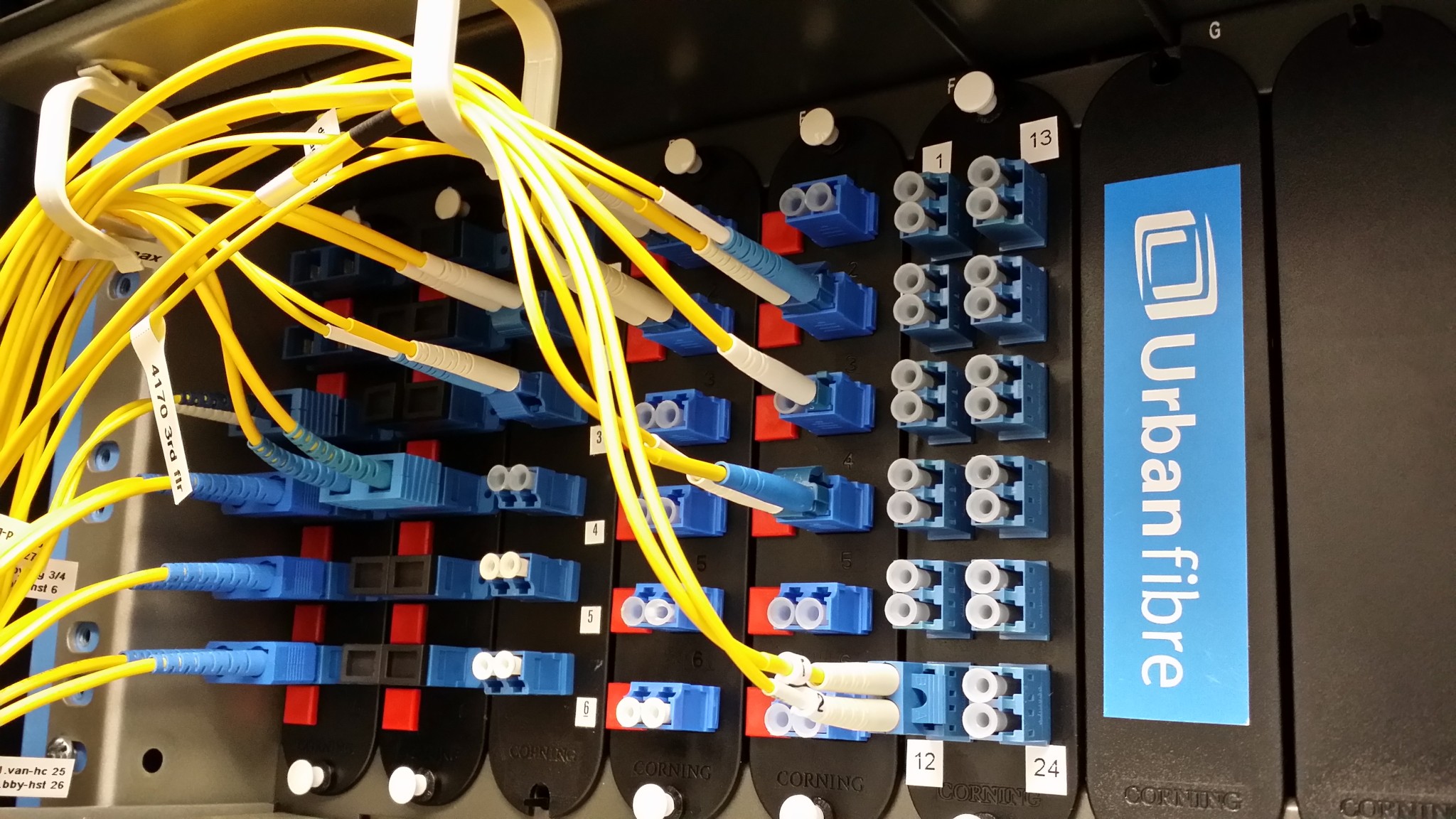 According to Jon Paul Janze, Vice President of Product at Urbanfibre, symmetrical upload and download speed is important because of the increase in use of next generation online services.

As recently reported by the CBC, “Canada’s upload connections are among the worst in the developed world” – and B.C.’s upload speed is even outranked by developing nations like Iraq. A marketplace with no effective competition and antiquated thinking from major cable and telecom providers has given us upload speeds that are only a fraction of download speeds, even on the most expensive plans: 120 Mbps download and a pokey 6 Mbps upload for Shaw and 100 Mbps download and 20 Mbps upload for Telus.

Unlike other independent ISPs (like Teksavvy, Litespeed and Uniserve) that simply resell the same internet service packages from the big service providers, Urbanfibre operates their own 200 kilometre fibre optic network stretching across Metro Vancouver and are, therefore, able to do things differently.

And it isn’t just the speed, Urbanfibre is also including one terabyte of data transfer per month – this is the amount of actual content downloaded. Given the dramatic increase in use of streaming services that consume a lot of data like Netflix (40% of Canadians subscribe to Netflix), one terabyte, which is equal to 1,000 gigabytes, is enough to watch more than 200 HD movies on Netflix and still have lots to spare for anything else you do online.

If all this seems too good to be true, there is a catch – you can’t get Urbanfibre everywhere.

Being an independent with their own network means Urbanfibre can offer affordable ultra high-speed internet that others can’t, but it also means that they are only able to offer it in areas that are connected to their fibre backbone.

That doesn’t mean you are out of luck; in fact, according to the company, residential service is currently available to more than 2,400 households and they are ramping up deployments as fast as they can with the expectation that number will triple before year end.

“We have aggressive plans over the next 24 months and expect to see our Gigabit Internet service available in more than 15,000 households across the Lower Mainland,” said Urbanfibre CEO, John Farlinger.

Residential service is currently available in select high-rise apartment buildings and townhomes in Vancouver, Burnaby and Coquitlam, and they are working on plans to roll out Gigabit service to other areas and to single-family homes and low density buildings.

We would be remiss to not point out that Urbanfibre also offers a Gigabit Business Internet service for $269 per month, along with hosted PBX services and is soon to launch a next generation IPTV Television service.