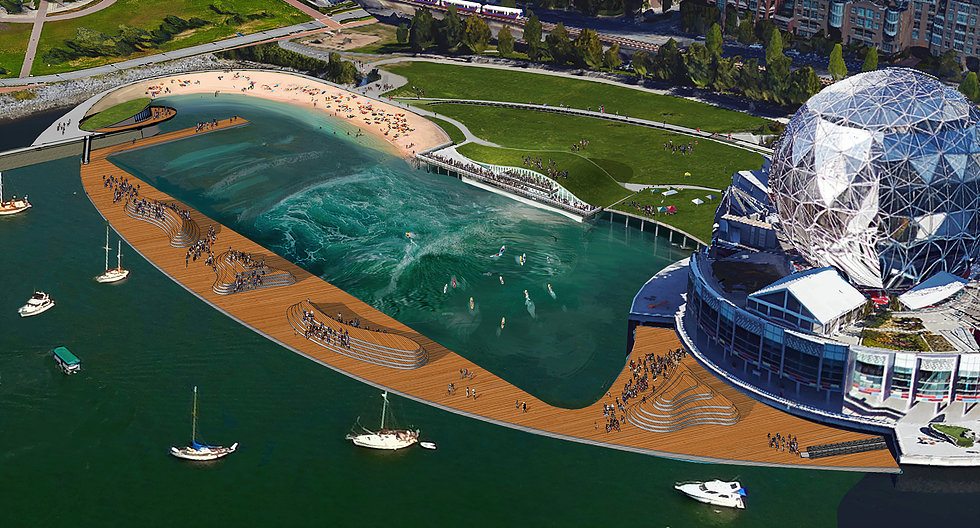 Forget going to Tofino as Vancouver could soon become a surf town in its own special way if a proposal to turn the very eastern end of False Creek into an urban surf park is fully realized.

Burnaby-based REVIVER Sport+Entertainment is spearheading a plan to construct a new beach wave pool area in the waterway just east of Creekside Park and north of Science World in downtown Vancouver. Kids will be able to play at a new sandy beach area, as part of the Creekside Park extension to the north into Concord Pacific’s lands, and watch surfers ride six-foot-high waves.

There would also be changes to Creekside Park to accommodate a new green roof structure housing a restaurant and entertainment facilities.

“Vancouver is an ocean city with an active outdoor water-oriented lifestyle, but due to geography it lacks open ocean surf. CitySurf changes all that,” said architect and REVIVER CEO Philip Davis in a statement.

“The technology has advanced to the point now where man-made waves are becoming, literally, the wave of the future. We are able to control the wave height and regularity to create an enjoyable surfing experience from novices and kid’s camps all the way up to elite level surfers.” 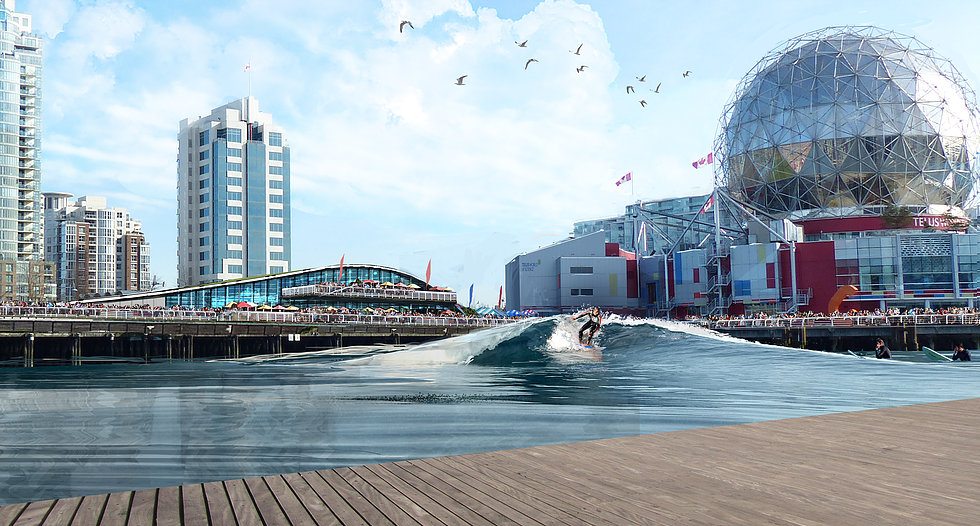 One of the most significant hurdles facing this project deals with East False Creek’s poor water quality, largely due to a storm sewer outfall that releases raw sewage every time there is heavy rainfall in the city. Pollution from the waterway’s marinas and recreational boaters are also another major factor.

But the proponents with Vancouver’s urban surf park believe they have found a solution that would create safe surfing and swimming waters within the the wave pool area while also improving the overall water quality of East False Creek.

A floating perimeter structure with a boardwalk-like walkway will have a porous membrane to filter the water and geo-thermally warm it. The water would then be recirculated in a continuous cycle through the wave-making mechanical system: Clean waters would be released into False Creek, eliminating the current problem of stagnant waters.

“We’re proposing to create a world-class city amenity, in an underutilized waterway, while tackling a recognized environmental issue in a city that promotes itself as one of the greenest on the planet,” said Davis. 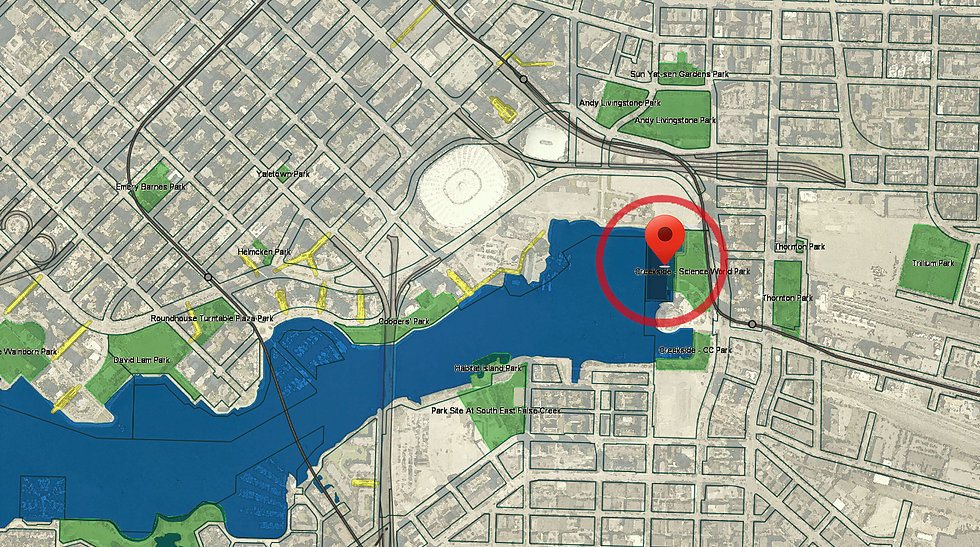 Aside from the opportunity to create a new swimming area, East False Creek was chosen as the preferred site for such a facility as it is centrally located, along the seawall, and within very close proximity to public transit with SkyTrain’s Main Street-Science World Station and a number of bus routes located within the immediate vicinity.

At this very early stage of the project, proponents are looking to generate public interest and engage stakeholders such as the City of Vancouver, Vancouver Park Board, and property owners in the immediate neighbourhood. It has already received support from the Canadian Olympic Committee, WaveParks Canada, Canadian Surfing Association, and Surfing Canada.

The scope of such a project would likely necessitate a combination of public funding and private investors.

The Vancouver Park Board is currently in the process of examining options to expand swimming facilities across the City, including pop-up swimming pools and even creative ideas such as a swimming deck in Coal Harbour.

If built, this facility would be the first of its kind in Canada and the second in North America, after a new inland facility that will open in Austin, Texas this year. A self-sustaining rainwater lagoon wave pool has been built to produce waves every 60 seconds and a surfing length experience of 35 seconds per wave.

The world’s largest artificial surf park is located in Dolgarrog, Wales, and other facilities are also proposed in Australia and Europe.