After building a BC Liquor Store inside Urban Fare Market on Alberni Street, the company says the City of Vancouver will not allow them to go ahead with wine sales.

The market posted this sign in response to the city’s rejection, saying they have been waiting since liquor laws in B.C. changed to allow sales in grocery stores: 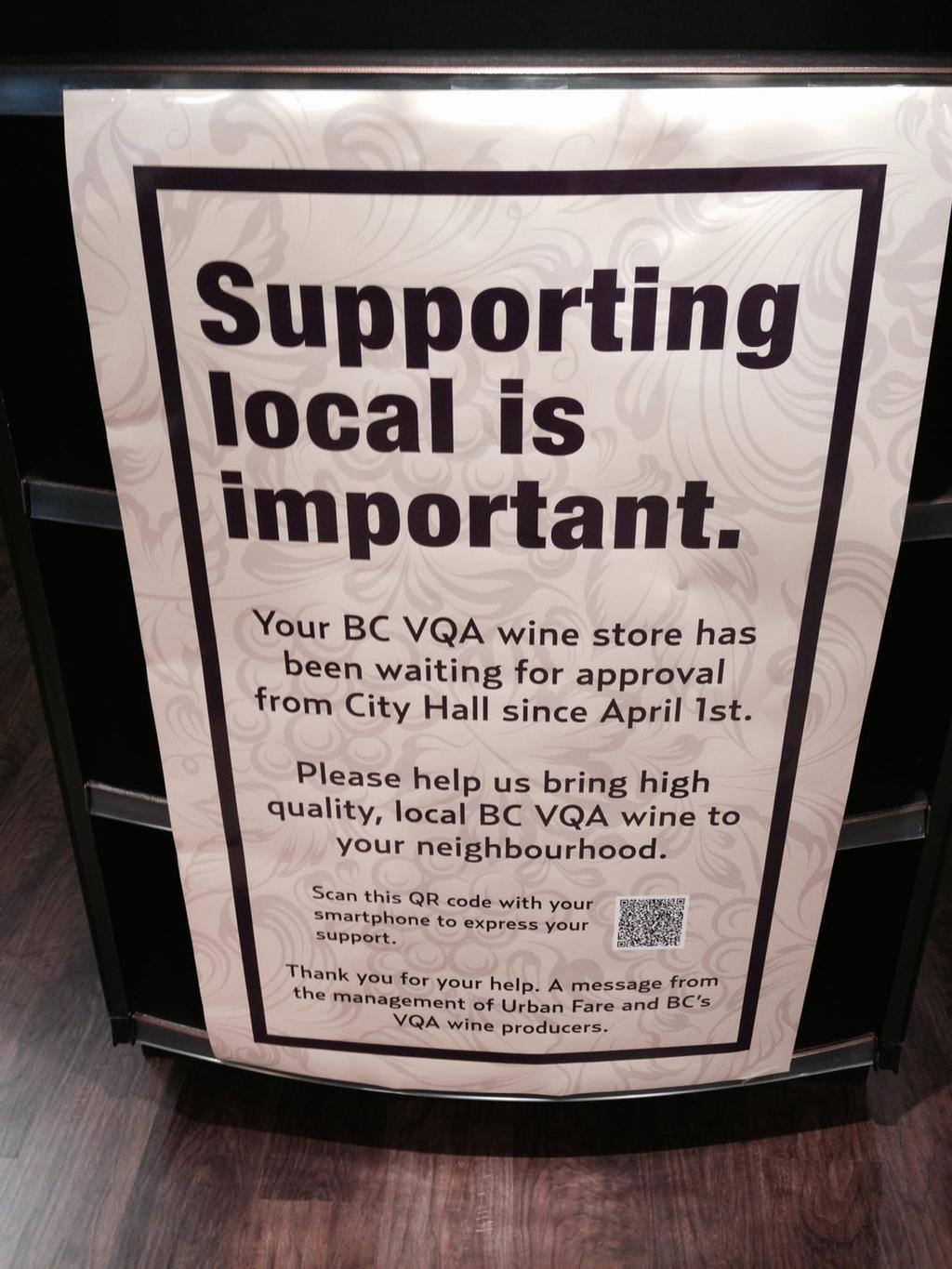 The only liquor store allowed to sell wine in B.C. so far is a Save-On-Foods in Surrey.

City Manager Penny Ballem said at a recent council meeting that the province’s new laws conflict with rules imposed by the City of Vancouver on how close together liquor stores can be.

“The province didn’t do any work with any of the municipalities around the impact of what they allowed to go forward but it’s in conflict of some of our own policies and guidelines,” she said.

“Unfortunately they just don’t meet the guidelines, and if we were to just push it through that would just create a whole lot of chaos in our whole approach to these issues.”

The city is currently reviewing their liquor store laws now that the province has imposed new rules.