The Vancouver-filmed ABC television series Once Upon A Time has taken advantage of Disney’s mega-popular Frozen and will be using the characters in an arc this season.

Georgina Haig of Fringe has been cast as elder sister Elsa, played by Idina Menzel in the film. Newcomer Elizabeth Lail is her younger sister Anna and Scott Michael Foster of Greek (pictured below with his new hair colour) will be Kristoff. Lost Alumni Elizabeth Mitchell has also been cast as an unknown “villain role” not from the film.

Lost writers and Once creators Adam Horowitz and Edward Kitsis have been coy as to the storyline the Frozen cast will be taking but have hinted it may be taking place after the events of the animated film.

Cast members Haig and Foster were tweeting over the weekend confirming they had already filmed in costume, with reindeer (Sven included).

Once Upon A Time airs Sundays this fall. 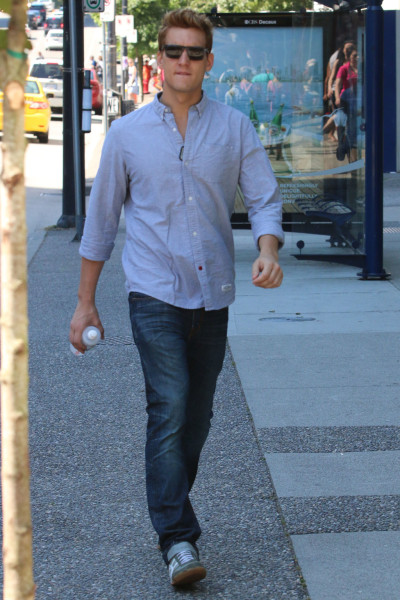