Fado. It’s a powerful genre of music that you won’t hear very often on the West Coast. I’m glad that the Vancouver community is slowly uncovering this remarkable cultural gem.

Fado, Portugal’s national anthem of loss and longing, doesn’t have the easy familiarity of other international musical exports. You can catch Spanish flamenco over at Kino Cafe on Cambie, and European gypsy jazz is all the rage with both young and old, but Fado is still remarkably unknown. And undeservedly so: in 2011, Fado was inscribed in the UNESCO Intangible Cultural Heritage Lists. There’s something about the musical style that is powerful and intangible all at once.

Recently, Playwrights Theatre Company (PTC) put together an evening called Unscripted: Lost and Found in Fado. Consisting of little tastes of Portuguese culture, theatre and cuisine, Unscripted proved to be a good way to present a different side of the country. While not technically perfect, the night showed promise as a rare behind-the-scenes glimpse into how theatre is made, how musical acts are programmed and how much fun one can have in Portugal.

Excellent Portuguese finger foods by Chefe Daniel were laid out buffet-style and devoured quickly, highlighting the country’s famous seafaring nature. The infamous pastéis de nata were also on display, a heady concoction of pastry, cream and egg – think of it as the flakier cousin of Chinese egg tarts. The taste brought me back to the days that I spent in Lisbon, waiting in line for the treat to come straight out of the ovens of Pastéis de Belém. 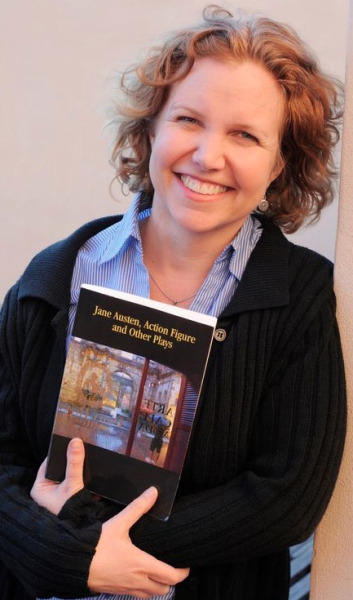 The company is all about nurturing new and up-and-coming playwrights, so the first performance kicked off with a staged reading from Elaine Ávila’s new play Kitimat, which just premiered in L.A. last month. Avila is of Azorean descent and also an associate at PTC – the night was a collaboration between her and some of the other associates. The space also featured exhibits of research into her history and culture, including this wonderful picture of her mother and friends in drag, playing guitars and smoking. 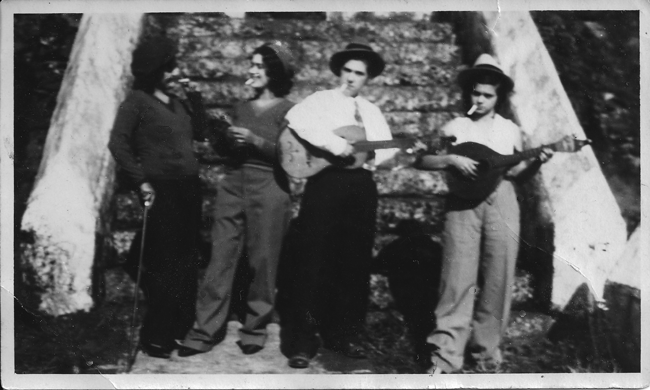 The second half of the ‘performance’ aspect by music programmer Fiona Black, broke the easy flow of the evening. Black’s meandering talk was more reminiscent of a home travel slideshow, forced on gracious family and friends. The presentation was far too long and filled with amateur glitches – relying on WiFi to stream the many, many videos, for example. I must admit that YouTube provided unintentional comedic relief, with popups asking us the clear our criminal records, or Pitch Perfect 2 trailers that broke the tedium with audience titters. 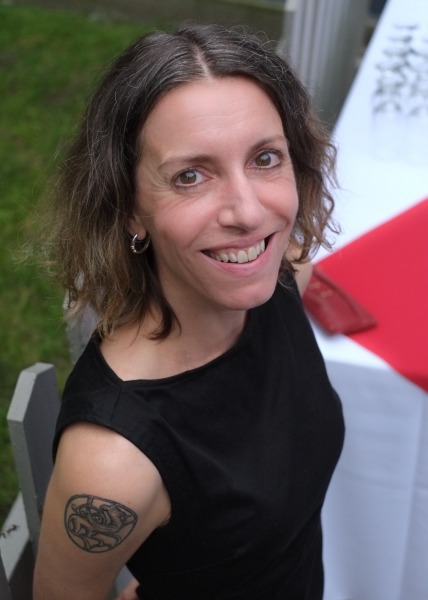 The overall problem was that there was little of note beyond general praise of the music, or a description of the region that you could pick up from any guidebook. If you believe Black’s presentation, then a music programmer sounds like a pretty luscious job indeed, filled with sandy days at the beach, music festival extravaganzas, and thinly-veiled remarks about funtastic Portuguese flings. I’m not saying this prudishly – but it was hardly the point of the evening, nor essential knowledge to appreciate the wonders of fado.

All in all, Unscripted seems to be starting on shaky ground, and I’d give them a few more events to iron out the kinks and programming. Once they’ve got the event management portion down, then the company may have a powerful tool to bridge the gap between artists and audiences.

The next Unscripted event is (H)our on June 7, featuring the work of Dave Deveau. More information here.