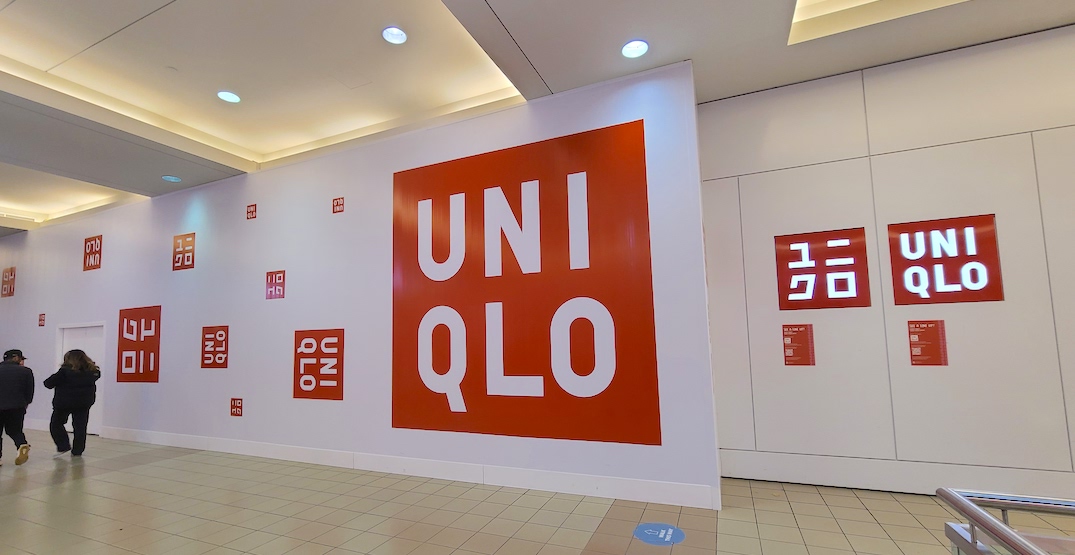 Construction hoarding for the expansion of Uniqlo at Metropolis at Metrotown, December 2021. (Kenneth Chan/Daily Hive)

Metro Vancouver’s largest Uniqlo store will see an even larger footprint to better accommodate its crowds.

Uniqlo at Metropolis at Metrotown shopping mall is in the process of taking over the retail unit previously occupied by the Microsoft store.

The expanded footprint is scheduled to open sometime in Spring 2022.

This store in Metrotown opened in October 2017 and was the Japanese fast-fashion giant’s first location in Metro Vancouver, marking its expansion into the local retail market. 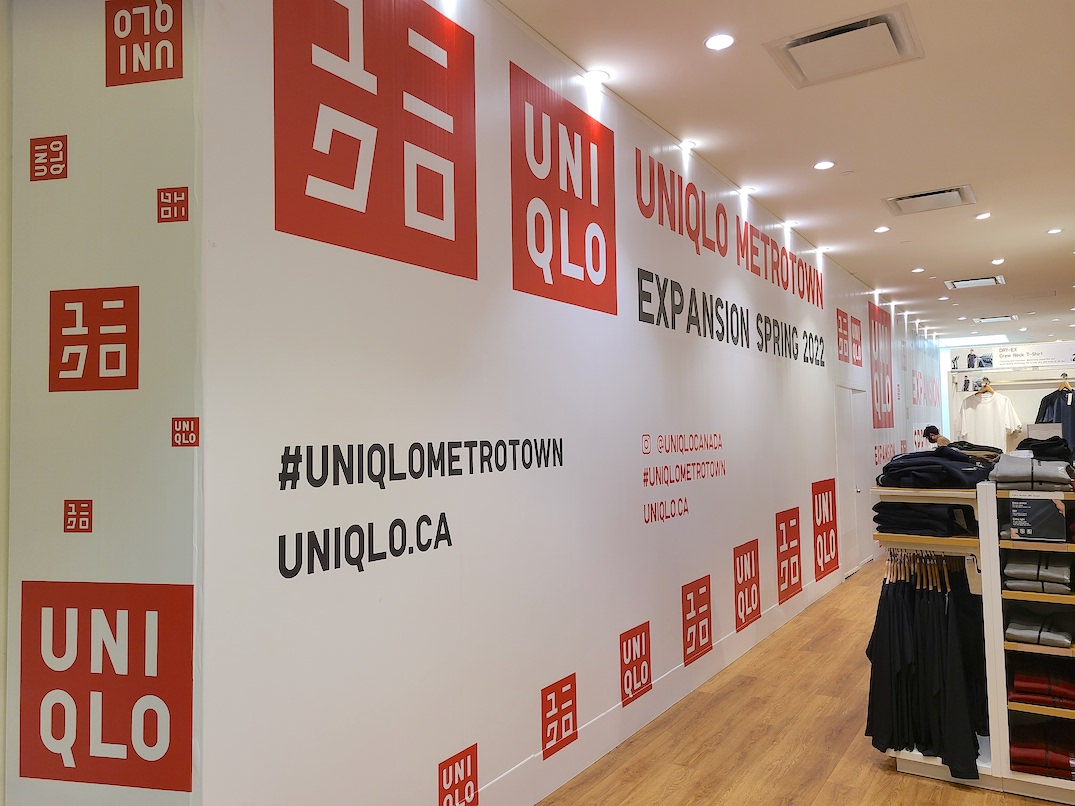 Construction hoarding for the expansion of Uniqlo at Metropolis at Metrotown, December 2021. (Kenneth Chan/Daily Hive)

Uniqlo has since opened smaller stores at CF Richmond Centre, Guildford Town Centre, and Coquitlam Centre. It has yet to open a location in downtown Vancouver; international brands have been challenged by a lack of attractive, suitably sized, and centrally-located retail spaces in Vancouver’s city centre.

Microsoft made a decision last year to close all of its brick-and-mortar store locations around the world.

The former Microsoft store at CF Pacific Centre has been subdivided into multiple units, including one unit that is set to become a Shaw service store.