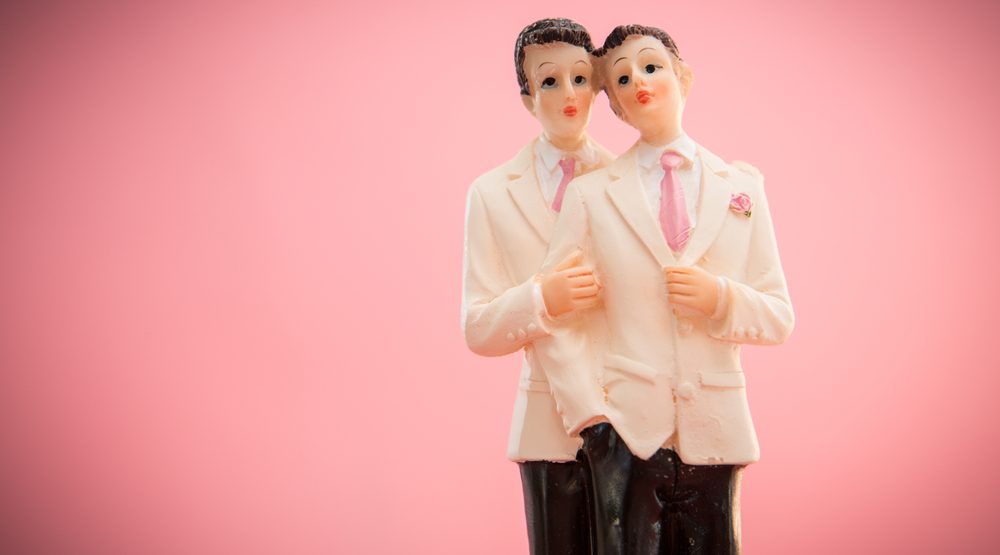 Planning a wedding is stressful enough, but if you’re part of the LGBT community, it can be hard to know if a vendor is on your side or not. The Union LGBT+ Wedding Show aims to make life a little easier for community members to plan their big day by putting all gay, bi, and trans-friendly vendors under one roof.

The producers of the show, Cristie Rosling and Belle Ancell, tell Daily Hive Vancouver that they saw a gap that desperately needed to be filled.

“There are a lot of different wedding shows, but none that cater to the LGBT community, which Belle and I both belong to,” says Rosling, “So we thought it would be a good idea to do something like that.”

Rosling owns a wedding planning company, while Ancell is a wedding photographer. As professionals in the industry, both had the connections necessary to seek out a number of LGBT-friendly vendors, something that could be challenging for the average person.

One of the pre-requisites is that the vendors must openly showcase LGBT couples.

“Sometimes you go to someone’s website that works in the industry and they don’t have any LGBT people on their website. So we’re working with people that not only work with LGBT people, but also showcase them on their websites,” Rosling says.

Even in a city as diverse and open-minded as Vancouver is known to be, both Ancell and Rosling say not every wedding vendor follows that mantra, making the space that the Union LGBT+ Wedding Show aims to create even more crucial.

“I had a couple that were at a wedding show and the vendor that they were dealing with wouldn’t recognize that they were a same-sex couple,” says Ancell. “They had to say over and over again ‘this is my fiancee,’ but they didn’t get it.”

Some of the vendors include The Cake and the Giraffe, Oren and Jones Photography, The Queertet, Lois Keane Flowers, and a host of other local companies specializing in LGBT wedding celebrations.

For the record, allies to the community are welcome to attend the show as well.