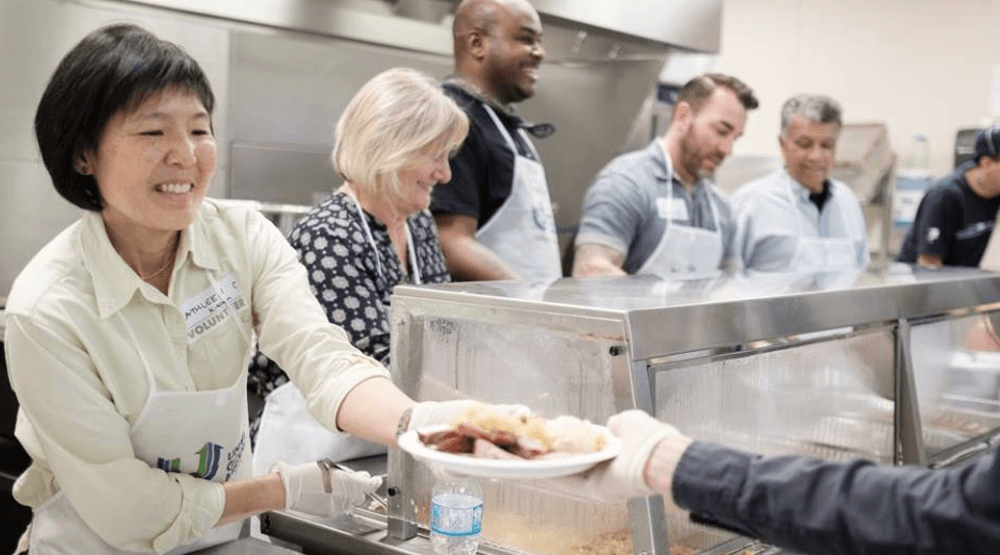 The Union Gospel Mission will be serving up 3,000 meals this Easter (UGM/Facebook)

This Easter weekend, the Union Gospel Mission will be serving 3,000 meals to those in need.

Of course, serving up a mega-meal like this requires a massive amount of help, and at the UGM it’s the volunteers who ensure everyone who attends gets to enjoy the festive feast.

One of those volunteers this year is 27-year-old Chloe Milne.

After a terrifying fentanyl scare and years of homelessness in both Vancouver and Victoria, Milne is planning to spend this Easter helping others at the annual UGM meal.

“I could have died. It was really eye-opening,” she said of her fentanyl overdose in early 2017. “I finally realized how bad my addiction had become. It was so scary.”

Milne attended middle school in Victoria, where she began struggling with anxiety and depression at about 13-years-old.

She began experimenting with alcohol as an attempt to self-medicate. By her early 20s, Milne was regularly using cocaine and various opioids. Her addiction soon spun out of control and Chloe found herself homeless.

It’s a feeling, she continued, that “I never want to experience again.”

After several attempts at detox and recovery, Milne suffered a fentanyl overdose in the Downtown Eastside.

Desperate and scared, she was soon referred to Union Gospel Mission’s Sanctuary stabilization program for women, where she sought refuge not once, but twice.

“Being here removed me from the chaos and negativity,” she explained. “I could slow down and look around. The love I felt at the Sanctuary saved my life. One of the most important things in my recovery is stability and stable housing. I work very hard to maintain that.”

Now sober for over a year, Milne regularly volunteers at UGM in hopes of making a positive impact on others.

“I just want to give back a fraction of what I was given,” she said. “My life was saved by UGM’s Sanctuary – twice.”

“As we continue to see more women and families seeking help at UGM, we believe our Easter dinner will be a turning point for others like her.”

Meals will be served throughout the day on Saturday.