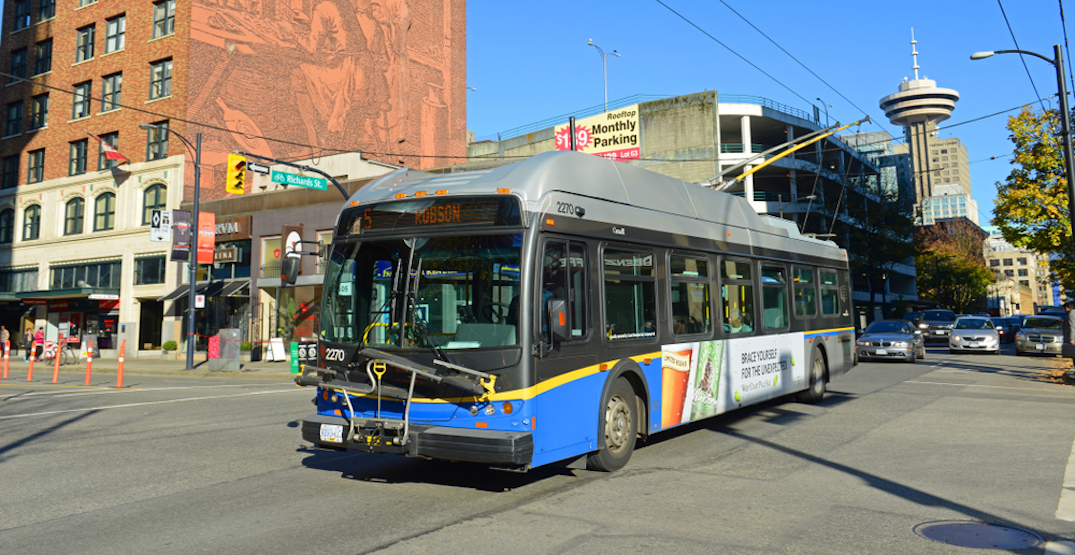 On Monday, TransLink announced it was laying off about 1,500 people in its headquarters and BC Rapid Transit Company, the subsidiary that operates SkyTrain’s Expo and Millennium lines. This includes 1,200 staff with CMBC, represented by Unifor, including 1,000 bus drivers and 200 maintenance staff. The layoffs are effective May 18.

But Unifor is accusing CMBC of breaching the Labour Relations Code by not providing 60-days notice. Under the BC Labour Code, the union will be seeking to have the layoffs rescinded or minimum pay for workers during the 60 days.

The union says the public transit authority should not “cut corners with layoffs of this magnitude,” but at the same time it is calling on the federal government to provide emergency operating funding for transit services.

“Transit service rollbacks must be stopped,” said Jerry Dias, Unifor’s national president. “The federal government needs to act fast. It is a mistake to weaken the public transit system while tens of thousands of essential workers rely on it every day.”

With no guarantee of government assistance until September, TransLink has stated it needs to take unprecedented measures to ensure it can prolong its cash reserves to keep essential transit services running during the pandemic.

Ridership is down by 83%, which is reflected in the drop in fare revenue. Fuel and parking taxes are also depressed.

With the latest service reductions and the physical distancing measures, especially on buses, the transit system is operating at just 18% of its normal capacity. TransLink has warned additional cuts to service may be necessary. 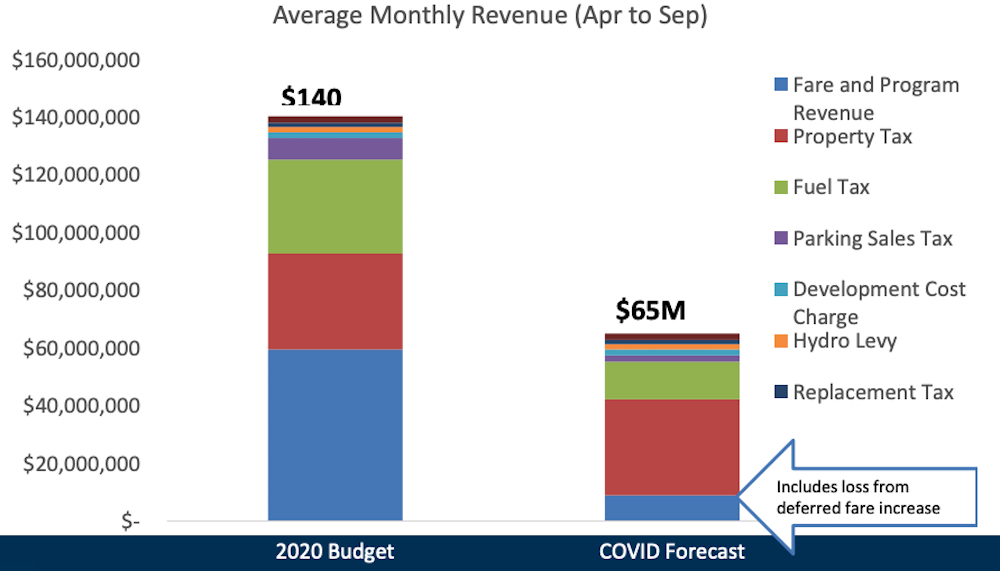 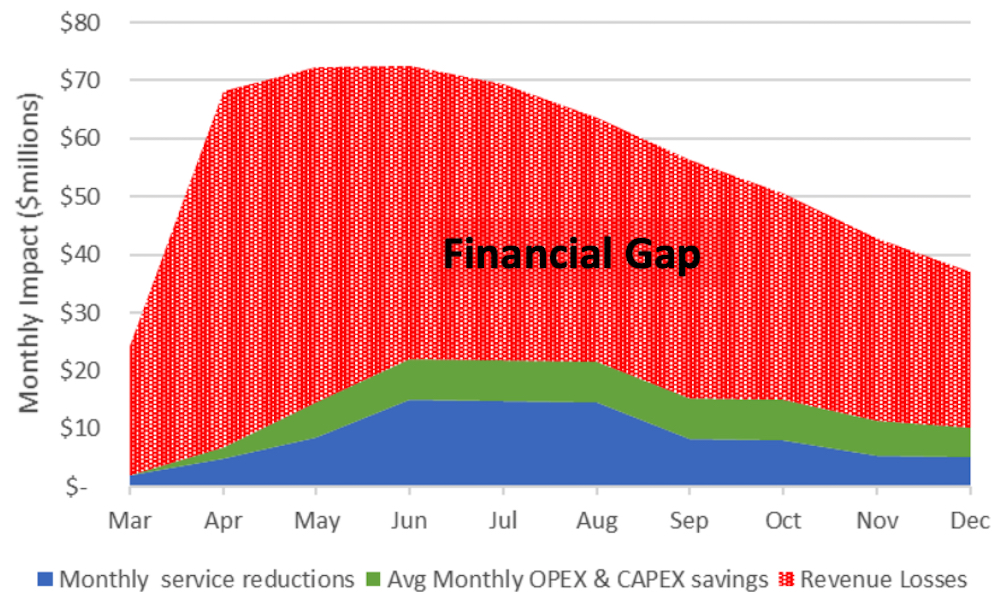