“The ultimate goal I wish to accomplish is to hint at the illusionary nature of our world, while at the same time subtly implying that the universal spirit surrounds us,” notes Kaur. Juss Kaur’s exhibit critically explores spirituality and reframes the identities and experiences of South Asians who celebrate Vaisaikhi. Each of her awe-inspiring paintings contain up to 20,000 Wahegurus*, depending on their respective size. Her work is experimental and engages viewers in a critical discussion that offers new perspectives on the contemporary world.

The Kenyan-born artist holds a Doctor of Philosophy from Oxford University and has been residing in Montreal, Quebec for over thirty years. The artist never explicitly explains the meaning of her distinctive paintings, as she prefers to leave audiences in a sense of wonder arriving at their own conclusions.

Juss Kaur’s artwork invites viewers to interpret the particle nature of our Universe portrayed through vibrant colours with a style that has its origins in Pointillism. This technique uses a dot pattern to create the composition of an image. 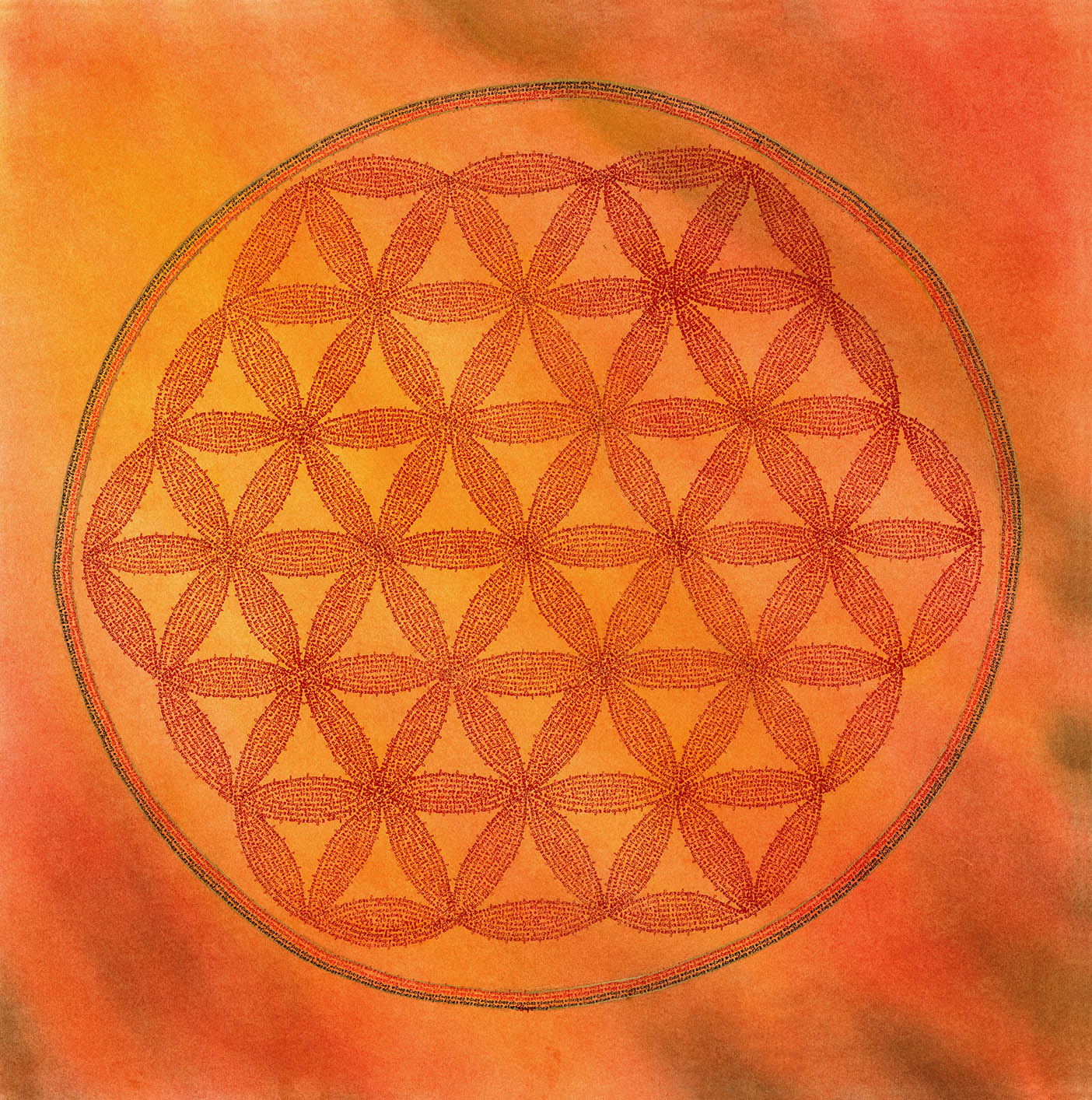 The exhibit is timely – with Vaisaikhi occurring only a few days before the opening and celebrations occurring in Vancouver and Surrey.

All Profits from “Unfolding Consciousness” will go to the charity ‘Doctors without Borders’ doctorswithoutborders.org.

*The word “Waheguru” is pronounced “Wah-hay- guroo”. Wah means infinite, hay means Thou, and guroo means Higher Self (the Divine Teacher within you) and is similar in essence to Allah-Hu or Om.