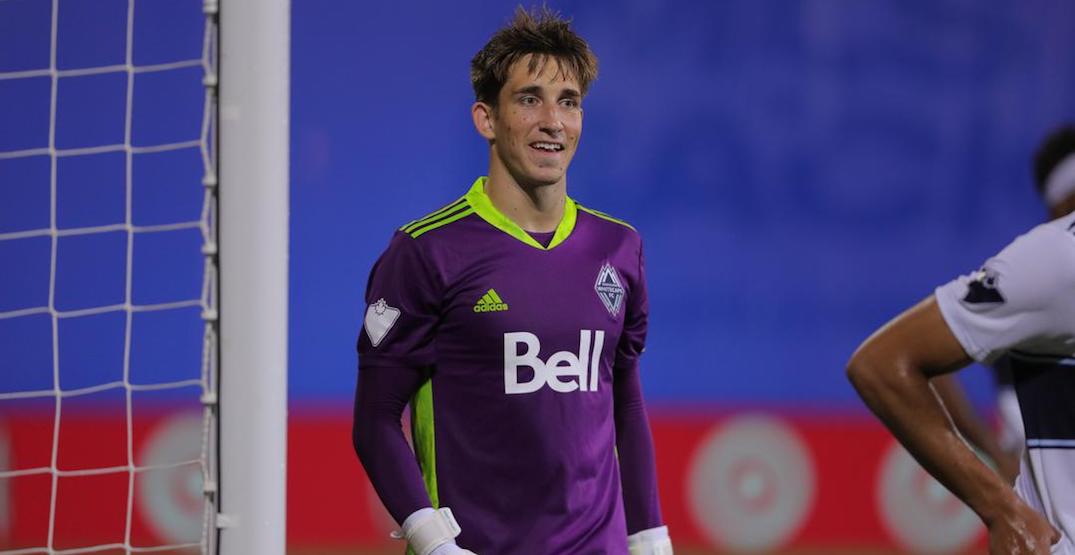 The Vancouver Whitecaps are coming home.

In the end, it counts as a loss, but that doesn’t tell the whole story of tonight’s Round of 16 match, which was decided by penalty kicks against Sporting Kansas City in Orlando.

Missing 11 men from their lineup, the Whitecaps were the biggest underdogs left in Orlando. Kansas City, meanwhile, are one of the favourites to win the MLS is Back tournament.

Once again, an unlikely hero stepped forward for the Whitecaps. Thomas Hasal, the 21-year-old third-string goalkeeper from Saskatchewan, still hasn’t given up a goal since making his MLS debut following an injury to Max Crepeau during the Seattle match.

That’s two clean sheets and 212 minutes of tournament play without surrendering a goal against. Not bad, kid.

Hasal was the story once again tonight, making eight saves for the Whitecaps to keep the match scoreless and force penalties. He was named Man of the Match, and even had to fight off an injury scare in the second half, which had to make the Whitecaps nervous as he was their last healthy goalkeeper.

Vancouver was outplayed through 90 minutes, but Hasal kept their hopes of an unlikely quarter-final berth alive. Unfortunately the young keeper didn’t get much PK help from his Vancouver teammates, who scored on just one of four attempts. Sporting, meanwhile, scored on three of their four kicks.

So after a scare, it will be Kansas City that moves on to play Philadelphia Union in the quarter-final, while the Whitecaps will return home.

Hasal made his best save in the 18th minute, diving across to deny Sporting’s Gadi Kinda.

Vancouver had another close call shortly before the end of the first half, with Hasal making the initial save off a free kick, before defender Derek Cornelius blocked the follow up chance.

6 saves on the night for Thomas Hasal! 🙌

The homegrown is making a name for himself! #SKCvVAN pic.twitter.com/sAUkIQqJd1

“We’re fighting. We’re fighting with everything we have,” Whitecaps FC head coach Marc Dos Santos told TSN at halftime. “We just have to do a better job when we have the ball… It’s going to be hard, and we’re going to have to play to our limits.”

Credit to the young Whitecaps, they gave it everything they had, and they nearly took the lead on a couple of occasions in the second half.

Theo Bair had Vancouver’s best chance in the 54th minute, on a shot that took a deflection off a Kansas City player and went wide. Ali Adnan also had a chance in the second minute of added time late in the match, drilling a free kick on net that Kansas City keeper Tim Melia was able to handle.

Hasal had to come up big a few more times in the second half, notably in the 66th minute when he got his fingertips on the ball, sending it off the post.

“We tried to put ourselves in a position that in the second half we could have finished our opportunities — there’s two very close ones, a shot from Theo that got deflected that was so close, and a very good free kick from Ali that was close,” Dos Santos told reporters after the match.

“Look, my guys are fantastic. The foundation of this group and the foundation of what we can be about, it’s great. I’m very excited to see how this group is going to look like when we’re going to be able to work with consistency with everyone. Very young team in the field today. Incredible professionalism, effort. We did everything we could.”

It remains to be seen when we’ll see the Whitecaps take to the pitch again. MLS has not released a schedule beyond the Orlando tournament, which wraps up in 16 days. The league is still hopeful that it can play matches this fall, and the Whitecaps would like to host games at BC Place. But given the state of affairs in the United States and a border with Canada that still remains closed, that may not be possible.