Canadian snowboarders at the Sochi 2014 Olympic Winter Games will be competing in style. Canada Snowboard has unveiled the official competition uniforms that will be worn by the nation’s snowboard team during next February’s Games.

The high-tech clothing gear was designed by Under Armour and pays tribute to the uniforms of the Canadian men’s hockey team during the legendary 1972 Summit Series against the Soviet Union in which Canada won.

The 2014 snowboard uniforms are red and white and features a large maple leaf for both the jacket and the pants.

According to Under Armour, the uniforms uses the company’s ColdGear Infrared Technology which is “inspired by the ceramic coating that absorbs infrared light and allows military planes to go undetected, a distinct pattern on the inside of the garment stores and recycles body heat. And because the power is in the pattern, this thermo-conductive inner layer keeps athletes warmer for longer without extra bulk.”

It also utilizes Storm Technology consisting of “a durable water repellent finish to repel rain and snow without sacrificing breathability. The garment is fully taped, sealing out all the elements to keep the athlete comfortable and dry.”

What are your thoughts on the Canadian Snowboard Team’s competition uniforms for Sochi 2014? Let us know by commenting below. 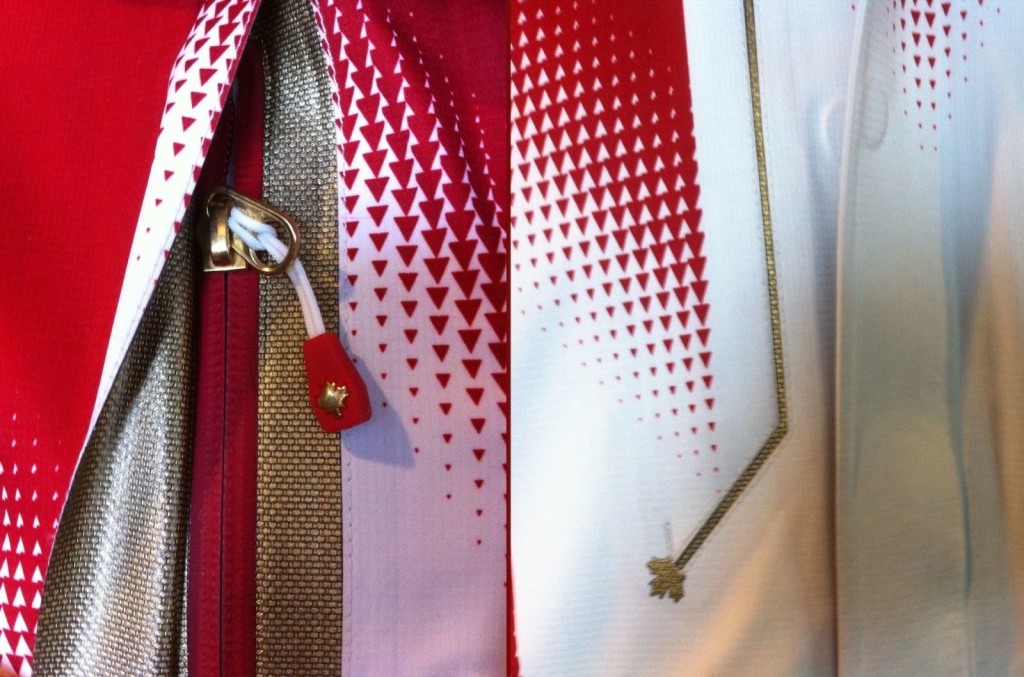 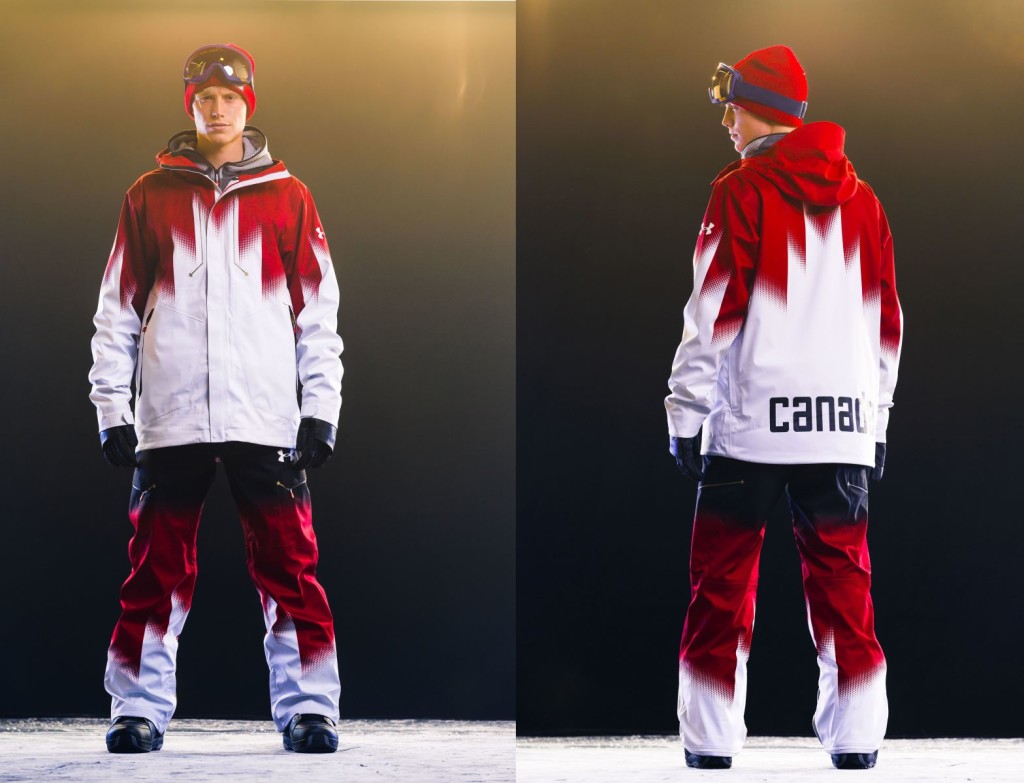