This unique, interactive event combines casual sporting competitions, traditional southern-style eats, a western saloon, alt-country and bluegrass bands, and plenty of good times, all in the heart of the city.

The Brockton Baseball Diamond will host the unpretentious social where everyone is encouraged to come sport their best country outfits, including tanks and Daisy Dukes, overalls and cowboy hats, bold buckles, boots and heels, and, of course, the sexiest cuts in plaid finery.

From 2 p.m. until dusk (7:30 p.m.), tucked away neatly in the greenery of Stanley Park, the quirky country world of Unbuckled will be decked out with hay bales, pickup trucks, burlap galore, picnic blankets, and a western style bar. 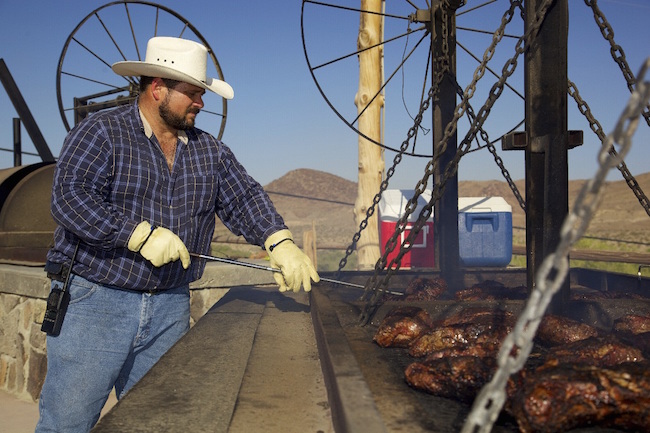 Food will be provided by a variety of local producers at The Ranchman’s Grill, such as Peckinpah and Taters. They will serve a variety of southern delicacies including:

All guests will also get the chance to wash down their grub with their favourite drink at Tippler’s Saloon, the local waterin’ hole that’ll be in charge of keeping everyone hydrated. 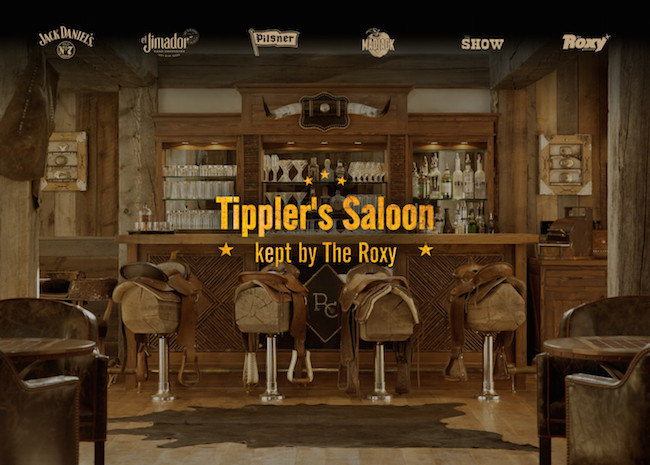 There’s nothing like a little friendly competition, and Unbuckled gives participants the chance to sign up teams of eight to 15 people to compete in up to three different Team Tournaments for the prized golden champion Unbuckled belt buckles. The three tournaments are:

There are also a variety of games that guests can compete in without being a part of a team, including the Mechanical Bull, Old West Shoot Out, Pioneer Pong, Water Balloon Toss, Line Dancing, and the Pil Country Critter Comp. 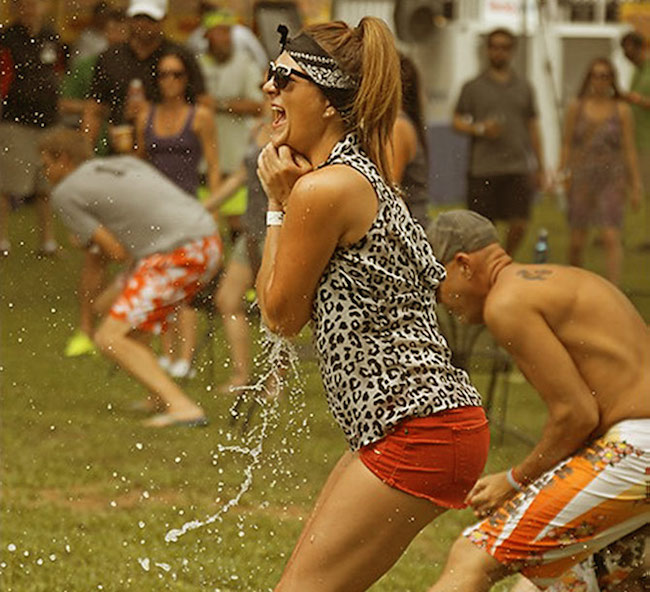 You’ll also get the chance to wrangle together a crew of gals n’ gents to be pioneers at Unbuckled with your very own “Yard:” A 15’x15’ plot of turf equipped with the bare essentials (a picnic table, curtain backdrop, a clothesline with 20 pegs and a photo package for the entire team), waiting to be decorated with anything from lawn chairs, garden gnomes and household plants, to rubber chickens, flags, foosball tables and inflatables. Please note that there certain items that will not be allowed on event grounds. For a full list of what you can and cannot bring to decorate your yard, click here.

Participation in any of the above activities is not mandatory, and attendees are more than welcome to come along, soak up the sun, enjoy some great food, and sip on their favourite drink anywhere on the fully licensed site. 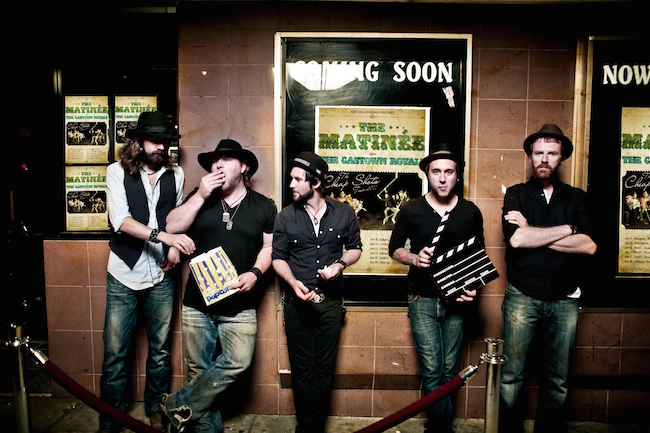 The soundtrack for this grand ol’ Saturday in the park will be provided by four different bands:

The Matinee are a local Vancouver-based alt-country/rock band with a reputation for electrifying performances. After finding success with their 2013 release We Swore We’d See The Sunrise and various tracks including “Young and Lazy” and “The Road,” these guys have been working on new material that’ll be sure to start a hoedown.

Robyn and Ryleigh are an emerging country/pop duo hailing from Langley, B.C., known for beautiful harmonies and melodies that’ll stick in your head long after their set ends. Their sound is a reflection of their combined musical influences and blends the energy of modern sounds with traditional country elements of acoustic instruments and meaningful lyrics. Recently signed to Royalty Records (Sony) with fresh new music on the way, these girls are definitely worth keeping an eye on.

The Tishomingo String Band is a local Vancouver bluegrass band that have been serenading audiences in and around Vancity for over 10 years. Combining upright bass, guitar, mandolin and banjo, these guys are equipped with all the right gear to perform original and traditional material that runs the gamut from tender ballads to barn-burning instrumentals.

Last but definitely not least on the Unbuckled roster is Locked and Loaded, the Roxy Cabaret’s newest house band. These guys are masters at staying up til 3 a.m. covering all your favourite country hits, including everything from Johnny Cash to Luke Bryan.

After a record breaking hot and dry summer, Vancouver has been recently hit with some well needed rain to refill the aquifers and reservoirs. That being said, the forecast for the weekend is back to sunny and hot so come prepared with your cowboy hats and sunscreen. 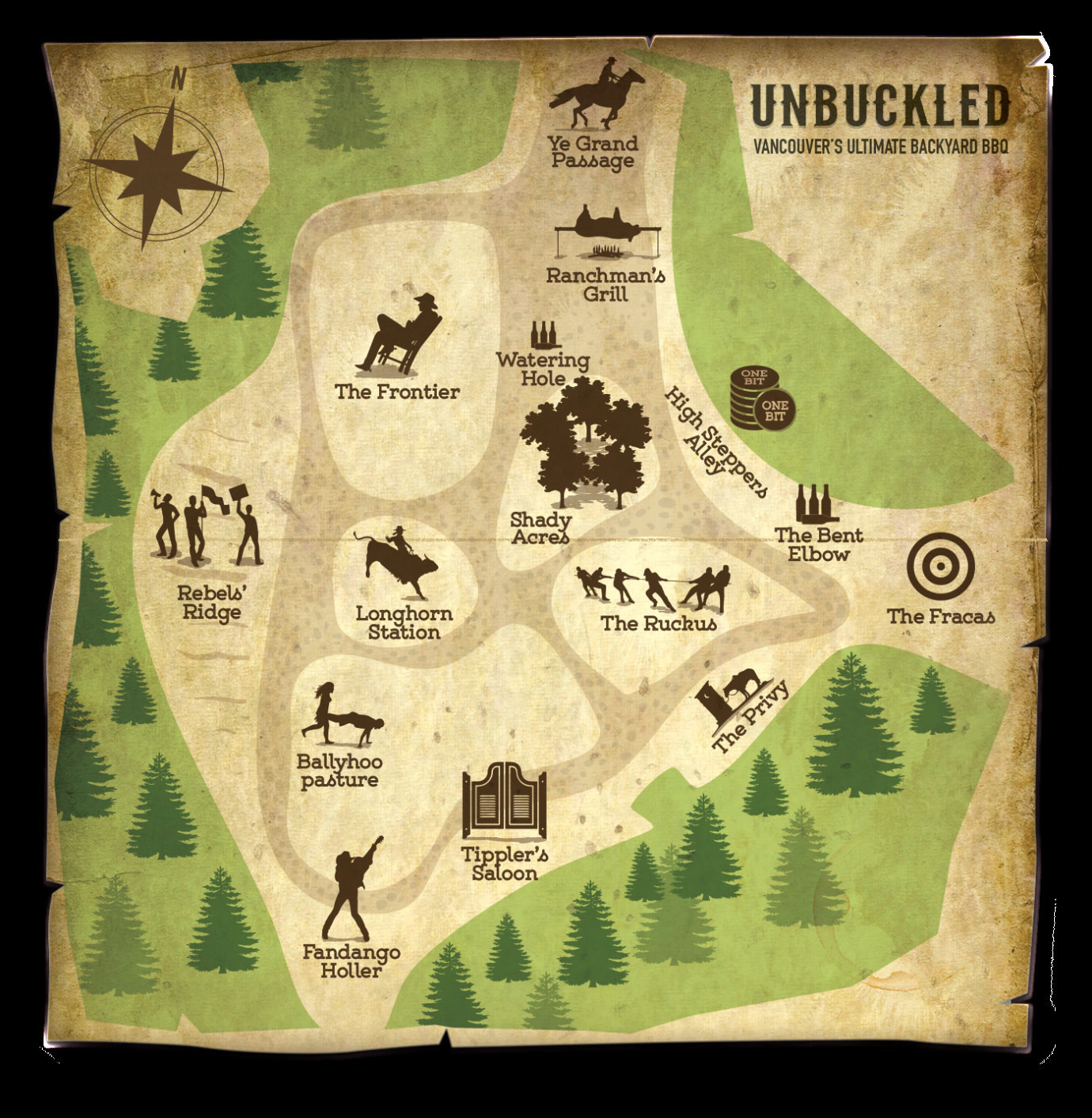 Vancity Buzz is a proud media sponsor of Unbuckled