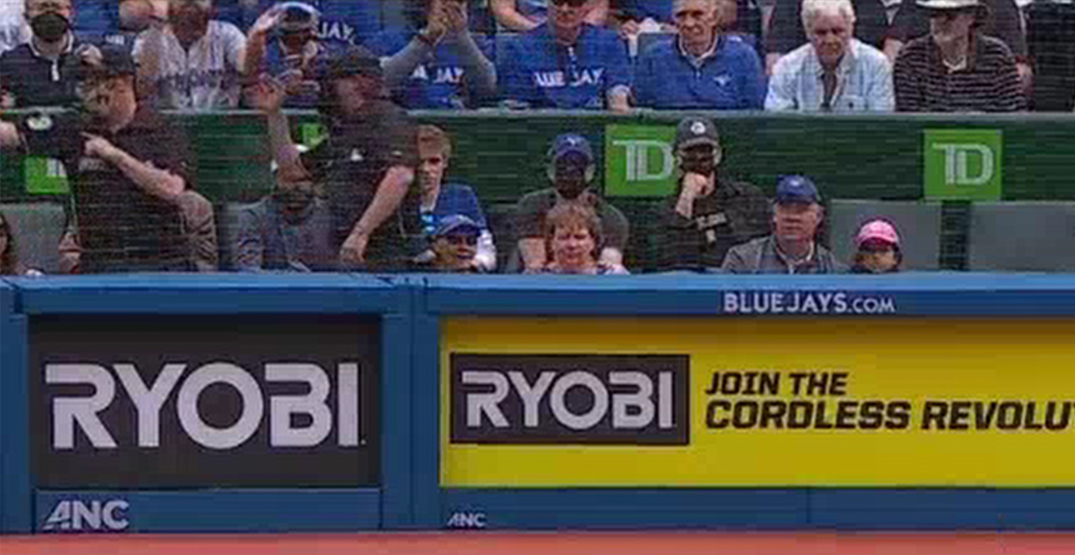 MLB umpires (and professional sports officials in general) have a thankless job. When umpires call a fair game behind the plate, it’s rarely pointed out. But bad umpires have an uncanny ability to make themselves household names.

That’s probably why you never see people wearing the nondescript MLB logo baseball cap at the ballpark (unless you’re Rob Lowe), because it’s way more fun to cheer for Vladimir Guerrero Jr. than it is for umpires like Joe West.

Nevertheless, there were two fans who sported the full MLB umpire getup and sat behind home plate for Wednesday’s Blue Jays-Rays game, and they called the entire game like they were behind the plate.

A look at the umpire impersonators at work today during the Blue Jays game. (Video via Sportsnet/MLB) pic.twitter.com/g7bSe5TBy6

These two onlookers called balls and strikes, they reminded the pitcher what the count was, and they even pretended to throw fresh baseballs out to the pitcher when the ball was out of play.

Due to the masks, it’s hard to tell who these umpire impersonators are, but one could assume they’re the same fans who pulled this same act over a decade ago at a string of Blue Jays home games during the 2009 and 2010 seasons.

The “fake umpires” as they were dubbed, were Tim Williams and Joe Farrell. “I find it funny that something like this would be getting that much attention,” Williams told the Toronto Star in 2009. “My feeling is, if you have those front seats, you may as well have fun with it.”

In all likelihood, after a long-hiatus, the Blue Jays might have their third most famous fans perched in the seats behind home plate again. Third of course, behind “Home Plate Lady” and Geddy Lee of Rush.