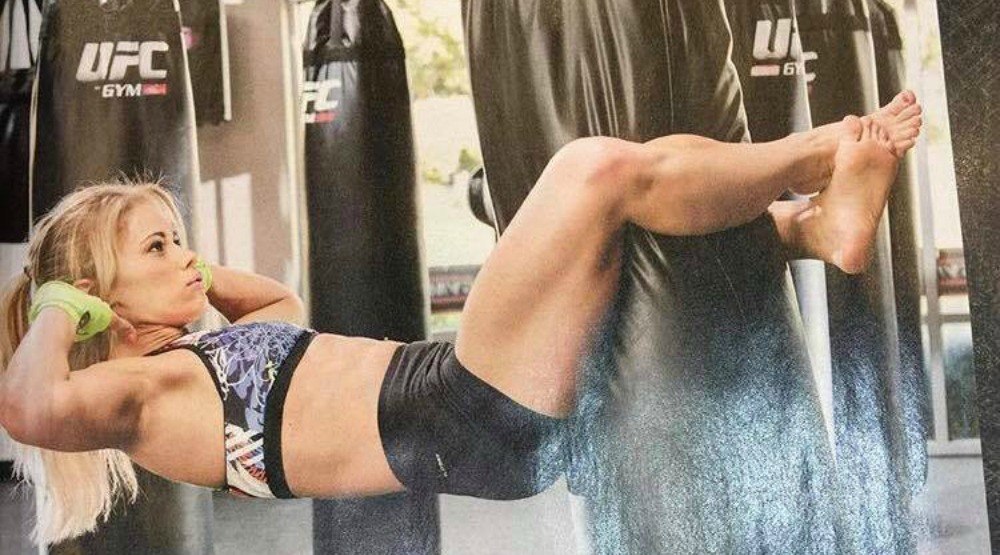 She isn’t your grandpa’s fighter.

Paige VanZant is a 22-year-old mixed martial arts champion. She ranked as 12th in the Ultimate Fighting Championship’s strawweight division. She’s been a professional fighter since 2012, has won five of her last seven fights, and is the sixth youngest fighter in the UFC.

She’s also a former Dancing with the Stars contestant, making it to the final round and finishing second, and is currently working towards her business degree.

Needless to say, VanZant isn’t your typical UFC fighter- and that’s why UFC GYM asked her to attend the grand opening of its new fitness centre in Coquitlam.

From noon to 2 pm, VanZant will be at the UFC GYM for a Q&A session, a demonstration of her UFC fighting skills, along with a meet and greet.

For anyone interested in the UFC, this is a rare opportunity to meet one of the championship’s rising stars. For everyone else, it’s an opportunity to see exactly what training like an MMA fighter could do for you.

The UFC GYM focuses on a fitness approach that combines mixed martial arts and traditional exercise. Members can have access to a UFC-style Octagon bag room, strength training and cardio machines, along with boxing, Brazilian Jiu Jitsu, and Muay Thai classes.

During the grand opening, UFC GYM will feature a number of different classes, including:

Space is limited, so you’ll want to register early. You’ll also want to make sure you get a UFC GYM pass, so you can test out all these classes for free.